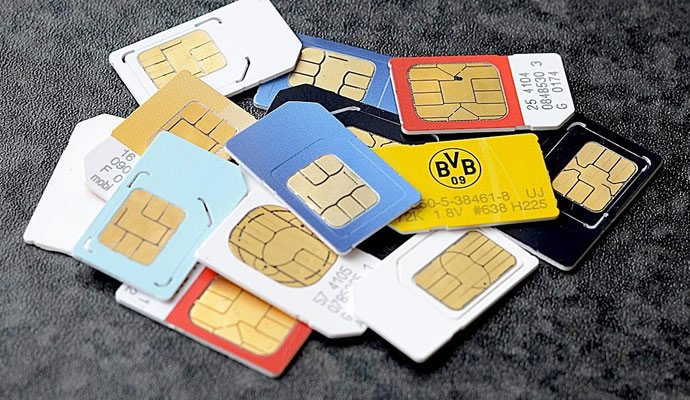 Mobile network subscribers, who were barred from making calls on Tuesday, have decried the impact of the ban by telecommunication companies on their businesses.

Some of the respondents, who spoke to NAN said they have lost millions of naira to the sudden disconnection of their mobile network lines.

The Federal Government had directed telecommunication companies to enforce compliance of the linkage of SIMs with National Identification Number.

By the directive, outgoing calls will be barred for telephone lines that have not complied with the NIN-SIM linkage policy from April 4, 2022.

A respondent at the MTN office on Wetheral Road, Owerri, Mrs Theresa Nwokocha, who owns a logistic business, said she had not been able to execute a business for the day as a result of the disconnection.

“I have been at this office since 9:00a.m. struggling to get into the MTN office to link my SIM to NIN but to no avail.

“Even the *785# code given for self-help has not been going through. I couldn’t make or receive calls from my customers since then,” she lamented.

Another respondent, Miss Chioma Obiora said, “I have been aware of the directive by the Federal Government but have not had the chance to link my SIM with NIN.

“The crowd here is too much and they are not even allowing us to go inside; those inside are also complaining that they have not been attended to due to bad telecommunication network,” she said.

Mr Chinedu Nwanguma, a businessman, who noted that the compliance affected his trade, said “they asked us to dial *785# for self-help which has not been working since morning.”

Nwanguma, who claimed that the disconnection came as a surprise to him, pleaded with the Federal Government to further extend the deadline to enable affected persons link their SIM to NIN.

Also speaking, Mr Chibuike Eke, a trader at Relief Market, admitted that he had not been able to register for the NIN since inception.

“I never envisaged that a day like this will come. I left my business to be here since morning trying to register for a NIN but the crowd is too much,” he said.