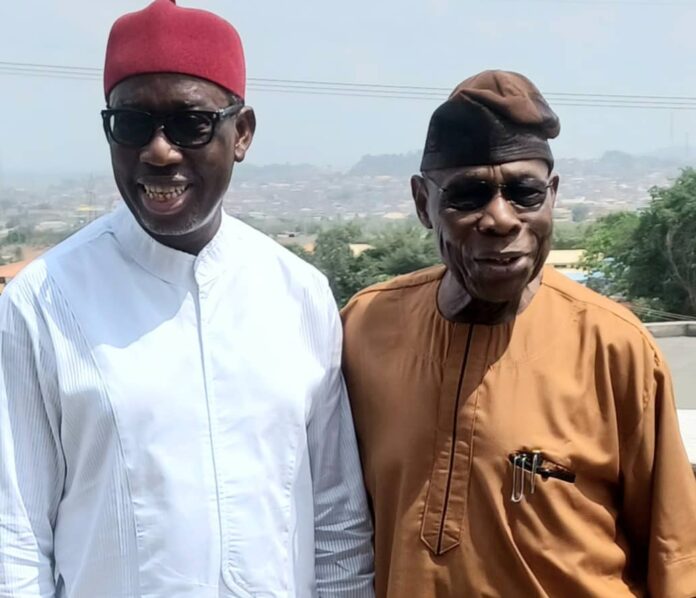 Okowa, who was on a private visit to Obasanjo, met the octogenarian at his Olusegun Obasanjo Presidential Library (OOPL) Penthouse residence, in Abeokuta.

Speaking on the visit, the governor said Obasanjo and all stakeholders including traditional rulers should be consulted in finding lasting solutions to the insecurity and economic situations battling the country.

A statement released by Obasanjo’s Special Assistant on Media, Kehinde Akinyemi, revealed that Okowa lamented that the situation in the country was getting very troubled.

According to him, the troubled situation “has the capacity to destroy our economy, which is not in our best interest.”

He stressed that the situation is getting worrisome, saying “it’s time we all have hands on deck to be able to find solutions.”

He alleged that “the APC run government cannot alone be able to deal with it and they need to find a wide and far-reaching consultation, not with those in government alone, but, all stakeholders, particularly those who have been part of running this country before and now, including even religious leaders we need to sit together and discuss the way forward.” 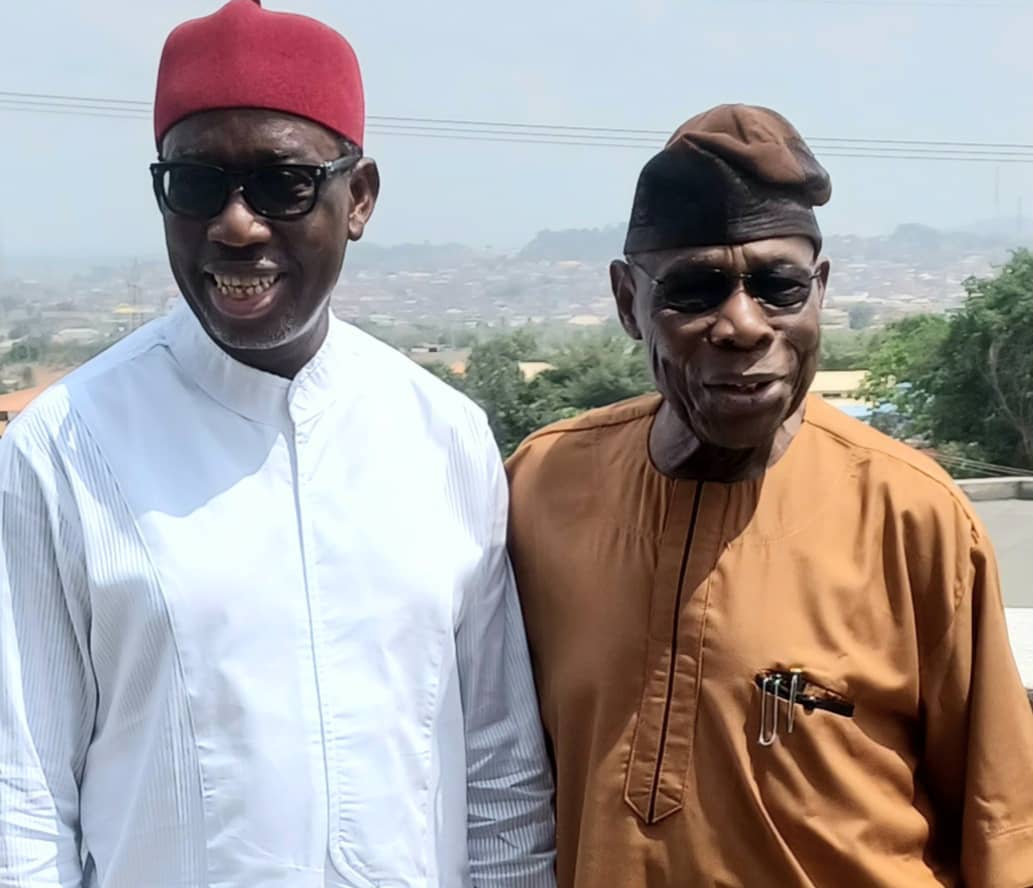 On his 2023 presidential ambition, Okowa stated he was yet to make up his mind on whether or not to contest, saying, “finding solutions to the nation’s problems is more important than the Presidential race for him.”

He disclosed that his visit to Obasanjo was to share ideas with him on the situation of the nation and to discuss with him some issues concerning his state, saying, “he willingly advised me.”

He said, “As of today, I have not made up my mind. The important thing is not about myself, it is about the nation, Nigeria. The future of hope. What level of consensus can we build in order to achieve our dream? Our dream is to see Nigeria begin to have an improvement in our security and in the level of economy. These are some things we have not achieved at the moment.

“The country is so stressed, so much stress in the land. So much unemployment, so much inflation and unfortunately the things that unite us are badly threatened and we cannot even be sure of tomorrow. These are the things we must discuss. We must all come together to stop this tide of drift at the moment, that is the type of things we should be more concerned about.”