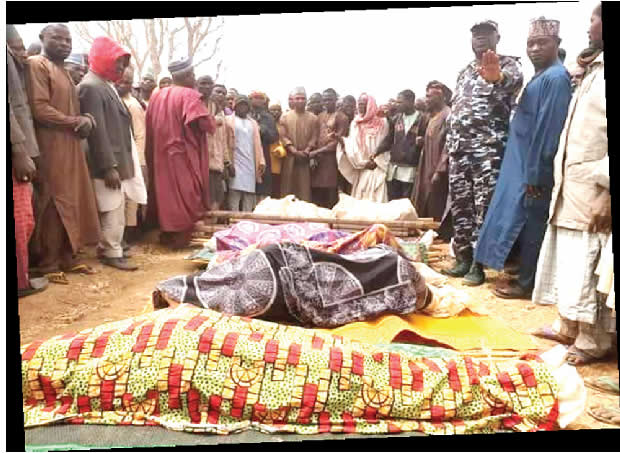 The attacks by bandits on virtually all modes of transportation to Kaduna State have intensified fear in citizens wishing to, or travelling to the northern state, which is home to most of the country’s defence institutions, OKECHUKWU NNODIM writes

Kaduna State, particularly some of its villages, has been greeted with very violent attacks by bandits and terrorists for several months amidst efforts by government to address the concern.

But the recent dimension and shift of these attacks to strategic transportation routes have assumed worrisome levels and increased fears among citizens intending to visit or travel to the state.

The Abuja-Kaduna road has been notorious for kidnappings, as bandits on several occasions have attacked motorists, seized passengers and caused severe havoc on that route.

This made many passengers to shift to the use of the Abuja-Kaduna train service, despite that the fact that the cost of going by train from Abuja to Kaduna is higher than what one pays when travelling by road.

But on two occasions, terrorists have attacked the Abuja-Kaduna train service, destroying parts of the rail tracks during both attacks, while the most recent attack led to the loss of lives, injuries and the kidnap of passengers.

Aside from attacking travellers on roads and rail service, the bandits also struck at the Kaduna airport recently, disrupting the take off of two flights from the facility and killing a security guard.

These attacks on road, rail and air transport by bandits have continued to increase fear in the minds of citizens planning to embark on trips to Kaduna State.

“Travelling on that Abuja-Kaduna road is now a nightmare because you perpetually remain in fear until you get to your destination,” Haruna Idris, a passenger at the Zuba Motor Park located along the Abuja-Kaduna road, stated on Saturday.

Idris told our correspondent that though there was increased security presence on the road, the fear of being attacked had refused to leave travellers who plied the route.

“It is true that security agencies have increased their presence on that road, but we still hear of kidnap cases on the road by bandits and this has made the fear to remain,” he stated.

He added, “Now they’ve (bandits) successfully attacked and destroyed part of the train tracks and some coaches and also kidnapped many passengers who used the last train service heading to Kaduna from Abuja recently.”

Another resident of Abuja who frequently visited Kaduna for business, Joyce Maduka, said she had to suspend her activities after the train was bombed recently.

“It is frightening to travel to Kaduna nowadays because is like there is no safe route to that state currently,” she said.

Maduka added, “You can’t fly, the (Kaduna) airport was attacked the other day. You can’t go by road because of the fear of kidnappers. Now they (bandits) have bombed the train, killed passengers and kidnapped many others.”

A lady, who identified herself simply as Mayowa, for instance, told our correspondent that her sister’s husband was among those who boarded the train and that nothing had been heard about him.

As Mayowa struggled to hold back tears while narrating her story, she said, “He couldn’t get a flight from Lagos to Kaduna and had to join Air Peace to Abuja.

“His flight was delayed and he missed the 2pm train after I’d bought the ticket for him, which was why he joined the 6pm train on that fateful Monday. His wife, my sister has been crying since that incident happened.

“We’ve not heard from him. No one has contacted us about him and no one is telling us anything here about him. What are we to do now?”

After the Kaduna airport was attacked on March 26, 2022, two indigenous airlines operating into the facility had to suspend their operations to the state, hence, limiting air travel option into Kaduna.

Following the attack, both Air Peace and Azman airlines confirmed in separate chats that they had suspended their operations into Kaduna airport due to insecurity in the state.

A spokesperson for Air Peace, Stanley Olisa, in a response to our correspondent on why the airline was no more going to Kaduna, had said, “Yes, Kaduna flights suspended due to insecurity.”

Also, the management of Azman Air had informed the general public that it would be halting its operations into Kaduna airport for a few days.

“We understand the security situation around the airport has been handled and normalcy has been restored accordingly, but it is imperative for the management to re-evaluate its operational procedures into the airport to ensure maximum safety of equipment, staff and passengers are fully guaranteed,” it stated in a notice.

The airline added, “The bedrock of our operations is safety and we will continue to explore every option to aid its delivery to the highest standard.”

Meanwhile, before the recent attack on the Abuja-Kaduna train on March 28, 2022, some part of the rail track had been bombed by suspected terrorists in October last year.

Precisely on October 21, 2021, the Nigeria Railway Corporation had to stop services on the Abuja-Kaduna route after a part of the train track was bombed by bandits.

The bandits struck again on Monday, March 28, 2022, as they attacked the last evening train, AK9 on the Abuja-Kaduna Train Service with explosives, leading to the death of about eight passengers and the destruction of the train and track.

Because of the level of damage on the track and in honour of those that lost their lives, the NRC suspended train operations on the affected route.

The Managing Director of the NRC, Fidet  Okhiria, in a telephone conversation with our correspondent, explained that there were 11 coaches on the recently attacked train worked by Loco 2502,

“Thus, the total seat capacity of the train is 840 seats. You may also recall that the train manifest contained 362 validated passengers aboard the train,” Okhiria stated.

The NRC boss also confirmed in a very recent statement that 21 persons who boarded the ill-fated train were still missing as of Saturday, while 170 others were safe.

He said, “The corporation, in continuation of its concerted effort through repeated calls, has been able to confirm the safety of 170 passengers, while 21 passengers are reported missing by the relatives who made calls to us.

“The corporation is seriously collaborating with the security agencies who had already swung into action, in line with the directive of Mr. President to do everything possible to rescue all those that are still missing.

“The corporation is also not resting on its oars as she has heavily moved human and material resources to the accident site to make sure that train services resumed without further delays in order to reduce the stress that our passengers are currently going through.”

Okhiria further noted that a high-powered restoration team, led by directors had been working round the clock to re-rail the coaches affected by the bomb blast.

The March 28 train attacked sparked diverse concerns both among senior government officials, passengers and many other citizens, for instance, the Minister of Transportation, Rotimi Amaechi, recently stated that the Nigerian Air Force would start escorting the trains.

He said efforts were also on to install security sensors on the tracks.

The minister had said, “I will speak with the President. He is already giving directives. I’m sure by the time we finish the repair of the rail tracks, we would have got approval for the security equipment and we would possibly have installed it.

“But even if we didn’t install yet, we have spoken with the management of the Nigerian Air Force to escort the trains. They were previously escorting the trains but recently the weather has been very bad and visibility dropped to below 500 meters so they couldn’t fly.

“So they’ve not being flying and this is why this (the attack) was successful. They have resumed flying and will escort the trains when we resume.”

The minister also stated that the President had approved that his ministry should employ people who would be working on the rail tracks for the next six to seven months until the security equipment was installed.

“We intend to employ villagers on the corridor so that they can report any suspicious movements to us and the security agencies,” he stated.

Also, as an aftermath of the recent train attack, the Governor of Kaduna State, Nasir El-rufai, had to beg the Nigerian military to bomb and wipe out the terrorists, stressing that the situation was getting him frustrated as governor and that he was becoming helpless.

Speaking to journalists on the matter, El-rufai had said, “We have enough intelligence for us to take action.  The Airforce undertakes enough ISR (Intelligence, Surveillance and Reconnaissance), the SSS (State Security Service) has informants all over the place.

“We know what they (terrorists) are planning. We get the reports. The problem is for the agencies to take action. Don’t wait until they attack before they respond. The Army should go after their enclave to wipe them. Let the Airforce bomb them.

“Before they were categorised as bandits and if you bomb them, you will have issues with human rights organisations and international criminal courts and so on.

“But now that have been declared terrorists by the courts, they can be legally killed without any consequences to international human rights organisations.”

The governor insisted that the camps and phone numbers of terrorists were known by the military agencies, stressing that the Kaduna State was currently in a state of war.

“We know where their camps are, we know where they are, the SSS officials have their phone numbers, they listen to them, and they give me the report. We know what they are planning. We shouldn’t be waiting for them to attack, why can’t we go after them,” El-Rufai stated.