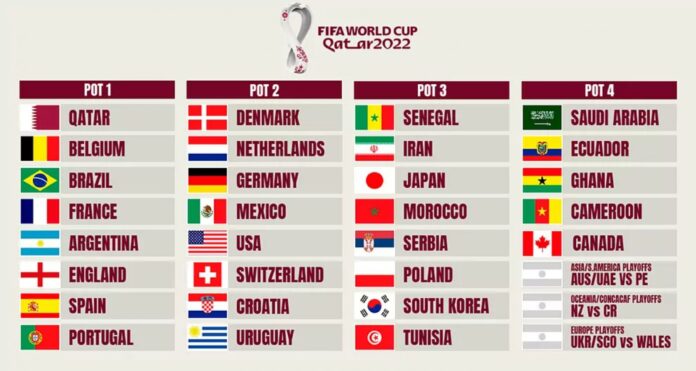 The draw for the 2022 World Cup took place recently in Doha, Qatar, as the group stage for the 32 nations was announced. Of the 32 teams involved, only 29 have been confirmed as two intercontinental play-off matches will take place in June, while in Europe one of Wales, Scotland or Ukraine will book their place at the tournament, too.

A reminder that Qatar, as the hosts of this World Cup, got Pot One shot alongside some of the tournament’s favourites, including England, France, Brazil and Argentina.

Lionel Messi and Cristiano Ronaldo could make history by becoming part of a select group of players who have managed to participate in as many as five World Cup competitions. Both Argentina and Portugal have clinched qualification to the 2022 World Cup, and the two stars are expected to feature in the competition if they stay healthy.

Is this Messi Tattoo Real?

As part of an advert for Adidas, Lionel Messi has revealed a new World Cup-inspired tattoo ahead of Qatar 2022. Is it real?

Which Players Will Miss Out On The World Cup?

The likes of Italy, Colombia, Austria, Algeria, Egypt, Sweden and Norway have all missed out on qualifying for the 2022 World Cup, so that means Erling Haaland, Mohamed Salah and some of football’s biggest stars will have to watch on as some of their club teammates take part. L’Equipe have put together this XI of the best players that will not be in Qatar in November.

Who Is Doing The World Cup Draw?

The song ‘Hayya Hayya (Better Together)’ is the first to be released from the multi-song World Cup official soundtrack, featuring Nigeria’s sons of the soil, Davido

The current favourite to win the World Cup, according to Sky Bet, is Brazil, with France, England, Spain and Germany rounding out the top five. Perhaps surprisingly, Lionel Messi’s Argentina are currently the sixth favourite to lift the famous trophy.

The USA Will Be Present

The United States men’s national team failed to qualify for the last World Cup, but they have booked their place in the 2022 edition and will be part of the draw today. As narrated by former USMNT goalkeeper Tim Howard, they have recovered from the disappointment of four years ago and can now begin to think about what is to come in November of this year.

England go into today’s World Cup draw as one of the favourites to go on and lift the trophy for the first time since 1966, and star midfielder Declan Rice has made clear that the Three Lions are backing themselves going into the draw.

The latest FIFA world rankings have been announced, with Brazil returning to the No.1 spot for the first time in five years. Mexico have also risen three places and now find themselves in the top 10.

The 32 spots at the World Cup have been split into four pots based on FIFA’s most recent world rankings, as well as rewarding those who secured a place as one of the seeded teams. Qatar, as the hosts of this World Cup, have been placed in Pot One with some of the tournament’s favourites, including England, France, Brazil and Argentina.