Home8 Fashion Brands We All Know By Name But Haven't Seen The...
Featured 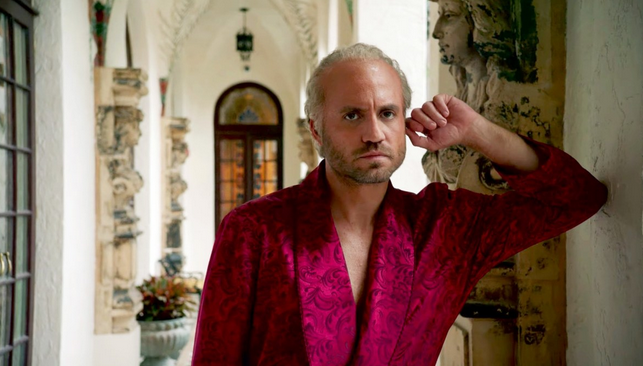 You probably have heard big fashion brands like Tommy Hilfiger, Gucci, Versace etc – and perhaps might have, at one time, thought about how they looked or the people behind them. Some of the geniuses behind these big fashion brands, may tend to be camera shy, or may choose to stay away from them, perhaps for their sanity, or to concentrate more on their craft, or perhaps for some other reasons – apparently best known to them.

Should you have ever wondered what the faces behind those beautiful, out-of-this-world and madly expensive designs looked like, we have compiled a list of the faces behind the most famous fashion brands – of course, for your reading pleasure.

Gianni Varsace had a mom who was a seamstress, so he spent a great deal of his childhood learning how to sew. He first launched a Versace boutique in 1978 and quickly went international. Gianni got his design inspirations from the contemporary and pop cultures. He was also one of the first designers to link fashion to the music world and was friends with legends like Elton John, Cher, Sting, Tupac and The Notorious B.I.G. Versace died in 15th July, 1997, after which his sister Donatella Versace took over the business.

The youngest granddaughter of Mario Prada, Miuccia Bianchi Prada took over the family business in 1978. One of the best dressed women in the world (as per Forbes), Miuccia is the head designer of the luxury brand Prada and the founder of its subsidiary Miu Miu. Although most of her designed goods look more like pieces of art than actual clothes, Miuccia abstains from merging fashion with art by proclaiming that “Art is for expressing ideas and for expressing a vision. My job is to sell.”

Domenico Dolce, 60, and Stefano Gabbana, 56, came in contact with each other mid 1980, in Milan when they both were working for the same fashion house. Afterwards, they created their own fashion label five years later. Dolce & Gabbana later became known for their sensual and sexy style, often inspired by classic and feminine looks of the women of Sicily. The business partners also also share their romantic life together.

The duo are known to always be associated to one controversy or the other – the most recent one was stirred up last year when they posted a video on their social media accounts, of an Asian model eating Italian food with chopsticks. Dolce & Gabbana was accused of racism and their show in Shanghai was cancelled.

Roberto studied weaving techniques at a young age, which fascinated him more than his actual formal school studies. It soon became an inspiration to drop out of school and open his own textile printing business, that slowly made him a name in the fashion world. At 32, Roberto Cavalli presented his first ready-to-wear collection in a Paris fashion show organized at that time. Not long after, he opened a fashion boutique in Saint-Tropez and his name became synonymous with glamorous and sexy style.

Thomas Jacob Hilfiger, born March 24, 1951 (age 68) after working in a clothing store on Cape Cod in 1969, decided to use his life savings of $150 to open a clothing store in 1971. The People’s Place soon went bankrupt in 1977. After bankruptcy, he moved to New York City – the fashion capital of the US – where he worked for several brands. By the age of 28, he once again took a shot at creating his own clothing company, called Tommy Hill. Six years later, he established the Tommy Hilfiger Corporation which was destined to become one of the most recognizable fashion brands in the world.

Tom Ford, 58, have shown without a doubt to be the master of all, this can be shown in his professionalism in his career path as a fashion designer, film director, screenwriter, and film producer. Mr. Ford is of many talents and not only designs clothes and make up, but has directed such movies as A Single Man and Nocturnal Animals. Tom spent his childhood in the suburbs of Texas and later – in New Mexico. Tom launched a line of menswear, beauty wear, and accessories back in 2006. You can take a break ladies, he’s gay, and definitely very much married to his gay partner

Even though John has been proclaimed as one of the greatest British designers and even has been named British Designer of the Year four times, his career has seen its sunset after the scandal of 2011. Apparently, John holds anti-Semitic views and was not afraid to express it in a public place, after, probably, having one or two glasses of wine. Therefore, to no surprise, his own label was shut down the same year and he was fired from Christian Dior.

Having been born to Jewish parents in 1942, Calvin Richard Klein launched his company that would later become Calvin Klein Inc., in 1968. He is renowned for being an amazing businessman that took undergarment fashion to a whole new level. Thanks to this veteran fashion genius, the world now craves for panties with a CK line on them. Of course, that’s not all that he crafts – the brand Calvin Klein also produces clothes, perfume and accessories.