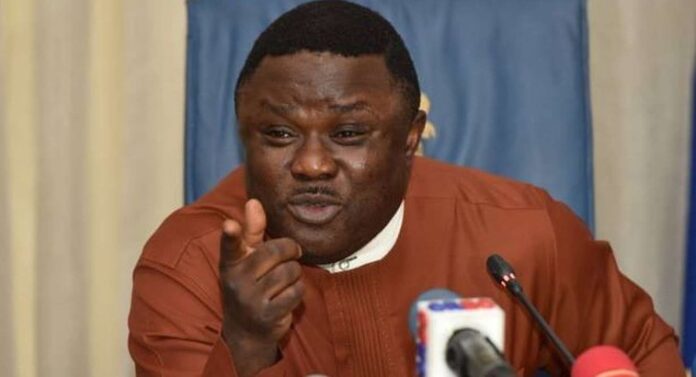 An aide to Governor Ben Ayade of Cross River State, Christian Ita, says there is nothing to worry about the deferment of the judgment on the defection suit filed against his principal by the Peoples Democratic Party.

The court had fixed Wednesday for judgment on the case but the matter was deferred till Thursday (today) after Ayade’s lead counsel, Mike Ozekhome (SAN), drew the attention of the judge to the judgment of the Court of Appeal, Enugu Division on the defection of Governor David Umahi of Ebonyi State.

Speaking on the deferment, Ita, who is the Special Adviser Media and Publicity to the governor, said, “It is a normal court process. We are not worried.”

The Federal High Court in Abuja had earlier on Wednesday shifted the judgment day the second time, having earlier shifted same from March 25 to Wednesday, April 6.

The judge, however, fixed Thursday as the new for judgment day after the counsel representing the parties in the suit addressed the court on the judgment of the Court of Appeal, Enugu Division on Umahi.

Emmanuel Ukala (SAN), who represented the PDP, insisted that the subject matter, issues raised for determination, and the interpretation of certain provisions of the 1999 Constitution in the cases of Umahi and Ayade were completely different.

He said the prayers of Umahi at the Abakiliki High Court were different from what the PDP was seeking at the Federal High Court in Abuja.

Ozekhome informed the court that the case decided at the Court of Appeal in Enugu was the same as the case at the Federal High Court in Abuja.

He posited that considering the principle of stare decisis, the trial court was bound by law to follow the precedent set by the appellate court in Enugu.

In its prayers, the PDP had asked the court to sack both Ayade and his deputy, contending that the duo, having abandoned the political party that sponsored their re-election, ought to vacate their respective offices.

The PDP predicated its position on the provisions of Section 221 of the 1999 Constitution and the democratic system of governance operated in Nigeria.