My dream as a rugby, football player –Obadan 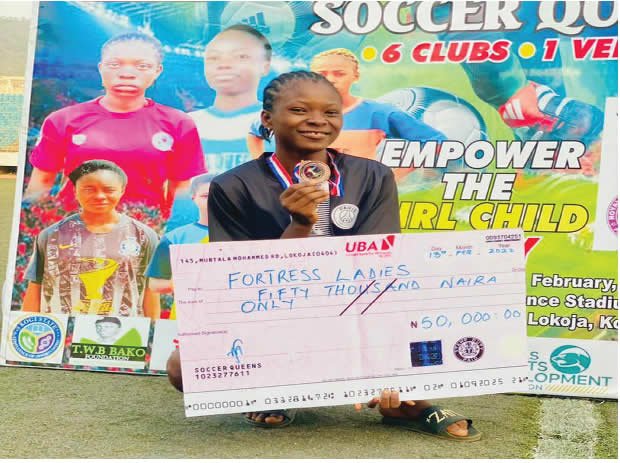 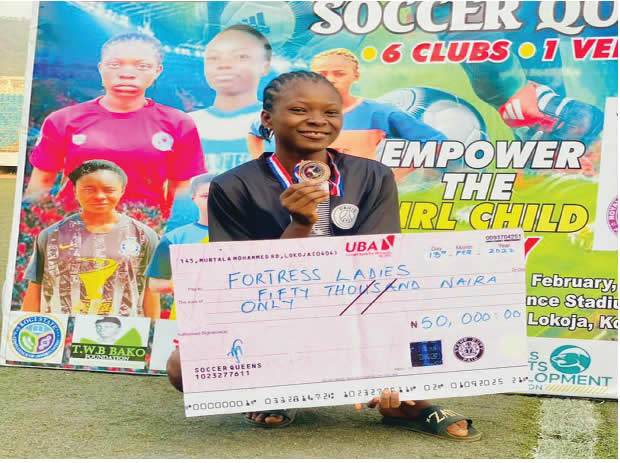 National Youth Games gold medallist and multi-talented athlete Imade Obadan, 15, is catching the eye in Edo State with her performances as a rugby and football player. She tells ’TANA AIYEJINA about her passion for both sports and her future ambition in this interview

Why did you decide to engage in sports?

Right from when I was a little kid I always dreamt of being an athlete. So, when I was growing up, I decided to go for rugby at first because when I watched the game I fell in love with it. I first watched rugby online before I saw people playing it in Benin City. With time I then started playing football because I love both games. In rugby I play first and second center, while in football I play right-back. I’m also a goalkeeper. In rugby, I play for Pitbull RFC, while Fortress is the name of my football club. They are both in Benin City.

Recently you were in Oyo for a football competition. How was the experience?

That’s my first time of playing in Oyo State, specifically in Igbo-Ora and it was a blast, all thanks to God. I learnt so many things there, like how to be cooperative with your teammates and that no matter how good your opponents are, just believe you can conquer them by playing together as one big team. We ended up in fourth place out of 21 teams that came for the event.

Who are your role models in rugby and football?

Has it been easy combining education and sports?

I always go for training after lectures, though it wasn’t easy but I tried managing. After training, I do spend some time reading so I don’t lose focus of any of the two; they are important aspects of my life.

What are your ambitions as a sportsperson?

How did you feel when you won rugby gold at the Youth Games in Ilorin last year?

It was blissful when we won and the Edo State Government rewarded the players with N40, 000 each. I hope and pray that we win more competitions.

How tough was the girls’ rugby final against rivals Delta at the Youth Games?

Generally, the competition was tough, very tough. Though there were injuries, they were not much. In the final we played against Delta State and won 26-5.

Did your parents support you when you started?

Yes, my family has been there for me. They are the ones providing my sports wears, like buying of my boots and jerseys, including my transportation to and from training.

There’s a general impression that rugby is dangerous, do you agree?

Yeah, people say it’s a rough game, but I just love it. Like I stated earlier, when I watched it for the first time, I just fell in love with it.