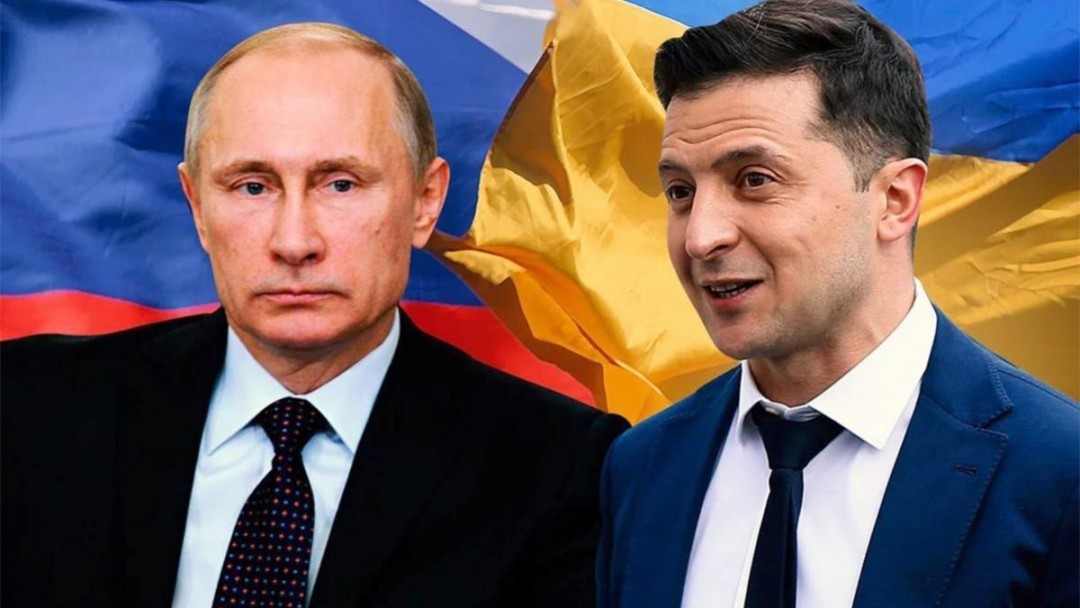 As the war between Russia and Ukraine nears its sixth week, there have been a lot of interesting plots and sub-plots.

Ukraine tells residents in the country’s east to evacuate “now” or “risk death” ahead of a feared Russian onslaught on the Donbas region, which Moscow has declared its top prize.

Deputy prime minister Iryna Vereshchuk writes on Telegram that the governors of the Lugansk and Donetsk regions, part of the Donbas, and the nearby city of Kharkiv “are doing everything to ensure that the evacuations take place in an organised manner”.

US President Joe Biden has denounced the killing of Ukrainian civilians in the town of Bucha allegedly by Russian troops as “war crimes”.

“Civilians executed in cold blood, bodies dumped into mass graves, the sense of brutality and inhumanity left for all the world to see, unapologetically. There’s nothing less happening than major war crimes,” he said, urging the world to hold the killers accountable.

Russian President Vladimir Putin accuses Ukrainian authorities of being behind “crude and cynical provocations”, after they said hundreds of civilians were found dead in the town of Bucha when Russian troops withdrew.

The Berlin government says that satellite images from last month provided strong rebuttal of Russian denials of involvement in civilian deaths in Bucha.

“Russian declarations” that images of civilian deaths “were posed scenes or that they were not responsible for the murders are in our view not tenable”, government spokesman Steffen Hebestreit says.

It also declared “full blocking” sanctions on Russia’s largest public and private financial institutions, Sberbank and Alfa Bank, and says all new US investments in Russia are now prohibited.

Britain has slapped new sanctions on Russia, targeting two banks and eliminating all Russian oil and coal imports by the end of the year.

Russian strikes have killed four people and wounded four others near a humanitarian distribution point in the east Ukraine region of Donetsk, the regional governor said.

NATO chief Jens Stoltenberg says there is no sign Putin has dropped “his ambition to control the whole of Ukraine”.

Hungarian Prime Minister Viktor Orban, one of Putin’s rare allies in Europe, says he has urged the Russian leader to declare an immediate ceasefire in Ukraine.

He also invites the leaders of France, Germany and Ukraine to meet Putin in Budapest.

The UN General Assembly will vote Thursday on suspending Russia from the UN Human Rights Council as punishment for invading Ukraine, the assembly presidency says.

A day earlier, Ukrainian President Volodymyr Zelensky had also called for Russia to be expelled from the UN Security Council “so it cannot block decisions about its own aggression, its own war”.

Russia says it had made payments on dollar-denominated foreign debt in rubles, adding to fears the country is headed for a sovereign default.

The finance ministry says it was forced to make the $649.2-million payment in rubles after an intermediary bank refused to execute the payment but did not say whether the payment was accepted.

Pope Francis says during his weekly audience the “recent news about the war in Ukraine, instead of bringing relief and hope, instead attests to new atrocities, such as the Bucha massacre”.

A Red Cross convoy arrives in the southern Ukrainian town of Zaporizhzhia after failing to reach the besieged port city of Mariupol, an AFP journalist reports.

Seven buses with around 300 people onboard accompanied by the International Committee of the Red Cross, and at least 40 private cars arrive in the southern town.