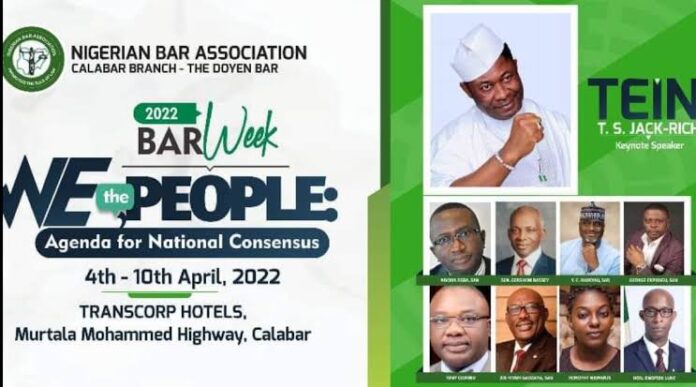 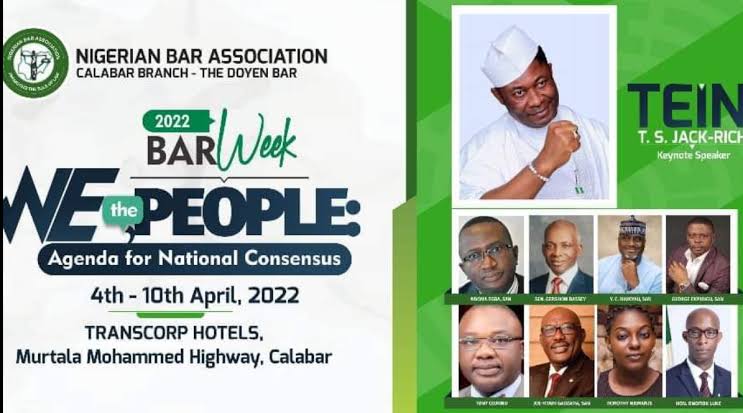 The Nigerian Bar Association, Calabar Branch (the “Doyen Bar”) has urged Nigerians to hold elected officials accountable, ahead of the 2023 general elections.

The Branch Chairman and former Attorney General of Cross River State, Attah Ochinke, made the call in Calabar at the ongoing activities to mark this year’s Law Week.

He said, “Before now, each time we have elections as it is in Nigeria today, if you, the ordinary citizen makes a comment about how the government is being run, it is as if you are ‘poke-nosing’, criticising or meddling with constituted authority.”

Ochinke noted that it was within the citizenry rights of Nigerians to question the leaders they electorally empowered to represent them in steering the affairs of the country.

“If there is corruption and we point at the government official involved, and say you’re wrong, we are doing the right thing,” he remarked, urging the people to participate in democratic governance “by standing up to make our point when the occasion demands”.

“Democracy is not self-enforcing: if you don’t enforce it, stand up as a people to guide it, it will derail.

He emphasised the need to raise the political consciousness of the people to see their votes as same as hiring “people that will conduct their affairs”.

“So, when you go to vote, understand the consequences of your vote, which is that, you are choosing people who will manage your affairs for the next four years,” he stressed.

Ochinke said with the theme for this year’s Bar Week: ‘We, the People: Agenda For National Consensus’, they hope to “discuss the rights of the people; the position of the people in democratic governance, and to what extent the ordinary citizen should be involved in governance”.

Also speaking, a Senior Advocate of Nigeria and Chairperson of the Organising Committee of the Law Week, Nella Andem Ewa, said Nigeria’s reality had inspired the theme of this year’s event.

Ewa said it was high time Nigerians interrogated the plaguing issues besetting Nigeria as a nation, including interrogating “our thought process, and see if we can identify a consensus for the development of the country”.

“We are at that point in our history where we have to interrogate issues: What is that repeated issue we continue to ask even when we debate, even for the man who had never opened the book – it seems to go back to the Constitution.

“This goes back to we – the people, does it answer the questions we all are asking in terms of our aspirations, or is it that it has never been a reflection of what we actually agreed to do together?

“The question now is, are we at that stage where we really must interrogate the issues that continue to beset us as people, then we must interrogate our thought process and see if we can identify a consensus,” the SAN remarked.