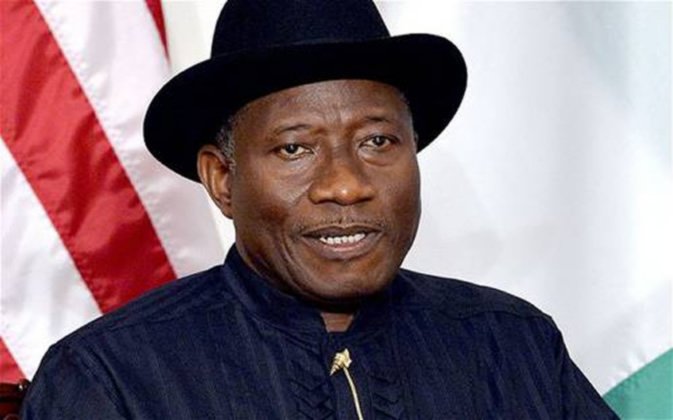 The Ijaw Youth Council Worldwide has said the accident which involved a car in the convoy of former President Goodluck Jonathan in Abuja was an attempt by some conspirators to kill him.

This is according to a statement by the National President, IYC, Peter Igbifa, in Port Harcourt, Rivers State on Thursday, where he stated that the incident was connected to the forthcoming 2023 elections.

The PUNCH had reported that a vehicle in the convoy of the former President was involved in an accident on Wednesday, where two police officers died.

After the incident, Jonathan had expressed sadness over the tragic death of the officers adding that it had thrown him into “deep mourning”.

Igbifa noted that it was an attempt to stop Jonathan from returning to Aso Rock in 2023 as President.

The statement read in part, “It is obvious that some people are after the former President. They want him dead. And we believe it is not unconnected with the constant appearance of his name in the forthcoming 2023 election.

“To such satanic agents, the only way to stop the rumoured plot to return Jonathan back to Aso Rock in 2023 is to eliminate him. We know in Nigeria, there is nothing desperate politicians, who see others as a threat to their ambitions, cannot do.”

Igbifa warned that the entire Niger Delta and the Ijaw nation would rise in an unprecedented revolution that would completely shut down the economy of the country if anything happened to Jonathan.

He said Jonathan was not just an asset to the country but a priceless and cherished gift to the global community because of his disposition for peace and entrenchment of democratic values in Africa and the world.

Igbifa called on the security agencies to investigate the circumstances surrounding the incident beef up security around the former President.

The IYC president added that those who intended to stop Jonathan from becoming President again should do so using other means that would not involve the loss of lives.

“We can swallow all the insults and marginalisation thrown at us as a people but what we cannot take is making attempts on the lives of our icons.

“Therefore, those who are against the return of Jonathan to Aso Rock should explore other peaceful ways to stop him instead of resorting to violence that can plunge the entire country into endless crisis.

“This is the same with any Niger Deltan contesting for the office of President across political parties. Don’t attempt to take their lives rather, defeat them politically.

“We are calling on security agencies to rise up to their responsibilities and beef up security around the former President. They should probe this accident and make public the circumstances that led to it. The blood of our hero cannot be used to settle political scores,” Igbifa said in the statement.