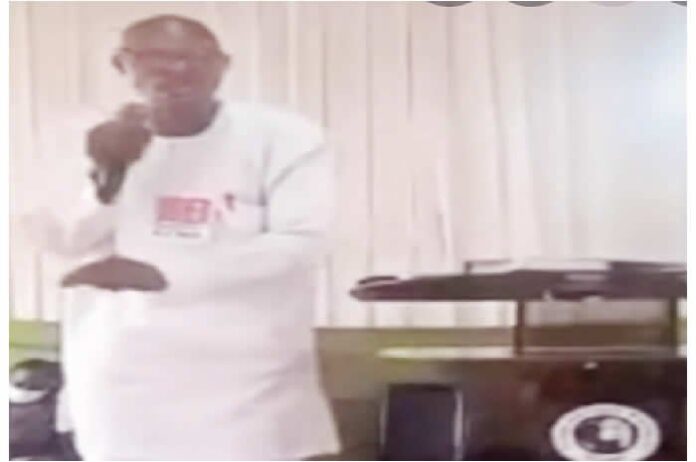 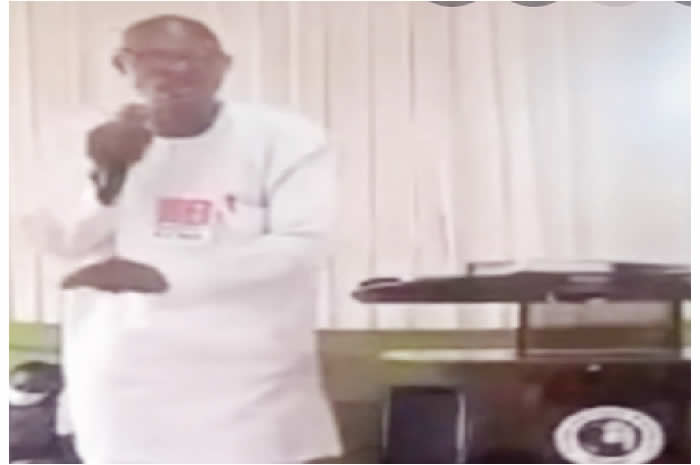 The pastor of the Evangelical Church Winning All, Reverend Elisah Ogundiya Wednesday, said the death of Elder Francis Ogunnusi, who slumped while preaching in the church, was spiritual and not medical related.

Ogundiya said he would complete the sermon of the late Ogunnusi next Sunday, saying he got inspiration from the script of the sermon prepared by the late preacher.

He said Ogunnusi was not a pastor or deacon in the ECWA church but was known as an elder in the church.

Ogunnusi had on Sunday slumped on the pulpit while delivering a sermon on death at the church headquarters in Onikoko area of Abeokuta, Ogun State.

Speaking on the incident, the Pastor, on Wednesday, told newsmen that he saw how the preacher suddenly fell with the microphone in his hands and died on the pulpit.

He said he was rushed to a nearby private hospital where he was pronounced dead before taking his corpse to the mortuary at the Federal Medical Centre, Abeokuta.

Ogundiya described the death of Ogunnusi as a personal loss to him, saying he usually assigned sermons to the deceased twice a year.

He explained that three days before his death, Ogunnusi and himself had gone for a medical checkup while the deceased bought the drugs prescribed.

The cleric admitted that when Ogunnusi slumped on the pulpit, there was a bit of commotion in the church, but was later brought under control.

He said: “He fell down and the microphone also fell. So, the sound of the mic was loud. Although at that time, he had asked people to look into their bibles and they were busy reading. So, they just heard the sound and were shocked; but, nobody even went out of the church.”

The ECWA pastor said contrary to speculation that the pastor died because of his carelessness to his health, his death came as a surprise, and it was not due to any illness.

When asked if the death was health-related or spiritual, Ogundiya said it was spiritual.

He said, “It was spiritual. The spirituality in it is that he was convinced that one day, death would come. He said at the introduction of the sermon that if he was privileged to preach again because I assigned him to preach maybe once in a year or twice, he would conclude that sermon on death.

“It is not as people have been insinuating that he didn’t take care of his health. But what we concluded was that it was God because he had yet to complete the sermon when he died.

“He told me he bought about N20, 000 drugs, and every morning, we went on exercise except Sundays and Saturdays.

“He was a cardio patient which he managed for years. That is why I said apart from the elderly care unit, he also went to the cardio section for a follow-up up.”