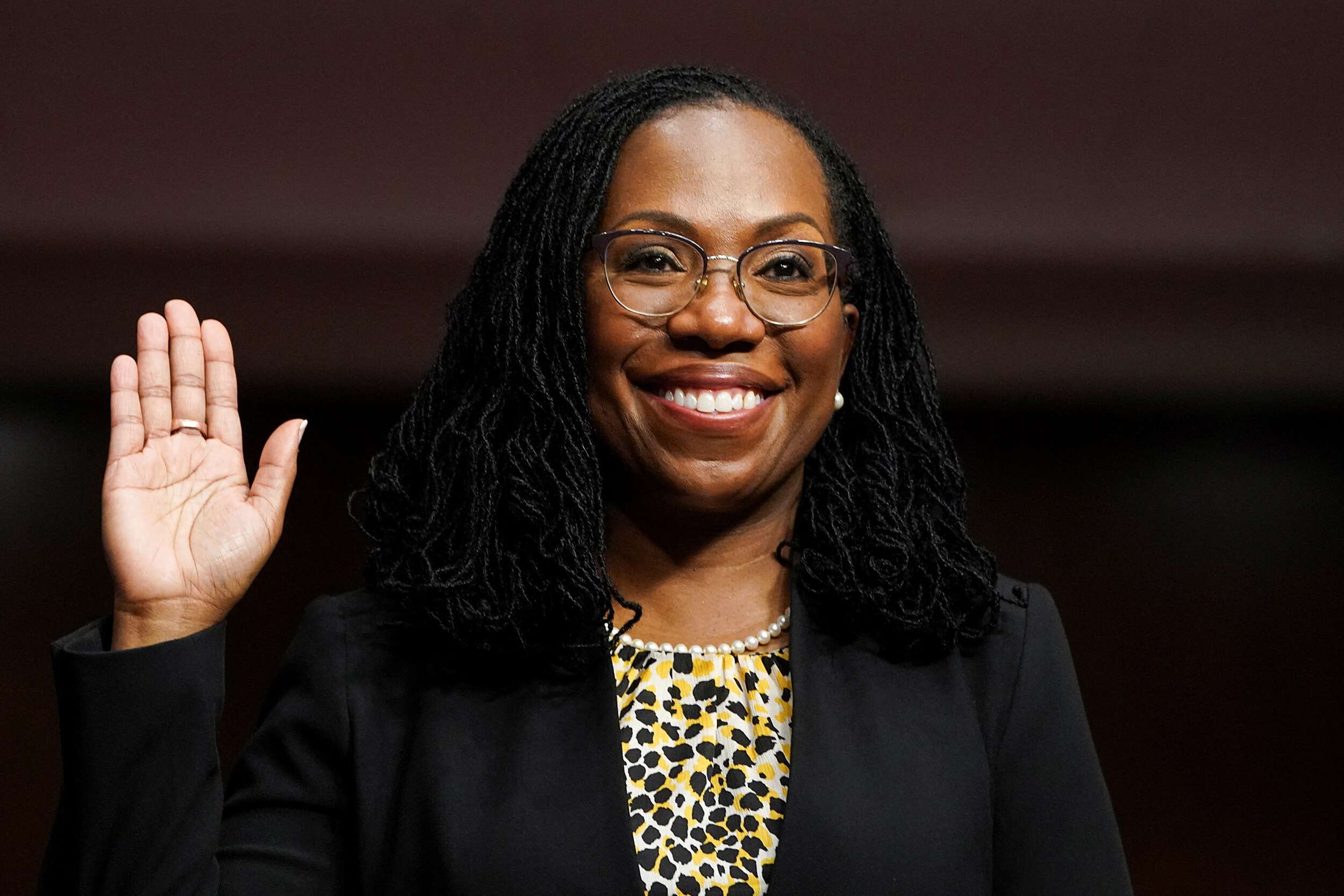 The United States made history on Thursday as the Senate confirmed Ketanji Brown Jackson as the first Black woman ever to serve on the Supreme Court.

The 51-year-old’s appointment means white men will not be the majority on the nation’s high court for the first time in 233 years.

President Joe Biden called it a “historic moment for our nation.”

“This milestone should have happened generations ago… but we are always trotting on a path towards a more perfect union. Nevertheless, America today is taking a giant step towards making our union more perfect,” Democratic Senate Majority Leader Chuck Schumer said.

“People sometimes talk about standing on the shoulders of giants; well, Judge Jackson will go down in history as an American giant upon whose shoulders others will stand tall. And our democracy will be better off for it.”

Jackson picked up support from three Senate Republicans during a grueling and at times brutal confirmation process, delivering Biden a bipartisan, 53-47 approval for his first Supreme Court nominee.

It is a huge moment for the president, who chaired the Senate Judiciary Committee in the 1980s and 90s, meaning he has the unprecedented distinction of both naming and overseeing the appointment of a Supreme Court justice.

Crucially, it has allowed Biden to show the Black voters who rescued his floundering 2020 primary campaign that he can deliver for them following the recent defeat of voting rights legislation.

At 42 days, the confirmation will be among the shortest in history, although longer than it took to seat Donald Trump’s last court pick during his presidency, Amy Coney Barrett.

It is also a check on the power wielded by the other branches of government and the arbiter of disputes covering all aspects of American life, from religious liberty and voting rights to gun ownership and abortion access.

Four of the justices on the nine-member court will be women once Jackson takes her seat, making it the most diverse bench in history — although they all went to law school at Harvard or Yale.

Of the five men on the bench, four are white, and Clarence Thomas is African American.

Jackson, who watched the vote at the White House with Biden, is the only nominee of a Democratic president to be confirmed since Elena Kagan in 2010.

She replaces the retiring liberal Justice Stephen Breyer, for whom she clerked at the turn of the century.

So while her confirmation is a milestone, it won’t change the 6-3 conservative majority on the court, and that took some of the sting out of a fight that could have been even more vitriolic.

– ‘Corrosive politicization’ -Nevertheless Schumer, who has had to endure a 50-50 Senate longer than any majority leader in history, had to steer Jackson through a contentious and emotionally draining confirmation process.

Republicans accused the Washington appeals court judge of being “soft” on child pornographers, despite her sentencing record being in line with other federal judges.

Lisa Murkowski, one of a Republican trio of Jackson backers, said in a statement her endorsement was a “rejection of the corrosive politicization of the review process.”

Another Republican Jackson supporter, Susan Collins, lamented how partisan the process had become, noting that senators used to give presidents from the opposing party more deference on Supreme Court picks.

“This is the approach that I plan to continue to use for Supreme Court nominations because it runs counter to the disturbing trend of politicizing the judicial nomination process,” she said.

While the process was highly divisive, Jackson has maintained strong backing among the voters paying attention to her confirmation.

A new Politico/Morning Consult poll showed almost half of voters said the Senate should support her. Just 26 percent don’t think she should get a yes vote, while 25 percent had no opinion.