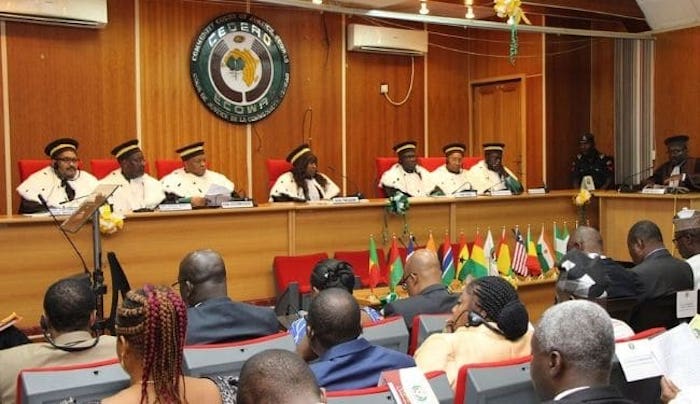 The Republic of Mali has condemned the West African Economic and Monetary Union (otherwise known in French as the Union Economique et Monétaire Ouest Africaine), over its refusal to obey its own Court of Justice verdict, mandating a prompt stay of execution of earlier sanctions imposed upon it (Mali) by the governing body of the UEMOA.

This was disclosed in a statement signed by Mali’s spokesman and Minister of Territorial Administration and Decentralisation, Col. Abdoulaye Maiga, made available via Twitter on Thursday.

The statement is a response to the “illegal, illegitimate, unfair and inhuman sanctions” levied against Mali on January 9, 2022, during the Conference of Heads of State and Government of UEMOA held in Accra, Ghana.

In its earlier resolution delivered during its January summit, the UEMOA had instructed all financial institutions under its umbrella to suspend Mali, whilst accusing its ruling military junta of delaying elections – a move perceived as a ploy to reinstall democratic rule after the 2020 and 2021 coups.

Subsequently, the Government of the Republic of Mali had challenged the decision before the UEMOA Court of Justice for a suspension of the sanctions on the merits and for a stay of execution, pending a detailed ruling of the court on the matter.

According to the statement, the UEMOA Court of Justice, by Order No. 06/2022/CJ dated March 24, 2022, had ordered a “prompt stay of execution of the sanctions pronounced by the Conference of Heads of State and Government of the UEMOA”.

However, the Malian government, on Wednesday, said it noted “with regret that, despite being notified twice by Mali and by the Court, the Commission and the Conference” had yet failed to comply with the order, which it said was “immediately applicable and not subject to appeal”.

“The Government strongly denounces this attitude which constitutes a flagrant denial of justice and is at odds with the requirements of the rule of law, which impose respect for legal decisions,” the statement said.

Furthermore, the Malian government called on the ECOWAS, the African Union and the United Nations, to “actively engage” in enforcing UEMOA’s compliance with “international legality and the decisions of its own judicial control body”, and urged the international community to take into consideration the socio-economic impact of these sanctions on the general wellbeing of the Malian people.

It also warned that such impunity constituted actions capable of impugning the “credibility and reliability of this institution”.

In line with its strong desire to reintegrate with the rest of its West African counterparts to booster economic growth and development, the Malian government reiterated its commitment for “dialogue and consultation with a view to reaching an acceptable compromise with the sub-regional organisations”.

It said such compromise “must necessarily reconcile the aspirations of Malians for peace, security, and political reforms with the expectations of the region and the international community”.