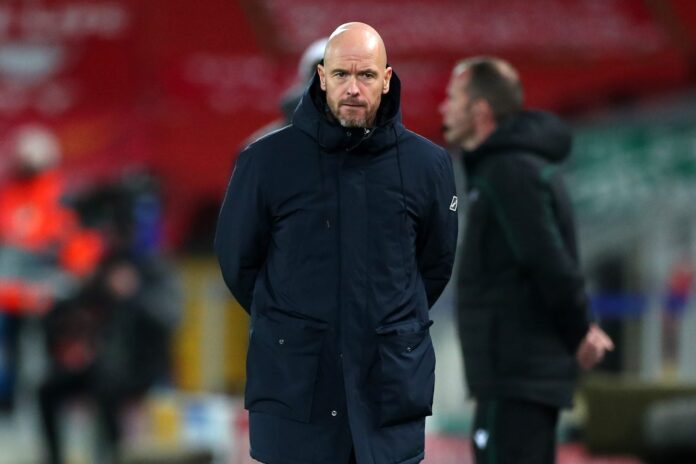 Manchester United are close to finalising the appointment of their new manager with Erik ten Hag expected to be their chosen candidate.

Sources from Ajax and the Dutchman’s camp told Sky Sports News last week talks over compensation and how to handle a formal announcement had taken place, after he impressed in his interview.

United denied having official discussions and called such an advanced reading of the situation “premature”.

The club have stuck to that line, insisting no deal has been done with anyone. United’s position is also that the process is still underway with multiple candidates, and they will not be providing running commentary on it.

Ten Hag has a year left on his Ajax contract but excellent relations between the clubs have made talks more straightforward and the Eredivisie club will not stand in his way.

He has long been admired internally, is a popular candidate, and was the easiest to secure on their shortlist of four.

Mauricio Pochettino has been his only true rival for the job, but negotiating with Paris Saint-Germain would be an altogether different prospect than dealing with Ajax. The Dutch club have been helpful rather than obstructive and it is understood Ten Hag’s compensation price is a lowly £1.7m compared to £15m for the Argentine.

Julen Lopetegui stated his desire to remain at Sevilla, while Luis Enrique’s commitment to leading Spain out at the World Cup was too complicated a situation to navigate.

That left a straight battle between Pochettino and Ten Hag, with a split amongst the decision-makers on how to proceed now seemingly resolved.

The latter pair have understood to have plumped for Ten Hag over Pochettino, who twice before had been the club’s favoured choice to take charge.

United insist no appointment is imminent.