One dies as two fuel tankers explode in Ogun 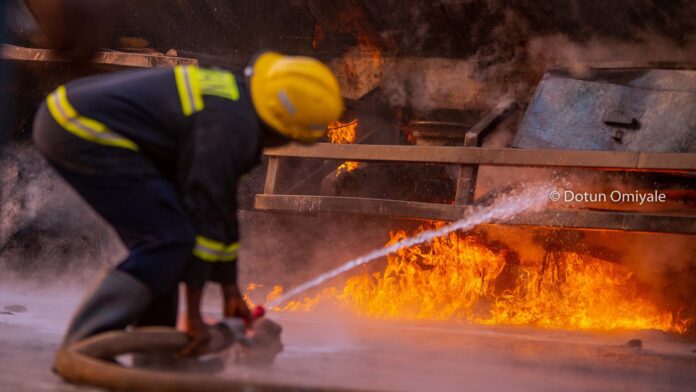 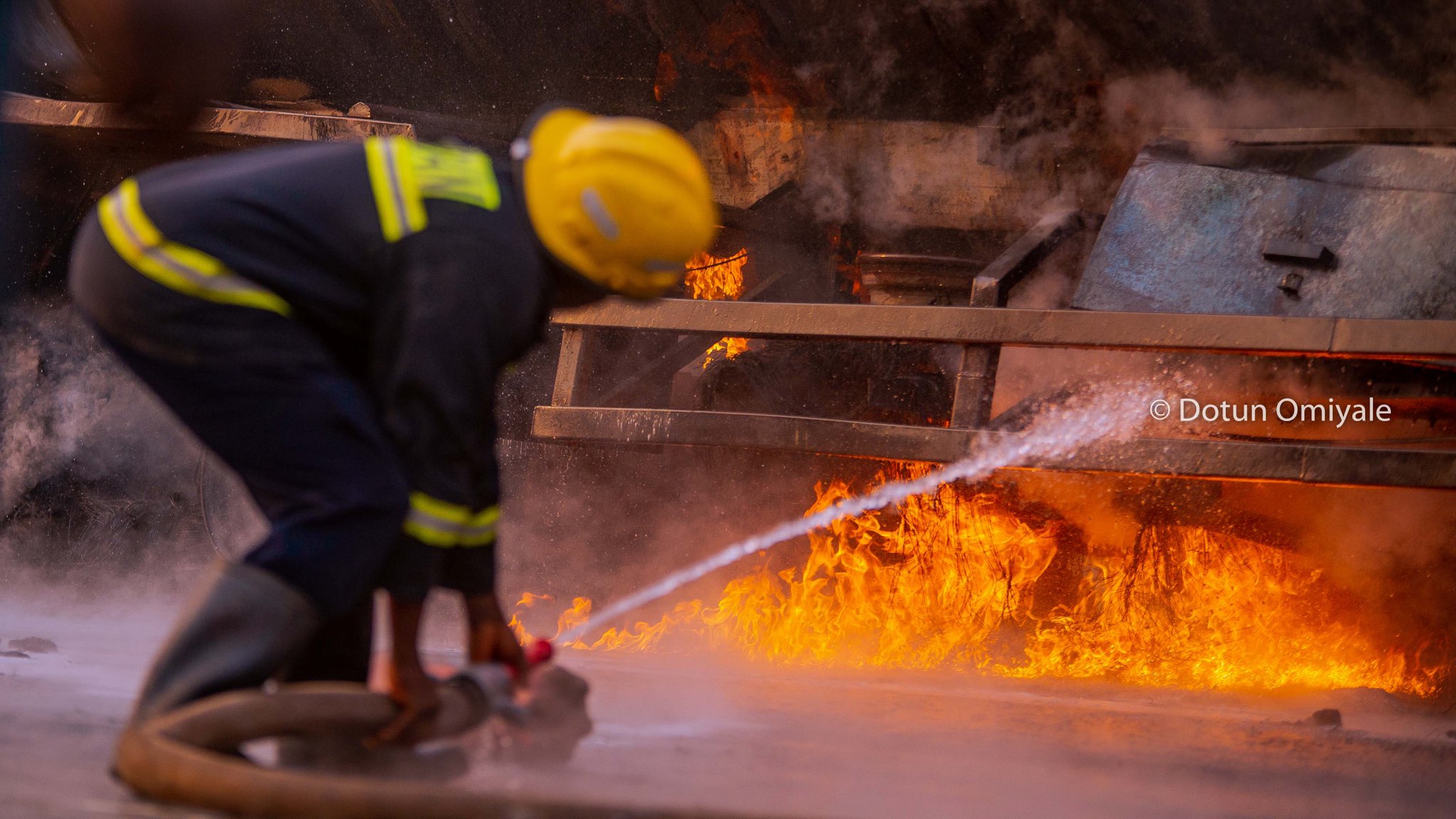 An explosion that occurred on Wednesday on the Ijebu Ode- Ibadan Expressway has claimed the life of a yet-to-be-identified male adult.

Akinbiyi said an eyewitness account revealed that the driver of the first tanker loaded with Premium Motor Spirit popularly known as petrol, was speeding thus, lost control of the vehicle, fell into a ditch and caught fire.

He added that another tanker driver also driving a tanker saw the first tanker on fire and decided to help out, but in the process, his tanker too got engulfed by fire.

Akinbiyi said one person died in the inferno but could not make a categorical statement on his identity.

Akinbiyi said, “The incident happened at midnight, one person (male) died in the tanker fire.

“Our men relying on eyewitness accounts could not categorically say anything about the identity of the person who died in the inferno. However, the victim was trapped by the fallen tanker.”

He explained that firefighters fought the inferno this morning and had to go for a refill to effectively contain it.