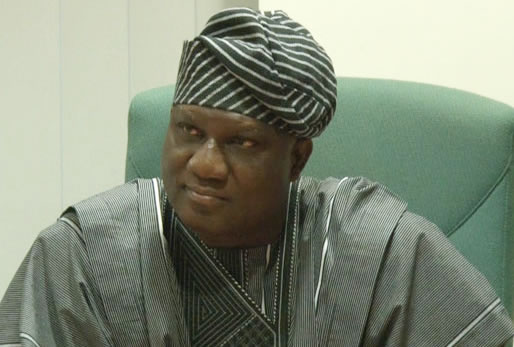 Ex-Deputy Speaker of House of Representatives, Lasun Yusuf, on Thursday, emerged as the Labour Party’s candidate in the forthcoming Osun governorship poll.

Yusuf, who declared he would win the July 16, 2022 poll, promised to pay attention to education, health, agriculture and the local economy of Osun state when elected governor.

The ex-federal parliamentarian, who represented Irepodun/Olorunda/Osogbo/Orolu Federal Constituency between 2011 and 2019, participated in the February 19 governorship primary of the All Progressives Congress but lost.

But he resigned from the APC on Friday, March 25.

Unveiling Adeola Atanda, an indigene of Iwo, as his running mate, Yusuf, in his acceptance speech, charged LP members to return to their various wards and garner support for the party.

“In my political career, I have always had the aspiration to run for the governorship of Osun State. Twice, I have tried in another party but today, Labour Party has given me a platform to run. By the special grace of God, we are going to win.

“Because of this opportunity given to me, I will be eternally grateful to members of the Labour Party, who stood firm despite the fact that no election has been won by the party since 1999 when we started this experience.

“I am assuring you that I, Sulaimon Lasun Yusuf, have accepted the candidacy of the Labour Party to run for the governorship and we are going to win. As from today, you are not going to be talking to a candidate, but a governor-in-waiting.

“Those that said my impact will not be felt in APC are living in mirage because I have been in active politics since 1983. I have contested for election on several occasions especially the election as a federal lawmaker which I contested in 2007 and became one of the longest Election Tribunal cases in Nigeria which lasted for over 3 years. I later became the Deputy Speaker of House of Representatives.”