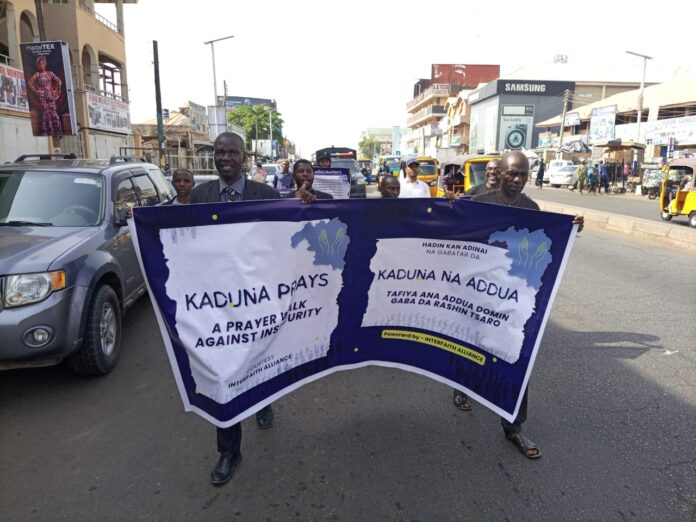 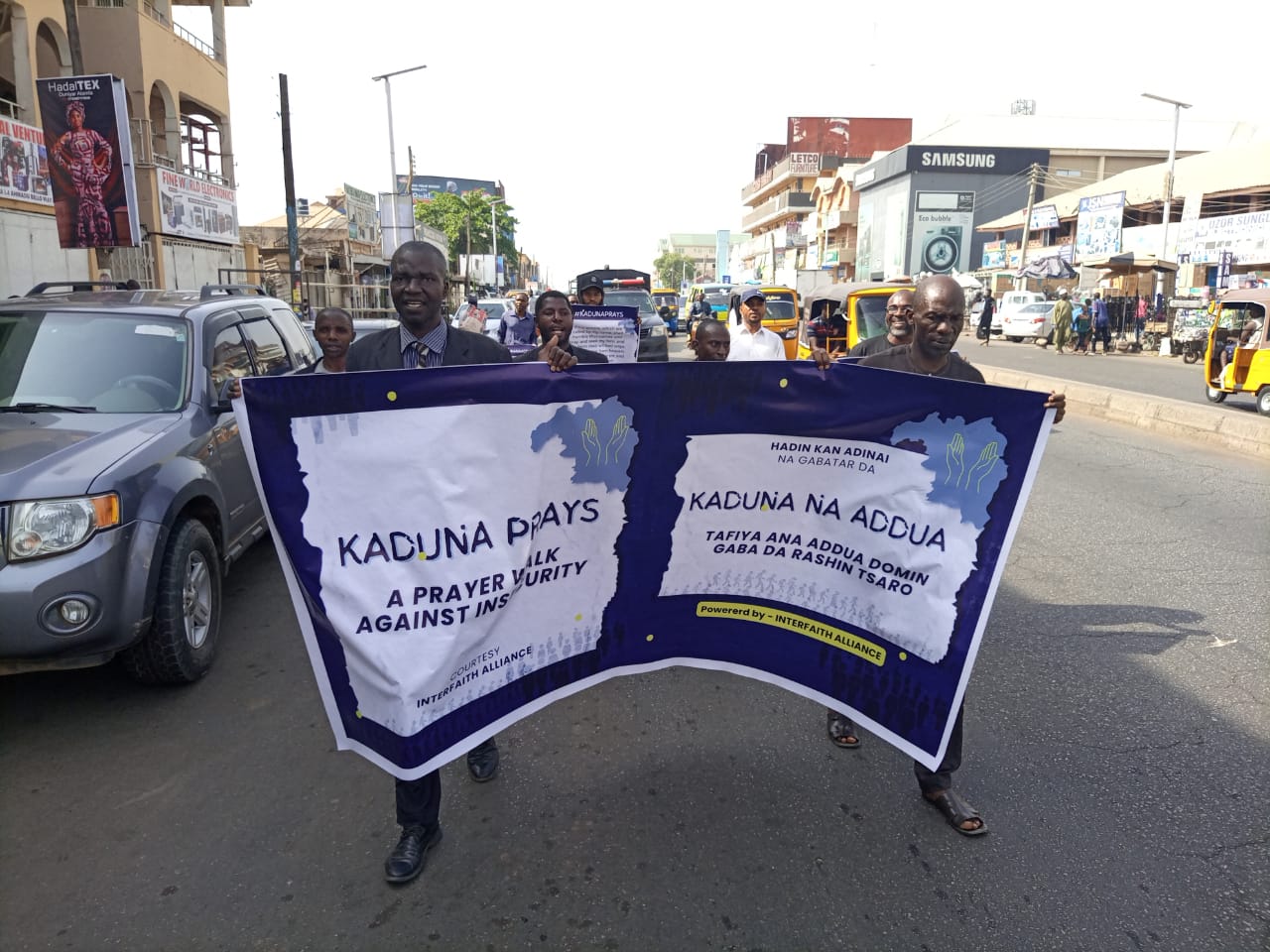 Some pastors in Kaduna on Thursday, took to the streets to protest the incessant attacks and killings by terrorists in the state.

Under the banner of the Interfaith Alliance, the pastors, who were spotted around the ever-busy Lagos Roundabout, urged the Federal Government to step up actions against the hoodlums who had, over the years, launched attacks on various parts of the state.

According to the clerics, though the government was doing its best, the best wasn’t good enough, adding that it was now time for the government to bomb the bandits out of existence.

They also appealed to the Federal Government to compensate all the victims of bandit attacks, award scholarships to children affected by the banditry, and also rebuild communities ravaged by attacks.

The Convener of the Interfaith Alliance, Reverend Emmanuel Adebayo, said that this would ameliorate the sufferings of the victims and make them overcome the psychological trauma they passed through during the attacks.

With the hashtag #Kadunaprays, Adebayo said that the government should be more proactive in whatever actions that was being taken against the terrorists.

He said, “The essence of our gathering today is to put together what we refer to as ‘Kaduna prays’, a prayer work against insecurity. I am sure everybody knows that Kaduna is one of the states plagued by incidences of banditry and terrorism and various forms of criminality and of late, it has been on the increase.

“We believe that the government is doing their best but their best was not good enough. That’s why we have come out to seek for divine intervention concerning the issue of peace and security in Kaduna state and Nigeria at large.

“Obviously we are not satisfies with the way the government is going about insecurity at the federal level. However, we want to actually acknowledged the little efforts that have been made but we believe that more can still be done. Government needs to be preemptive.

“The government needs to be more proactive. We have been hearing about cry of our governor; he said he has been taken the reports to those concern; he said they know where they are and that they listen to their telephone conversation but the response from the security agencies are not good enough.

“So we are praying that God should touch their hearts to put in more efforts and to be more responsive so that thus issue of insecurity won’t be more reactionary but be preventive and we pray that God will give them more wisdoms on how to go about it in Jesus name.