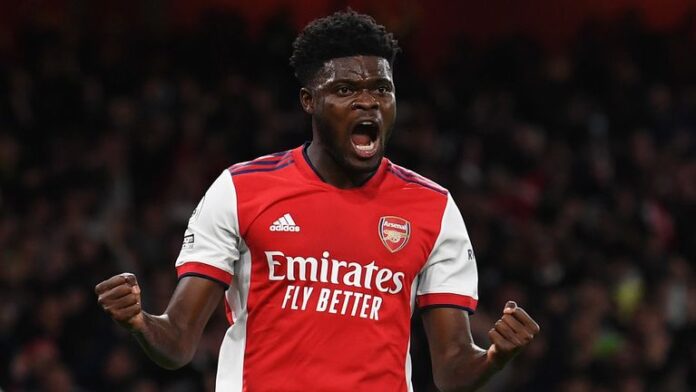 Ghana captain and Arsenal midfielder Thomas Partey is being assessed ahead of the weekend’s Premier League fixtures after picking up a thigh injury during Monday night’s 3-0 loss at Crystal Palace.

Partey limped off and was substituted in the second half after suffering what appears to be a recurrence of his previous thigh problem.

With the extent of the injury still unknown, this could be yet another blow not just to Arsenal’s top four hopes but to Partey himself, who has had to deal with a number of injuries since he joined Arsenal from Atletico Madrid in 2020.

Another extended spell on the sidelines is a worry for Partey, who, in just under two seasons at Arsenal, has already suffered five injury setbacks.

After a recent upturn in fortunes, his latest spell on the sidelines will surely beg the question: could injuries hamper him from fulfilling his potential in North London?

Partey does not need to look far for examples of players in his position who had to deal with constant injury niggles and arguably didn’t quite manage to realise their potential.

His compatriot Michael Essien battled injuries during his spells at Chelsea, Real Madrid and AC Milan as knee problems robbed him of his pace, slowing him down in the latter stages of his career and contributed to his retirement in 2020.

While it is still too early to make conclusions over Partey, six injuries in less than two years represents a cause for worry. He had already missed 21 matches prior to Monday’s setback, having suffered muscle, hip, hamstring and ankle injuries during his time at Arsenal.

That is not a good record for a player in his prime, given that, at 28, Partey’s career risks being derailed by the injuries that could slow him down in his 30s and put paid to his career…just like Essien.

Another cause for concern is that most of Partey’s setbacks are muscle injuries.

His latest problem could be blamed on fatigue, with the midfielder having shuttled between Ghana, Nigeria and London in the last two weeks in which he featured in three games.

Mikel Arteta and the Arsenal medical team might, therefore, be forced to come up with ways of managing his workload going forward. It’s a major challenge given the Gunners will likely feature in four competitions next season, added to the fact that Partey will form a key part of Ghana’s team at the World Cup.

The all-action midfielder has been key to Arsenal’s resurgence this season and his absence will likely affect their challenge for a top four spot.

However, to ensure the party keeps on going, Arsenal will have to come up with ways of protecting him from the injuries and managing his fitness moving forward, even if that means sitting out some games.

That could be the only way to avoid Partey’s Arsenal career from stalling due to injuries as he has already shown just how important he can be to the Gunners.