Breaking News
Home
Featured
Though Leke’s comment is a sermon, he doesn’t have the right to call pastors derogatory names, says Anglican priest. 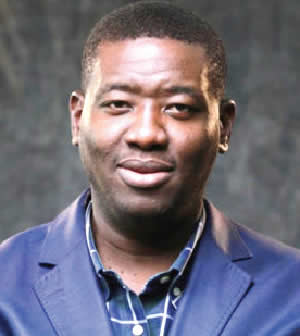 Rev Canon  Selome Kuponu, an Assistant Priest at St Michael Anglican Church, Ojo, and  Senior Lecturer in Christian Studies at the Department of Religions and Peace Studies, Lagos State University, speaks with KAYODE OYERO on the controversy surrounding the ‘goat’ comment of Leke, the last biological child of the General Overseer of the Redeemed Christian Church of God, Pastor Enoch Adeboye

Recently, Leke Adeboye the Principal Executive Assistant to the RCCG General Overseer,  said pastors who preached after his dad’s sermon on Sunday,  were not ‘sons’ but ‘goats.’ What’s your view on his comment?

As long as the pastors are not goats, they should just ignore Leke’s outburst. If the pastors have not acted like goats, they should just ignore him. He has only expressed his own opinion; that was what he was able to read in the pastors’ attitude towards his father. It is his personal opinion, not the church’s opinion. Probably because he is the son of the General Overseer, people are seeing it from different angles but I don’t see anything wrong in it. We are Christians, people can call us names, that is why we are called and we are separated people. Although, I would not have expected such a comment from someone like him (Leke) but there may be remote causes, there may have been  other things playing out before Leke made such a statement. But as an actor as well, I don’t see anything wrong in what he has said. If they are not goats, they should just ignore him. We should not allow unbelievers to interfere in what is not their business.

Do you feel the actions of the pastors contravened the church’s ideals?

If the tradition of the RCCG is that every first Sunday when the GO preaches, no other sermon for that day, then, I don’t expect the pastors to have done anything contrary to that. That said, I have not said the errant pastors acted as goats, that is the position of Leke who saw the pastors’ action as that displayed by goats because goats are disobedient.

In Mark 7:25-30, Christ reprimanded the Syrophoenician woman and literally called her a dog but the woman said even dogs ate from the crumbs that fell from the table of sons. If the pastors so much belong to the RCCG, I don’t think they should disobey the general overseer in the first place and if they have disobeyed him, that means they have acted like goats, according to Leke.

However, I want to add that the son of the GO does not have the right to call men of God with derogatory remarks. Even if they disobey, their punishment lies with the Lord. On that premise, I advise him to apologise.

There has been outrage against Leke’s comment. Do you think the outrage is justified at all?

It is not justified. We are Christians, we are separated people, no one should justify himself of herself.  We are justified in Christ. They should take Leke’s comment as a sermon, as an admonition. The pastors should not make an issue out of it.

Some aggrieved persons are calling for Leke to be sanctioned. Do you think he should be suspended or removed?

From Biblical perspective, worst things can happen to us as actors of the religion and practitioners. God has His purpose for everyone. I don’t see Leke’s suspension or removal as working out because his critics can’t take the anointing from him. His detractors would rather make another opening for the boy and make him more popular.  There is no need for the church to sanction him. The guy has only preached. Sometimes, preaching in the church is not palatable to some people. Some people are happy about it, some take it with good conscience, and some people are not happy about the sermons of men of God. The problem we have in the Church of Christ in Nigeria is that practitioners want to separate themselves from the Word whereas the Word is all-inclusive and meant for everyone. You can be an actor and not really be a Christian, you can be a Christian and not be grounded. Atheists too are theologians these days, we have pastors who do not believe in God but they are in the “business.”

Some persons have been urging the general overseer of the church to caution his son. Do you agree with this call?

Some people have criticised the medium Leke used, saying he should not have used the social media but the church’s official channels of communication. Do you share this view?

The Bible says we are the Light of the world and we should allow our light to shine before all men. I don’t see anything wrong in the medium Leke used but I would also have expected him to make use of the available communication channels of the church before going to social media but as I said earlier, they might be some remote causes that necessitated his action; the pastors must have been preaching after Daddy GO on first Sundays. It must have been a recurring violation for the son to come out publicly. He must have probably been using the available medium and they are not taking heed and he decided to take it out.

Do you think the outrage trailing the ‘goats’ and ‘sons’ comment would have any impact on RCCG going forward?

I don’t see the Redeemed Christian Church of God going down in anyway because of this. If it is the church that has been planted by God Himself, nobody can pull it down. I see the church coming out brighter. Generally speaking, we have a problem in the Church of Nigeria presently; we think we are the founders of the Church but it is God that builds His Church Himself but unfortunately, we are building walls and not people and this is one of the reasons our country is in this position. We are supposed to lead people aright but we are not doing that.

Do you ever imagine that Daddy GO as he is fondly called would speak like his son, Leke?

Generally speaking, why is it that the children of pastors seem not to exude the character of their fathers?

It is a thing of upbringing. The Bible stated it clearly that whoever want to be a pastor, deacon or bishop should be a good manager of his home. Our homes are our primary assignments. So many pastors neglect homes to pursue shadows. The Bible talks about Christians showing light before the gentiles. People must see us that we are light even down to our homes. Our homes must preach the gospel before we mount the pulpit to preach. If our homes can’t preach, then what are we preaching.

Mary told the disciples of Jesus that whatever He told them to do is what they should do and Jesus is our primary example. Look at the way he was brought up, at the age of 12 he was already a Temple-goer. Look at the comments people made about Him. He is our example; He is the righteousness of today. Cornelius who was a gentile brought all his family to be baptized. We have people doing the same and we all can do the same. When we see them, we know them? Also, we have to look at the lessons in the lives of Eli and Samuel in the Bible. They were devout priest and prophet respectively and they were doing well in the Temple but their children were doing something else. However, when they were supposed to warn them and bring them up in the way of the Lord, the commitment was not there. Sadly, today, we have some pastors who are busy with church administration even at the expense of their family.

It is becoming a trend for church founders to hand over their ministries to their biological children. Is this Biblical?

That is not the Church that Christ planted. Jesus had siblings but He handed over the Church to Peter, one of his disciples. Sadly, many church leaders today build their ministries around themselves and not around a system. The church of God is different from secular organisations. Mainland Church have succession plan that goes beyond family issues. The Mainland Churches do election and there is the Council of Bishops. For the Anglican Church, all Bishops in Nigeria would gather and pray before they elect any Bishop to any Diocese and it not compulsory that the person must come from the area. They have some other conditions they consider however including character, home, past activities amongst others. The church is an Ark of Noah and any eligible persons can be the leader.    ,,