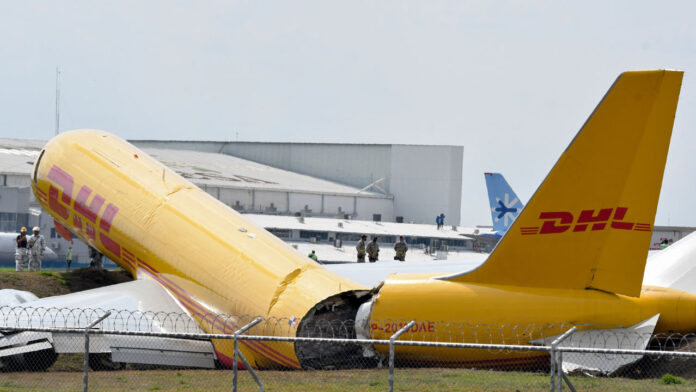 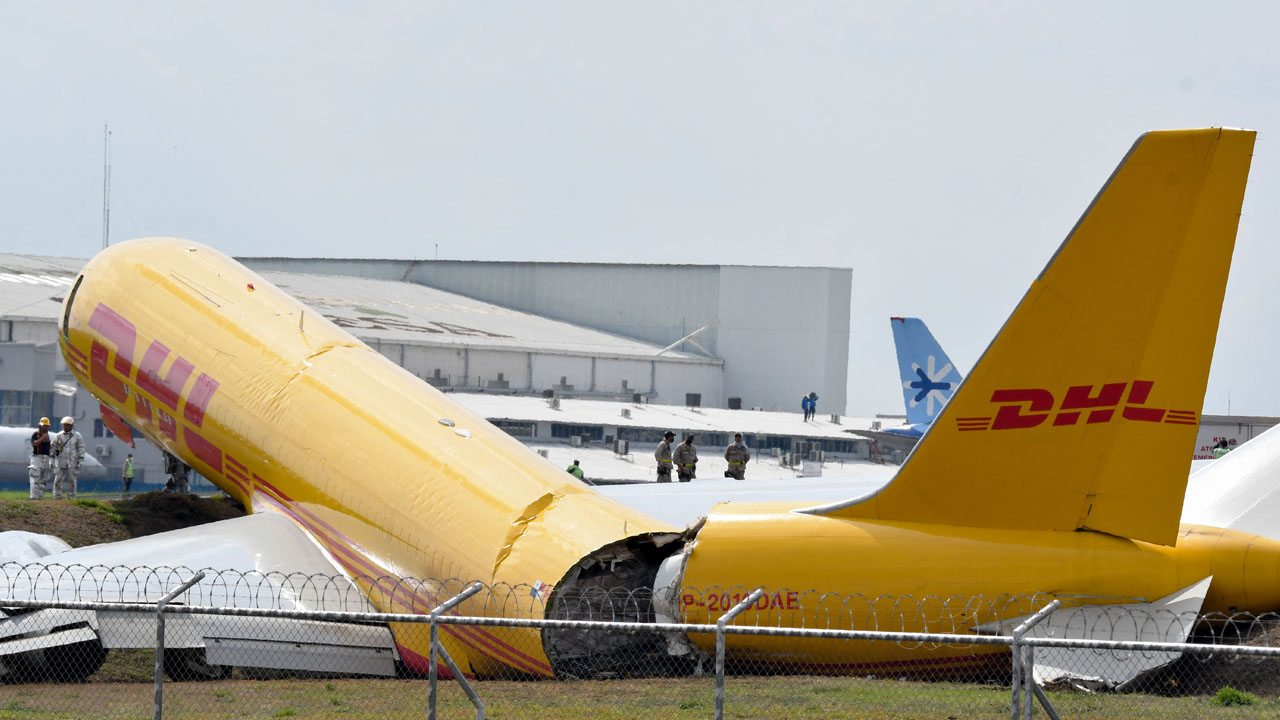 A cargo plane carrying mail and packages skidded off the runway and broke in two during an emergency landing in Costa Rica on Thursday, causing the temporary closure of the international airport in San Jose.

Smoke was billowing from the bright yellow plane of German logistics giant DHL as it ground to a halt, having slid off the runway when it spun and broke up around the rear wheels.

Nonetheless, the Guatemalan pair were sent to hospital as a precaution “for a medical check-up,” according to Guido Vasquez, a Red Cross worker.

The pilot was shaken up but both crew were conscious and “remember everything vividly,” added Vasquez.

The accident happened just before 10:30 am (1630 GMT) after the Boeing-757 plane, which had taken off from the Juan Santamaria international airport outside San Jose, was forced to return 25 minutes later for an emergency landing due to a mechanical failure.

The crew had reportedly alerted local authorities to a hydraulic problem.

The accident caused operations to shut down at the country’s biggest airport until around 5:30 pm, impacting hundreds of flights and over 8,000 passengers.

Activities have now gone back to normal, “as well for the arrivals as for the departures”, said Ricardo Hernandez, general manager of Aeris, the public company which manages the airport.