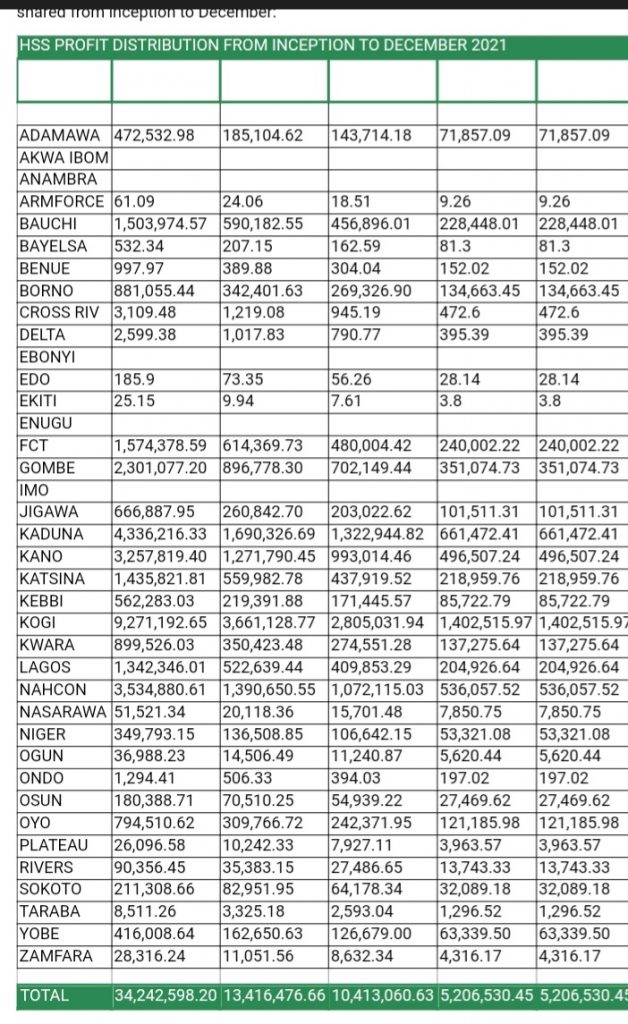 The National Hajj Commission of Nigeria, NAHCON, has responded to a story circulating on social media being an allegation of fraudulent practices by the Commission through the Hajj Savings Scheme (HSS) platform.

The Commission reacted in a statement signed by Fatima Sanda Usara, its head of Public Affairs.

In the said story, there is a request that the Hajj Savings Scheme be suspended as well as mandating House Committee on Pilgrimage to investigate the scheme.

In the allegation, it was stated that the HSS was established in 2006 for intending Muslim pilgrims to save towards performing the Hajj.

According to the report, within two years of NAHCON’s partnership with JA’IZ Bank to assist intending pilgrims to save under the Hajj Savings Scheme, the customer base has hit over 4000 with one billion naira savings in the account.

It was alleged that the scheme lacked transparency and accountability.
The story also quoted an expression of fear that, if the development is not tackled, it will lead to corruption in the system and disregard for the extant law.

In another purported statement from the same sitting, it was stated that for more than two years, intending pilgrims had been contributing to the scheme, but were unable to perform the Hajj due to the Coronavirus (COVID-19) pandemic, instead, it was alleged that against the act establishing the commission, NAHCON was dipping its hand into the fund.

However, the Commission said to put the record straight, first, the Hajj Savings Scheme was launched on the 4th of October 2020 as against 2006. 2006 is the year the Commission was established by the way.

Secondly, it said that the scheme lacked transparency, but the Commission said it would interest the public to know that each subscriber to the scheme receives a monthly update on his/her deposits detailing whatever profit accrues to it and that Pilgrims on the HSS monitor their accounts directly from their phones if they wish.

Besides, NAHCON said it had constantly given progress reports to State Welfare Boards on the performance of the scheme, the most recent being in March when the Commission released details of profit distribution to each of the state boards.

It said that dividends were shared with the states with the details forwarded to them.

The Commission provided a table for profits shared from inception to December 2021: See attached. 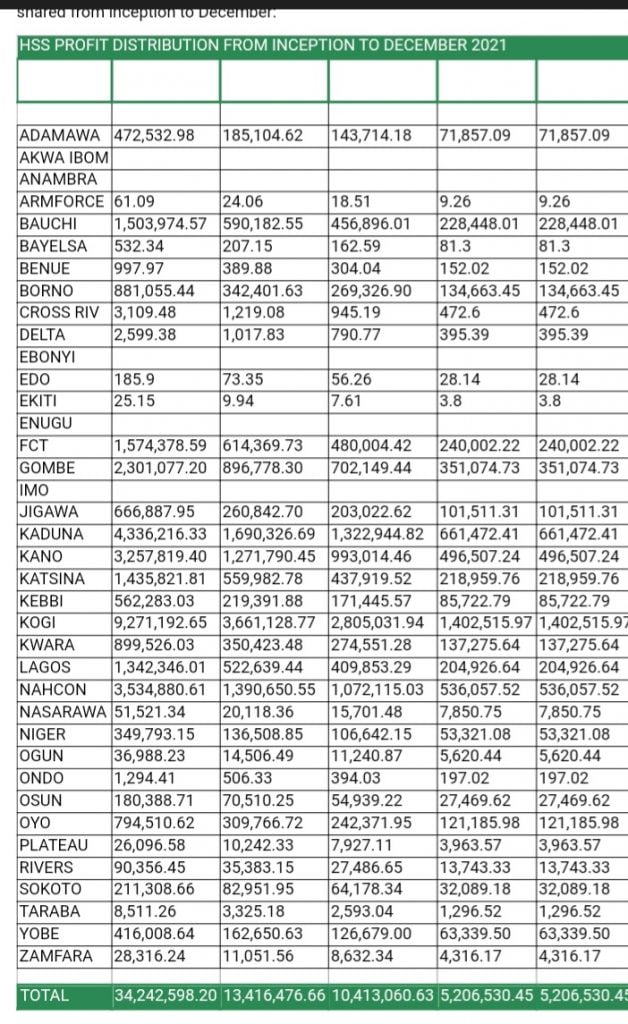 The Hajj Commission pointed out that had the scheme lacked transparency, information on the customer base or funds gathered would not have been known to the public.

On the allegations of NAHCON dipping its hand into the fund, the Commission said it wished to state that the HSS is safely under the custody of Ja’iz Bank.

It added that “Equally, the remittances made by the aforementioned states totalling N3,583,243,940.00 were safely kept in the Central Bank of Nigeria until early this year when the amount was finally returned to the respective states.

“By introducing the HSS, what NAHCON aims to achieve is profit for the pilgrim who entrusts his money for the sake of travelling for Hajj.

“If the quoted amount above had been deposited with the Ja’iz bank under the HSS, the bonuses the pilgrims would receive would have superseded what they gained presently.

“It was for this reason that the Commission instructed state boards to register their pilgrims under the scheme to make their deposits appreciate thereby cushioning the effect of devaluation.

“Curiously, has the pilgrim who deposited his money under the states received additional profit under the two years his money has been with the authorities? The story would have been different if the deposits were made under the Hajj Savings Scheme.

“Finally, the National Hajj Commission of Nigeria makes bold to invite the Economic and Financial Crimes Commission to investigate the operation of the Hajj Savings Scheme as well as to investigate the management of pilgrims’ funds under each Muslim Pilgrims’ Welfare Boards of the federation. This invitation will be formally forwarded to EFCC to absolve the Commission of any allegations.

“Additionally, NAHCON supports and welcomes the investigation by the House Committee on Pilgrimage.”