I’LL WEAR MY FOR LIFE – Troost-Ekong 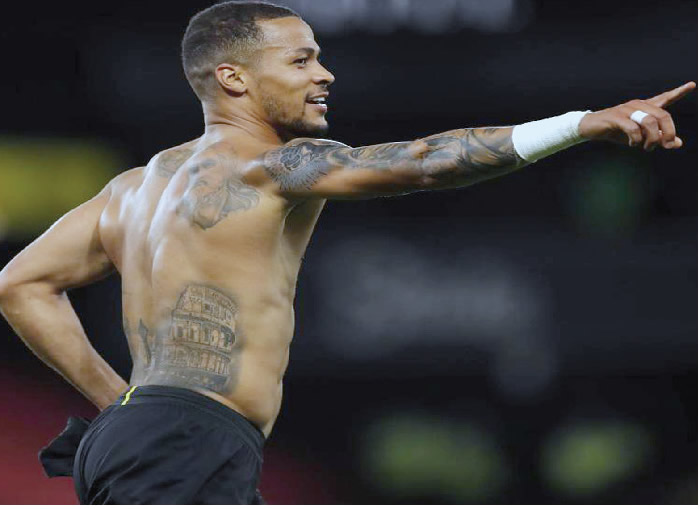 Super Eagles assistant captain William Troost-Ekong, in this interview with KELVIN EKERETE, talks about the national team, the influx of overseas-born Eagles players, his favourite stadium and more

What did it feel like when you received your first Eagles call-up?

It was a massive honour. I remember my first call-up like it was yesterday and that is almost seven years now, which is to tell you how time flies. I spoke to the late Stephen Keshi, who wanted me to be part of the team and I was really honoured. My family was really excited for me and I knew that my hard work and dedication had paid off. The feeling was unreal and I was happy.

Can you recall your debut?

My first game was in Kaduna against Chad and the camp was in Abuja. Joining up with the team for the first time was really exciting, especially getting to see the stars that I had only seen on TV, who were now my teammates. I pinched myself because it felt unreal. I took a lot of pictures with the stars and it all became more special when I realised I was going to start the first game and we won 2-0, Gbolahan Salami and Odion Ighalo scored the goals, if I remember correctly, it was an amazing memory and something I’ll cherish for the rest of my life and I am lucky for that.

As an overseas-born Eagles player and a captain, how has it been bringing in more of your likes to the national team?

The times have changed a lot, as well as in the last seven years. As for me, coming into the Eagles as an overseas-born Nigerian was a little bit different, though we’ve had players like Osaze Odemwinge and Abbey George, who are of mixed heritage. During my time, the door wasn’t completely open for the overseas-born players, but in the last few years things have changed. We’ve seen a lot of players of Nigerian heritage who want to play for the Eagles, which I think is very encouraging. So, I think it is great for Nigeria that there is a pool of players they can pick from, so I try to do my best to help the boys settle in. Some of them might have come to Nigeria for the first time to play, which might be a lot difficult to get used to, but the great thing is that every one fits in and they are all doing their bit to make the country proud.

What are your thoughts on your new teammates Ademola Lookman and Calvin Bassey?

They are very great guys, Lookman and Calvin, and it is great having them in the squad. They both play in top leagues. Lookman plays in the Premier League but also have experience playing in Germany, which is good for the team, while Bassey has been a standout player for Glasgow Rangers in Scotland.

Who was your favourite Eagles player while growing up?

Growing up, my favourite Eagles player was Nwankwo Kanu because I was an Arsenal fan. For me, coming to Nigeria was nothing new, because I spent most of my holidays in the country even before I was playing football. So, one or two times, I met Obafemi Martins at the airport when he was travelling back to Europe and I remember just being overwhelmed. It’s always been amazing meeting Nigerian players and getting pictures of them. I’ll probably say Kanu is my favourite player but there are so many to name from my position, someone like Stephen Keshi, Taribo West are some of the players I looked up to. Joseph Yobo is now my coach and even Kenneth Omeruo when he played at the World Cup before I joined the team were the players I looked up to and it was great to meet those players.

You have a lot of tattoos. Do most they represent something or just for fun?

It is something I’m quite passionate about, I love tattoos maybe not completely to my mum’s approval, but my tattoos have meanings. I have too many now, there are some that’s about my heritage and where I’m from, my state, my village. I have a drawing of Fela, which represents the people, the eagle, which was one of my first tattoos when I became a Super Eagles player. These are the things I’m very proud of and have a great meaning and will be with me for the rest of my life. I want the tattoos to have meanings and tell my stories.

What was it like playing at the World Cup in 2018?

It was probably the best feeling in my career. Playing in the World Cup is what every player dreams of and for me to have a chance to be on a world stage and represent Nigeria, putting on the iconic shirt and playing with other talented players was something I had been looking forward to for a long time. It is one of my greatest memories playing football.

You’ve played at a lot of grounds in the country, which would you say is your favourite?

The stadium in Abuja is an amazing one but for me personally, Uyo is my favourite place, just because it’s my home state. And I have had some wonderful memories there and some big games we played especially for the run up to the 2018 World Cup and the 2019 Africa Cup of Nations. As a team I think we had some good memories there and so I will say Uyo for now. But I’ve enjoyed playing in every state, it has been an opportunity for me to explore Nigeria.