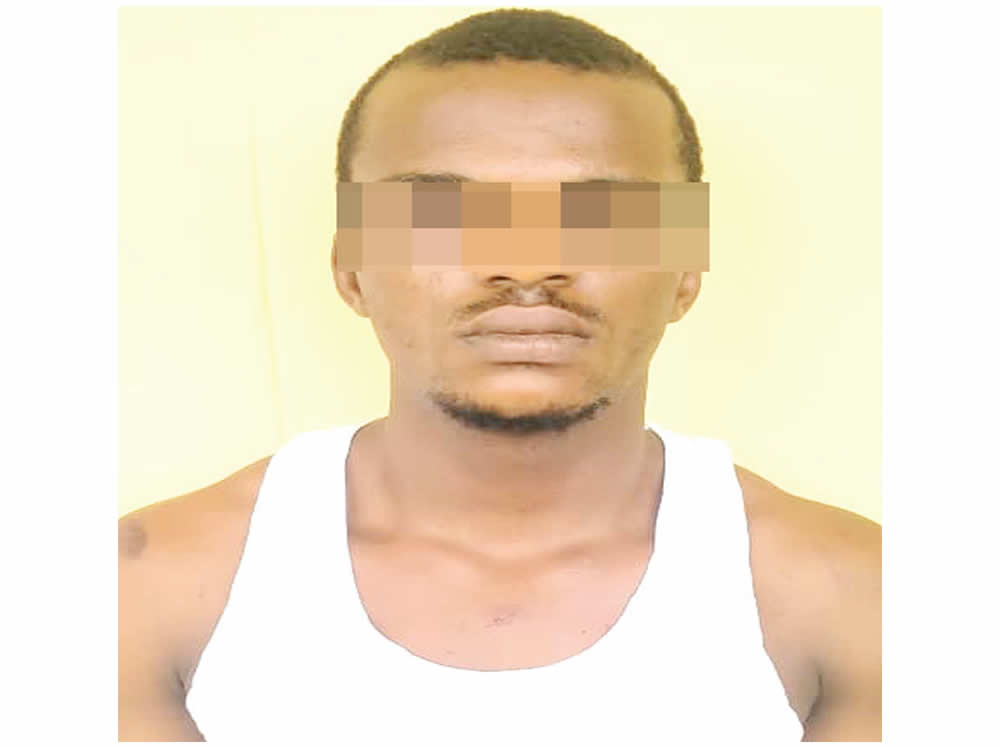 Men of the Ogun State Police Command have arrested a 23-year-old man, Ikenna James, for allegedly raping and killing a 29-year-old graduate of the Obafemi Awolowo University, Oluwatoshin Adefisayo.

The state Police Public Relations Officer, DSP Abimbola Oyeyemi, in a statement on Thursday, said the suspect lived in the same compound with the deceased.

He explained that James sought the help of his friend and broke into Adefisayo’s apartment in the night through the ceiling while she was fast asleep.

The suspect was said to have raped and strangled her.

The PPRO said the suspect was caught while coming down from the ceiling after committing the crime.

His friend, however, escaped from the scene.

Oyeyemi said, “Neighbours, including the parents of the suspect, woke up in the morning only to discover that the apartment of the deceased had been broken into.

“The neighbours there and then invited local vigilantes to the scene, and while at the scene, Ikenna (James) was seen coming down from the ceiling where he had been hiding after the dastardly act.

“He was quickly held down while a distress call was made to the police at the Ogijo divisional headquarters.

“The Ogijo DPO, CSP Onatufeh Umoh, quickly led his men to the scene and got the suspect arrested.

“On interrogation, Ikenna, whose partner in crime ran away, confessed to the crime. He also informed the police that they decided to kill the victim after raping her because they discovered that she recognised them.”

The PPRO said the parents of the suspect described his arrest as good radiance to bad rubbish.

Oyeyemi said the parents said they had already given up on him as he was the black sheep of the family.

“They also appealed to the authorities to ensure that appropriate punishment was meted out to him,” he added.

He said the state Commissioner of Police, Lanre Bankole, had ordered the immediate transfer of the suspect to the Homicide Section of the State Criminal Investigation and Intelligence Department for further investigation.