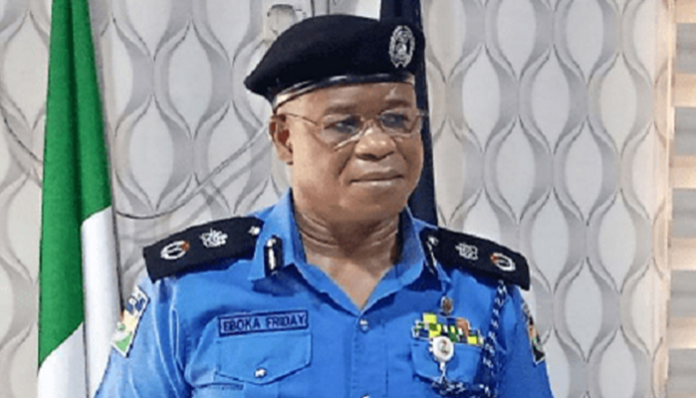 THE Rivers State police command has confirmed the arrest of two suspects after gunmen invaded Rumuagholu community, in the Obio/Akpor Local Government Area of the state.

During the invasion, the suspects, while shooting sporadically, reportedly robbed residents and business owners of their valuables at six Point of Sale shops in the community.

The attack was said to have caused panic as residents and business owners scampered to safety during the operation that started around 11am.

No fewer than four suspects were reportedly involved in the attack.

During the attack, a source said policemen from a nearby station swung into action and chased the criminals to the Obiri-Ikwerre/Airport Road.

Upon sighting the police, the source said the criminals abandoned their vehicle, jumped into a tricycle and fled the scene of the incident.

He, however, said the policemen, who gave them a hot chase, apprehended two suspects.

The source said, “Four boys attacked some POS offices in Rumuagholu community. They started operating from T-Junction to Road 2.

They attacked and robbed six PoS offices. They took cash and phones. They were shooting in the air and the shooting caused fear as people ran for safety.

“I don’t know how the police got the information. Although before police came, the boys had driven off. But police chased them and caught two suspects while two escaped.”

“We apprehended two of the suspects and the investigation is ongoing,” she said.