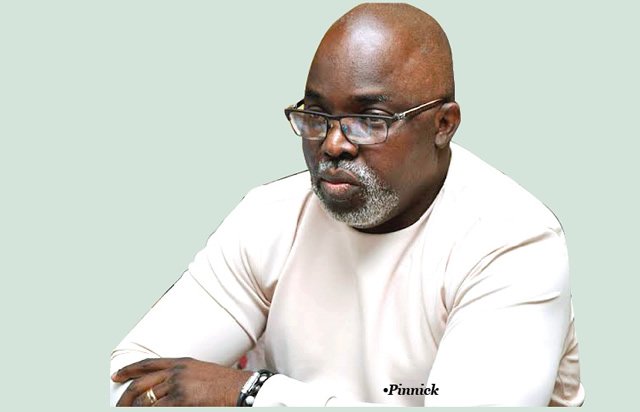 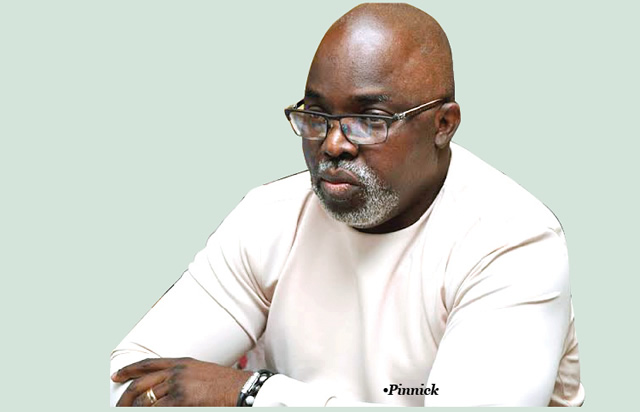 President of the Nigeria Football Federation, Amaju Pinnick, has revealed he will not be running for the position for a third term due to increased pressure from his family.

Pinnick became the first NFF supremo to serve two terms in office after being re-elected in 2018 and with another election just around the corner, the FIFA Council member has revealed that pressure from his family and loved ones have led to his decision to step down.

The decision may also be connected to increased pressure from football fans and stakeholders across the country who have clamoured for his resignation after the country’s failure to pick a ticket for Qatar 2022 World Cup.

The failure to qualify for the global football showpiece on March 29 saw fans encroach the pitch of the refurbished Moshood Abiola Stadium in Abuja after the blast of the final whistle destroying the grass on the pitch as well as the technical area as they publicly showed their displeasure with the result.

The federation has apologised to the President, Major General Muhammadu Buhari (retd.), sports minister, Sunday Dare, as well as Nigerians across the world for their failure to qualify.

Pinnick who revealed that his position with the NFF has left a strain also stated that he did the best within his ability to see the Eagles qualify for the World Cup.

“At the moment, my family is completely against it. I’ve done my best, posterity will judge whether I did my best or I was good enough or not. I’m still an integral part of football as a member of the FIFA Council, I’m not a peripheral member, I’m also a member of the CAF Emergency Committee, I’m also the vice president of the AFCON committee, so I’m still very deep in football but I believe there’s time for everything,” Pinnick told TopSport on Top Radio on Friday.

“It was a very tough decision but my wife, kids and extended family believe that I have put in so much and it’s a job that is thankless. We did everything we should have done, especially in the last game against Ghana.

“We did everything we were supposed to do but at the end of the day, we are not meant to go on the pitch and play but we did everything in terms of motivation. The players were told in clear terms that if we won the game that FIFA was going to give us some sum of money and the players would take about 35 per cent of the money which is about $3.5m, so what else should the NFF have done?”

It can be recalled that Pinnick had in 2020 stated that he would not be vying for the position but later had a change of mind.