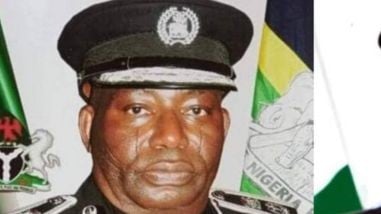 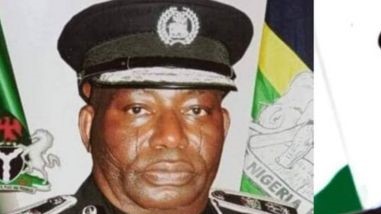 Mr Yekini Ayoku, on Friday, took over as the 40th Commissioner of Police, Kaduna State Command.

The Command’s Public Relations Officer, ASP Mohammed Jalige, made the disclosure in a statement he issued late Friday in Kaduna.

Jalige said the move is sequel to the directive of the Inspector General of Police, Usman Alkali Baba, and the subsequent posting of new Commissioners of Police to some Commands in the federation.

“Having taken over the mantle of leadership from the immediate past Commissioner of Police, Mudassiru Abdullahi, the hard-working CP Ayoku, knowing the gravity of the task ahead of him, immediately took his first official tour to Kaduna-Abuja road with a view to restoring public confidence and assuring them of their safety throughout the state,” Jalige said.

Ayoku also visited the scene of the infamous incident of the attack on Abuja-Kaduna bound train to appreciate the “sacrifices of some of our gallant officers, and sympathized with the victims and suggested the areas of improvement to forestall future occurrence.”

According to Jalige, the CP equally tasked officers and men of the command to get themselves ready for the task ahead as there is no room for laxity under his watch.

He said that criminals must not be allowed a free operating space wherever they may be.

The CP beckoned on the good people of the state to extend their good hands of fellowship to his administration as the task is not a one-man’s show.

“With the collective efforts of all stakeholders, the task though enormous, is absolutely surmountable,” Jalige quoted Ayoku as saying.

Jalige said the new CP called for synergy amongst all the security architectures in the state as his doors remain always open to all and sundry in his quest to reduce violent crime to a bare minimum.

Jalige disclosed that the new CP hails from the Ilorin-East Local Government Area of Kwara.

He is also an alumnus of the University of Ilorin.

According to Jalige, CP Ayoku was enlisted into the Nigeria Police Force as a Cadet Assistant Superintendent of Police in March 1990 and had his Cadet Officers’ training at the Police Academy Annex, Kaduna.

He has held several operational, investigative and administrative positions in the Force since he graduated from the Academy and commissioned as an officer in October 1991.

He disclosed that in 1999, he was mobilised into the Police Mobile Force and deployed to the State House Villa, Abuja, as Second in Command 24 PMF squadron, Presidential Guard and Escort and later the Commanding Officer of the said squadron.

Jalige said the new CP is a distinguished member of the prestigious National Institute for Policy and Strategic Studies, Kuru-Jos.

He said Mr Ayoku had attended many other professional and capacity building courses and workshops.

“The CP is privileged to have been a recipient of several awards and commendations for outstanding performance, notable among them, Inspector General of Police Sword of Honour as the all-round best Cadet Officer of ASP Course 16/1990 at the Police Academy Annex, Kaduna,” said Jalige.

He said Ayoku was also privileged to be decorated with the United Nations Medal for Service in Kosovo and finally a member of the International Association of Chiefs of Police.

Jalige stated that the CP has zero tolerance for dereliction of duty and warned his entire subordinates to desist from any form of malfeasance as stiffer sanction awaits whoever is found wanting, and a handsome reward for outstanding performances, professionalism and honesty in the discharge of one’s statutory responsibility.