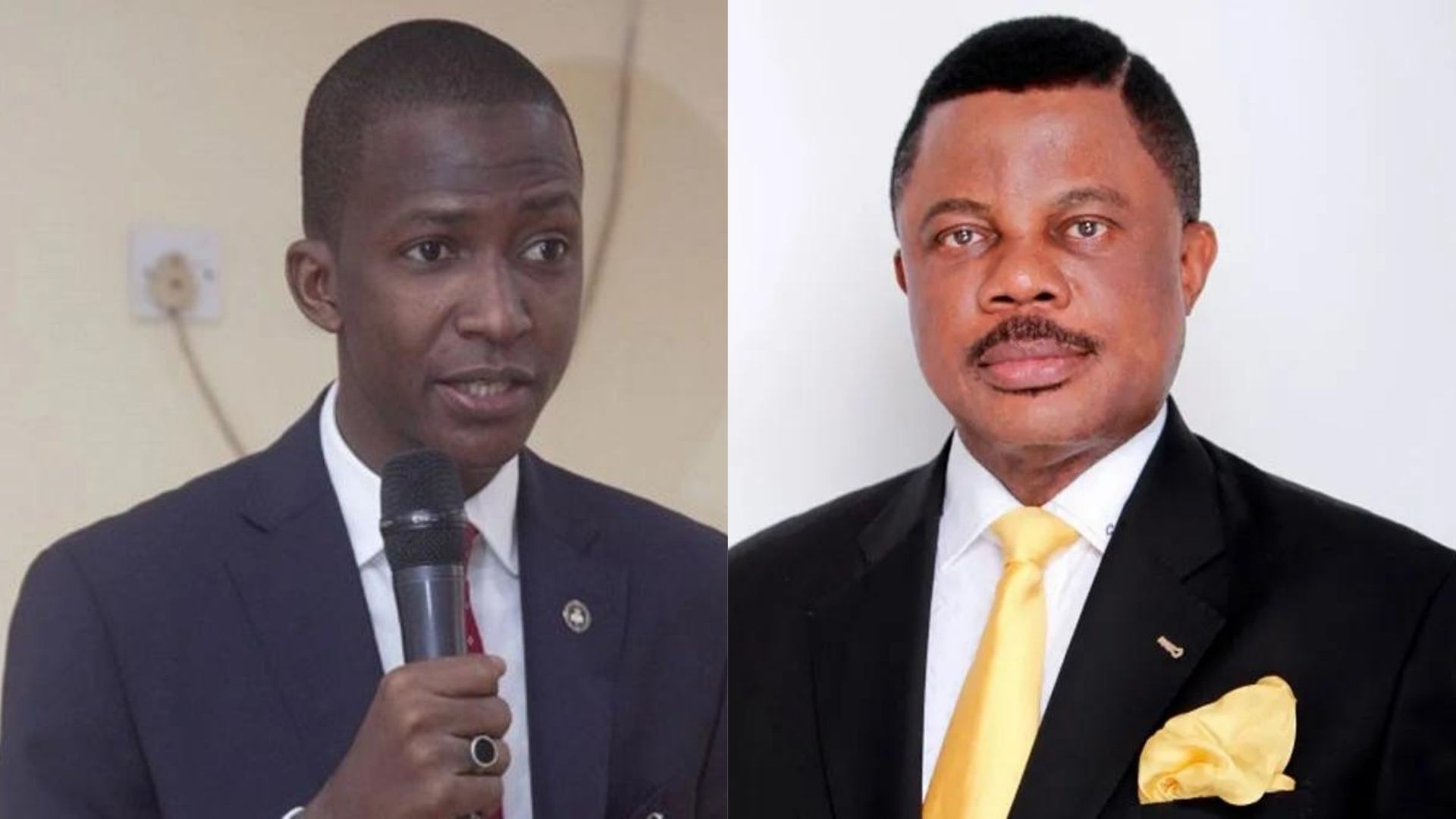 The Economic and Financial Crimes Commission has kicked against an interim ex parte order by the Awka Division of the Federal High Court presided over by Justice Hyeladzira Nganjiwa granting the former governor of Anambra State, Chief Willie Obiano, leave to travel to the United States to keep to his medical appointment.

The commission said it was denied fair hearing.

Obiano is being investigated by the EFCC for alleged corruption and money laundering during his tenure as governor from 2014 to 2022.

He was arrested on March 17, 2022, at the Murtala Muhammed International Airport in Lagos as he attempted to leave the country hours after handing over to his successor, Prof Chukwuma Soludo. He had been on the commission’s watch since 2021.

A statement on Saturday by the EFCC spokesperson, Wilson Uwujaren, accused Obiano of attempting to arm-twist the anti-graft agency with the ex parte order.

The statement stated, “Available court documents indicate that Obiano had on March 11, 2022, ahead of his handover on March 17, filed a motion ex parte dated March 10, 2022 before Justice Nganjiwa praying, among others, for an interim injunction stopping the EFCC from arresting or preventing him from travelling out of the country for his medical treatment.

“While the court in one breath ordered the applicant to put the commission on notice on why interim preservatory order should not be granted, it went ahead to make an order that the commission should  not obstruct, impede or prevent the applicant from travelling abroad to keep his medical appointment and adjourned till March 23.

“On March 31, the commission was served an originating motion on notice for the enforcement of the applicant’s fundamental rights. Curiously, the motion was filed on March 11, 2022, the same date as the motion for ex parte order.

“This was followed by another motion on notice on April 4, putting the commission on notice to release Obiano’s passport to enable him to travel abroad for his medicals with hearing fixed for April 6, and instructions that proceedings shall be conducted virtually via Zoom.”

Ahead of the hearing, the EFCC said it petitioned the Chief Judge of the Federal High Court asking Nganjiwa to recuse himself from the fundamental rights action on the grounds that he was a party to the commission’s appeal at the Supreme Court in the corruption case of H. A. Nganjiwa vs FRN.

“But when the case was called, Justice Nnamdi Dimgba held the brief of his brother judge, who was bereaved. The case was subsequently adjourned, with instruction that counsel would be notified of the adjourned date,” the commission explained.