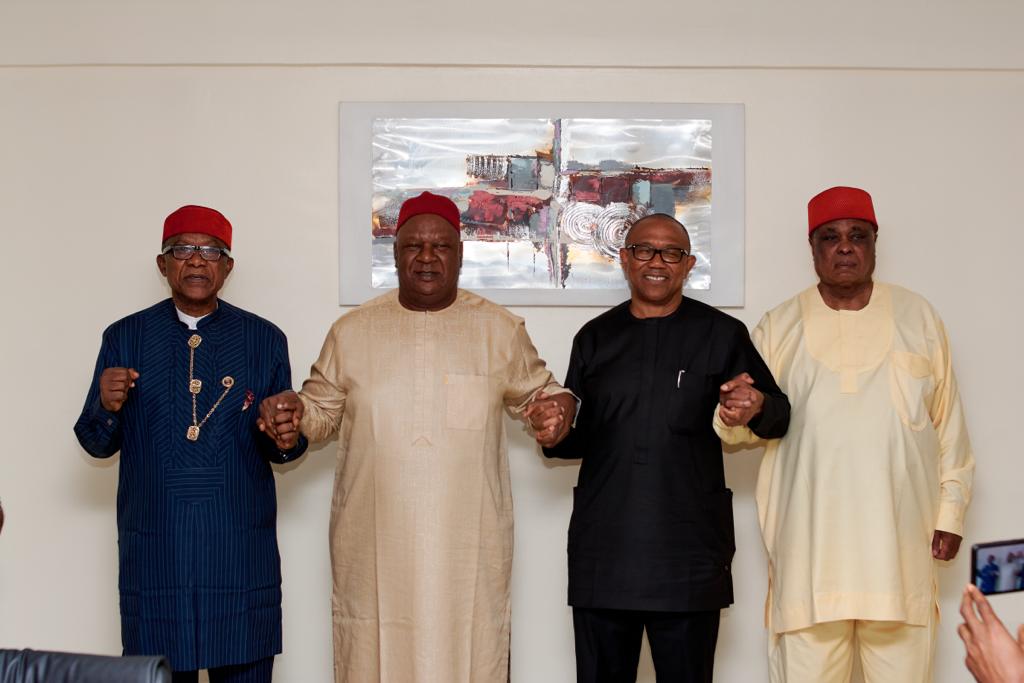 Presidential aspirants of the Peoples Democratic Party from the South-East have demanded that the party’s presidential ticket for 2023 should be zoned to their area.

They made the request after their meeting in Abuja on Saturday.

Anyim, who read the decisions of the four aspirants, said, “We have agreed to work together as a team and that we will work together to ensure that a South Easterner emerges as PDP flag bearer.

Other decisions by the presidential aspirants, according to Senator Anyim, are, “We intend to consult with other zones on this issue and it is based on fairness and equity.

“In doing so, it is important to note that we have always supported other zones and we now expect them to reciprocate.”

“It is to our knowledge that more aspirants may have obtained forms under PDP and we hope they will join us later.”

When asked if the South-East PDP governors are in support of the meeting, the former President of the Senate said the aspirants were not in the position to speak for the governors.