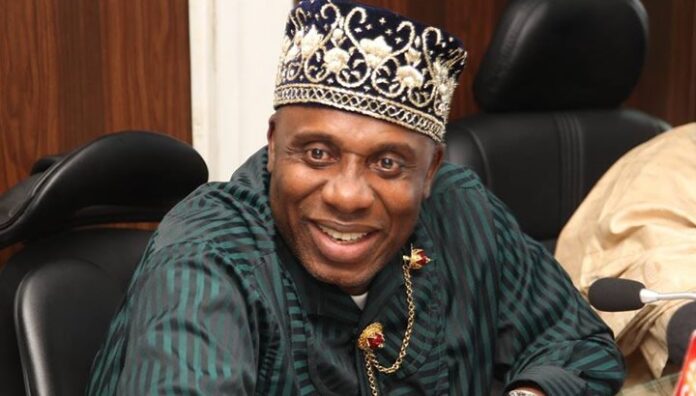 The Minister of Transportation, Rotimi Amaechi, is set to formally declare his intention to contest the 2023 presidential election, Saturday PUNCH has learnt.

According to sources close to the minister, his decision was predicated on the outcome of his consultations with several stakeholders in different parts of the country.

One of our correspondent also gathered that the former governor of Rivers State might make the declaration today at a thanksgiving service being organised by the Rivers State chapter of the All Progressives Congress. The service is slated to hold at the Adokiye Amiesimaka Stadium, Igwuruta, near Port Harcourt.

This is even as the APC maintained that it was determined to wrest power from the ruling Peoples Democratic Party in the state come 2023.

A chieftain of the party and former governorship candidate of the party, Dr Dakuku Peterside, stated this in a statement.

Peterside, who said he had gone to inspect the venue of the thanksgiving, said the event would offer the party an opportunity to ‘thank God for the journey so far’.

The former Director General of Nigeria Maritime Administration and Safety Agency also told one of our correspondents, “For years, APC in Rivers State did not have substantive officers to run her affairs. But, the party has returned to the path of stability, unity and by inference, the path of victory.

“The second reason is the election of our members to various offices at the zonal and national levels.

“APC, more than ever, is ready to take over the government house.”

He also said the thanksgiving was for the party’s successful congresses and national convention, as well as to honour Amaechi, whom he described as an excellent performer, even as he urged the former to declare his interest in the Presidency without further delay.

Peterside added that Amaechi was eminently qualified to pilot the affairs of the country, saying he would bring his experiences to bear to transform Nigeria.

Another source close to the minister said, “The minister has agreed to be at the event. He has also agreed to run for the office of the president. He may likely use the event to openly declare his intention to contest the presidency.”