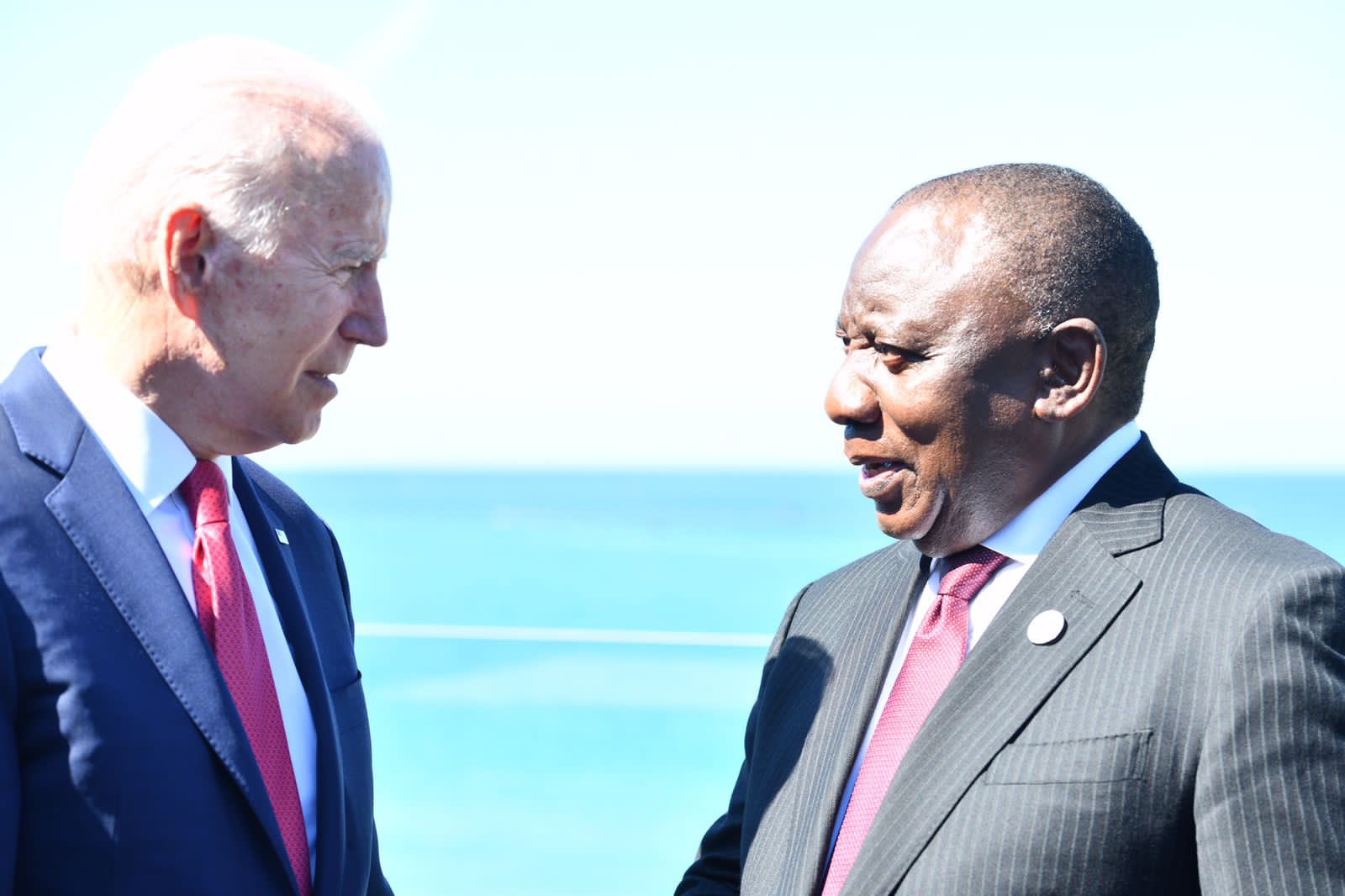 South African President Cyril Ramaphosa held telephone talks Friday with US President Joe Biden, a day after the continental powerhouse abstained from voting on a resolution suspending Russia from a UN rights body over its aggression in Ukraine.

Ramaphosa, whose government has been criticised for refusing to condemn Moscow’s bloody invasion, had a day earlier blasted the UN Security Council as “outdated” and in dire need of an overhaul.

Hours later, South Africa was among the 58 countries that abstained from voting on the UN General Assembly resolution that suspended Russia from the UN Human Rights Council as punishment for the invasion of Ukraine.

It was the third time South Africa abstained from voting on resolutions adopted over the war.

Ramaphosa tweeted Friday that he had “a productive” telephone call with Biden.

“We shared views on the conflict in Ukraine and agreed on the need for a ceasefire and dialogue between Ukraine and Russia,” Ramaphosa wrote.

The White House said in a readout of the call that Biden “emphasized the strength of the bilateral partnership, as well as global challenges brought on by Russia’s further invasion of Ukraine”.

The American leader stressed “the need for a clear, unified international response to Russian aggression in Ukraine”, the statement said.

Local media suggested it was Biden who initiated the call to Ramaphosa.

The high-profile rebuke of Russia at the UN marked only the second ever suspension of a country from the global body’s human rights council — Libya was the first, in 2011.

On Thursday, Ramaphosa sharply criticised the UN Security Council for enabling powerful nations to use their clout to make decisions that were at times catastrophic.

“The current formation of the UN Security Council is outdated and unrepresentative,” he said. “It disadvantages countries with developing economies.”

South Africa has maintained a non-aligned stance on the conflict in Ukraine, touting negotiation as the best option to end the conflict despite international outrage and condemnation.