HomeSacking me means nothing, Buhari’s govt should seek forgiveness for failed promises...
Featured 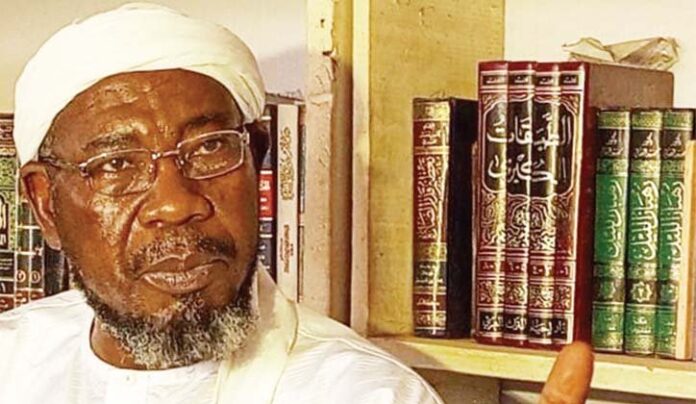 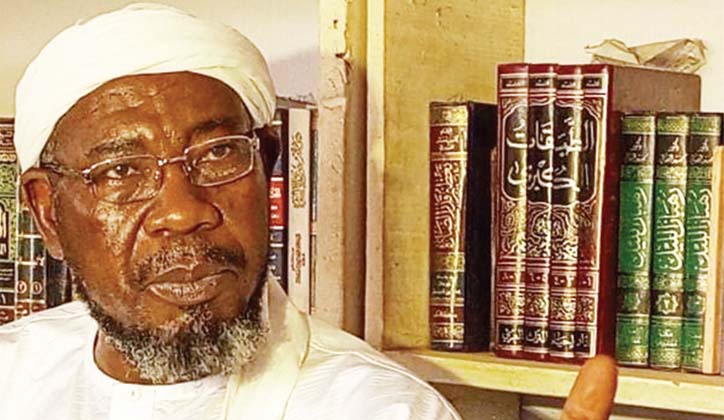 The sacked Imam of Apo Legislative Quarters Juma’at Mosque, Sheikh Muhammad Khalid, popularly known as Digital Imam, speaks on the state of the nation and the 2023 elections, in this interview with SOLOMON ODENIYI

How has life been for you after you were shown the door by the committee in charge of the Apo Legislative Quarters Juma’at mosque; do have any regrets?

No, what happened to me is a promotion. They wanted to silence me because I am speaking the truth, the minds of the citizens, but they have ended up promoting me. I have no regrets whatsoever.

Nigerians are suffering, they don’t have enough resources, things are very hard. Our children are at home because the university lecturers are on strike; most importantly, you cannot move from Kaduna to Abuja because of fear. We have become prisoners of fear and our government is telling us that is the best they can do. And you want Nigerians to accept that? No, Nigerians want a solution.  I decided to open up, to tell those in power the true situation of things and what Nigerians want. I may be harsh when speaking but look at the content of the message, not the tone of the message. The message is clear: we want a country free of kidnappings, terrorists and bandits’ attacks. We want a united Nigeria; that is what we are clamouring for.

If you say this is impossible to have a secured Nigeria, then the present government should apologise and seek forgiveness from Nigerians because it is in their manifestos. They promised security and not to hand us over to terrorists. If we remind them, this should not be a sin. In my last sermon, I said if you cannot give us security, we would not vote for you in 2023. It is an indirect message and they understood it because they know what the message means. The message is clear, we will not fold our arms; they know we will not hesitate to vote them out come 2023 if insecurity is not solved.

Why do you think the insecurity in the country had persisted?

Another point is lack patriotism. When you have patriotic individuals, security operatives, leaders, politicians and clerics, Nigeria will be a good place for all.

What exactly do you expect the President to do to address insecurity?

Let them be sincere, let them focus attention on the terrorists rather than those clamouring for good governance and security. If they focus on those speaking for the masses, rather than the terrorists, then they will add fuel to the fire. (They should) Go after the terrorists; arrest, attack, subdue and crush them. That’s our demand.

I said it during (ex-President Goodluck) Jonathan’s regime, you can check the records, that when you marry a woman and you fail to feed her, nobody is supposed to tell you what to do. You know what to do. The president knows what to do, if he cannot secure Nigeria.

Knowing full well that your fierce preaching against insecurity led to your sack at your former mosque, at your new mosque, would you continue preaching this same sermon?

I am trying to show them that, look you’ve benefited from the failure of the former government and if you’re not careful, history will repeat itself. Now we are preparing for 2023 elections, what will you tell Nigerians? Vote us again and continue to suffer? Because insecurity will continue to persist. We need leaders that are for the masses, not elites who can fly out of the country and get shelter anywhere they like in the world.

I am thinking about those widows, orphans created daily because of incapacity; we cannot support your incapacity that would continue producing orphans for us. I am one person. The majority of Nigerians must be considered. That’s why I don’t consider myself. I don’t mind not having any job or platform (mosque) to talk. If I have a minute to talk, I will speak for Nigerians.

You sound so concerned about 2023; do you believe the insecurity and other problems ravaging this nation can be solved by 2023?

You seem to focus more on insecurity; does it mean the government has done well in other areas?

Go to the market and ask for the price of rice and compare it with what it used to be. It is then you will be able to determine if they have performed well in other areas or not. Besides, if there is no security what’s the essence of having a beautiful house that you and your children cannot sleep in?  You will be forced to go to the garage for shelter. That house is not beautiful, it is not good, it is not yours. A small habitable place of living is better than a mansion that is not secured. If there is no security in Nigeria, don’t talk of any development because the paramount obligation of the government, according to the Constitution of Nigeria, is security. That is why I focus on security more.

Were you ever warmed about the tone of your sermons before the committee in charge of the mosque suspended and eventually sacked you?

It was not a warning but an exchange of admonishment with the chairman. There are areas he doesn’t want me to talk about or touch.  If he is telling me that he is a qualified politician and therefore has the right to use the mosque to criticise the government, unlike me, a poor person, just an Islamic cleric, who has nothing except a bunch of books and therefore shouldn’t challenge the government, I am sending a message that it is not like that; I am a citizen, I have the right.

How do you response to those who say you criticise government because you have been denied government contracts?

Everybody knows me. Look at the house I am living. Show Nigerians the mosque I was living; tell them the name of the mosque. Show them the chair I was sitting on. I show them the house I live, the chair I sit on; the car I am driving says a lot that I am not the type that goes to any government for favours. Go and ask this government or the one before, ask for the records from anyone. I don’t ask for privileges. I decided to be the poorest Imam in Abuja and they know it. How can you say I am doing it because of favours?