The Peoples Democratic Party (PDP) on Sunday said the national leadership was still anticipating the report on the 2023 zoning arrangement.

The PDP is yet to give a date for the presentation of the report, almost three weeks after the team was inaugurated.

In his remark, National Chairman Iyorchia Ayu noted that zoning would be respected because it’s a part of PDP’s tradition.

The “delay” in submission has raised fears in certain quarters with rumours that the party would throw its presidential ticket open.

Reacting, Ologunagba explained that he could not give a timeframe because there is none yet.

The spokesman also reacted to the alleged internal wranglings in the leading opposition platform due to the zoning issue.

“Number 1, I don’t have a date; Number 2, I like the word alleged because there is no controversy among the leaders.

“As the NWC (National Working Committee), we will wait for their report. When it is delivered to us, we will then call for a meeting of the NEC (National Executive Committee).

“So, no date yet until they submit. We have not received any report. As soon as we do that, we will start the process of convening NWC meeting and transmitting the report to NEC”, he said.

Sources earlier told DAILY POST former Vice President Atiku Abubakar is the man to beat despite opposition by some chieftains.

His camp already declared they were not scared about an unfavourable zoning provision, insisting there is no infighting over who becomes the candidate.

“We have nothing against whatever the party will decide, but the zoning will not be against us”, said Raymond Dokpesi, head of the campaign technical committee.

Ex-Senate President Bukola Saraki, Sokoto Governor Aminu Tambuwal and Bauchi Governor Bala Mohammed have been going around the country in their bid to select a consensus candidate.

While aspirants like Atiku prefer an open contest, others including Rivers Governor Nyesom Wike are insisting that the South gets the ticket.

Sources told DAILY POST that Saraki and co. as well as Wike put a strong case for the North and South respectively during their separate meetings with Governor Samuel Ortom.

The Benue helmsman, who received them in the state capital Makurdi, is the Chairman of the PDP Zoning Committee.

Meanwhile, the South-East bloc in the party has announced their desire to see someone from the zone emerge as the standard-bearer. 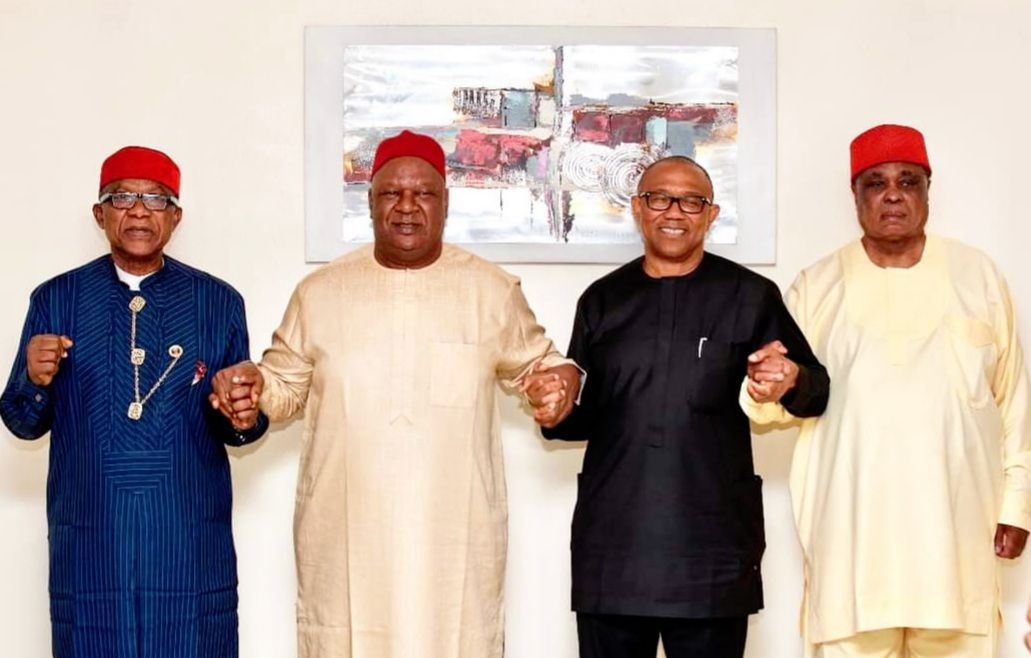 Anyim announced that they resolved to work to promote understanding, unity and collaboration.

“We agreed to work together as a team. We will work to ensure that a South Easterner emerges as the PDP flagbearer.

“We intend to consult with other zones on this issue and it is based on fairness and equity.

“It is important to note that we have always supported other zones and we now expect them to reciprocate.”

Anyim expressed their commitment to liaise with PDP leadership and members across the nation to ensure that “founding principles and ideals are upheld”.

He assured Nigerians that the PDP “is ready to rebuild, reunite the country” and appealed to them to vote for the party next year.

Meanwhile, Minister of State for Labour and Employment, Festus Keyamo has accused opposition politicians of splitting their party ahead of the elections.

The Senior Advocate of Nigeria (SAN) was however silent on the political platform he was referring to.

On Twitter, Keyamo recalled how rivals accused the All Progressives Congress (APC) and the Federal Government of ethnic bias.

“Those who criticise us that we’ve divided Nigeria along ethnic lines can’t manage the ethnic diversity of their own party.

“In seeking their presidential ticket, they have now divided their own party along ethnic lines. Those who cannot rescue themselves want to rescue Nigeria”, he tweeted.