HomeChris Rock Declined Talks About Will Smith: 'No Word About That Until...
Featured

Chris Rock Declined Talks About Will Smith: ‘No Word About That Until I Get Paid’ 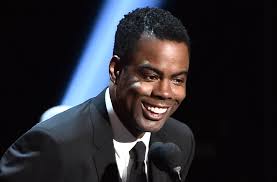 Chris Rock is staying mum on Will Smith and the incident at the Academy Awards for now.

On Saturday evening, Rock took the stage to perform at his show in Palm Springs, California and told attendees he won’t be sharing his story of the infamous slap in the face until he’s financially compensated.

“I’m OK, I have a whole show and I’m not talking about that until I get paid,” Rock, 57, told show attendees, report maintained. “Life is good. I got my hearing back.”

Saturday’s performance wasn’t the first time Rock has circumvented the topic of being slapped by Smith for making a G.I. Jane joke about Jada Pinkett Smith’s hair. Earlier this week, Rock performed a surprise set at NYC’s Comedy Cellar, but made it clear that he wouldn’t be talking about the altercation.

It was a similar situation in Boston last week, when Rock told audience members that he was “still processing what happened,” but said eventually he will talk about “that s***.” Despite his shock, it was clear Rock was thrilled to be back on stage, with the venue’s owner proclaiming that Rock was “in a great mood.”

As a result of attack on Rock, Smith preemptively resigned from the Academy, and was subsequently banned from the Oscars and other events hosted by the Academy of Motion Picture Arts and Sciences for a decade. Last week, the Academy Board of Governors gathered to discuss disciplinary actions and apologized for mishandling the situation since Smith was allowed to remain at the event and went on to take the stage to receive his award for his role in King Richard.

“During our telecast, we did not adequately address the situation in the room. For this, we are sorry. This was an opportunity for us to set an example for our guests, viewers and our Academy family around the world, and we fell short unprepared for the unprecedented,” they continued. “Today, the Board of Governors convened a meeting to discuss how best to respond to Will Smith’s actions at the Oscars, in addition to accepting his resignation. The Board has decided, for a period of 10 years from April 8, 2022, Mr. Smith shall not be permitted to attend any Academy events or programs, in person or virtually, including but not limited to the Academy Awards.”

Smith said in a statement through his rep, “I accept and respect the Academy’s decision.”