Tekno warned the ‘OBO’ crooner not to speak to him again if he is not featured on his new album.

His tweet read: “Davido if the new album comes out and I no dey inside don’t talk to me again.”

Recall that Tekno produced the hit song ‘If’ for Davido in 2017 which topped the music charts.

Meanwhile, Davido is yet to announce when his next album will be out.

The singer released his third studio album ‘A Better Time’ in 2021 which recorded hits like ‘Fem’. 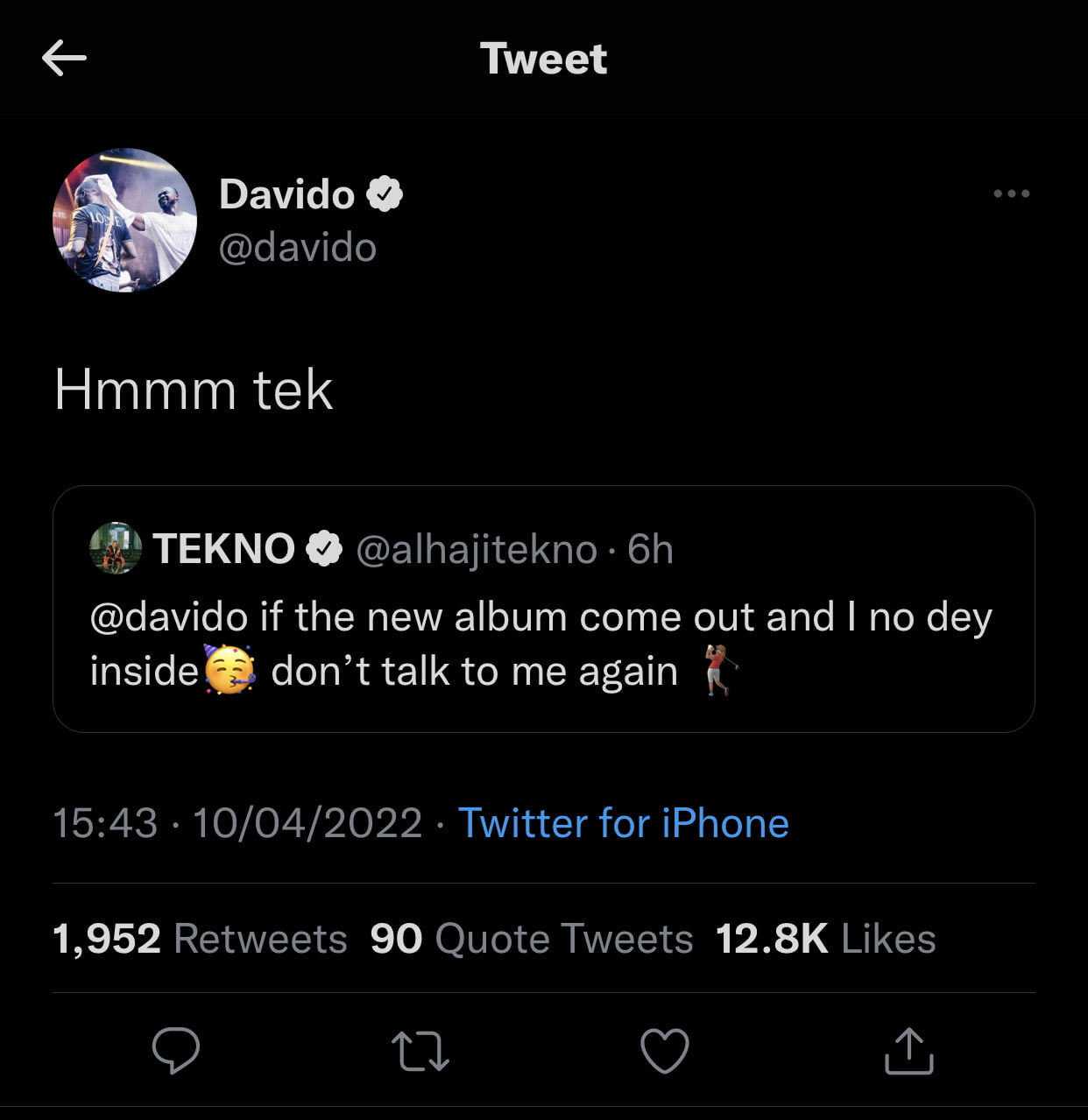 Davido reacts to Tekno’s warning on next album