Tragedy stuck in the agrarian community of Akungba Akoko, Akoko South West Local Government Area of Ondo State on March 29, 2022 as a school bus conveying pupils to school burst into flames, killing one and injuring 15 of the pupils. Two of the victims’ parents speak to PETER DADA about the tragic incident

What is your name?

My name is Festus Oloke. 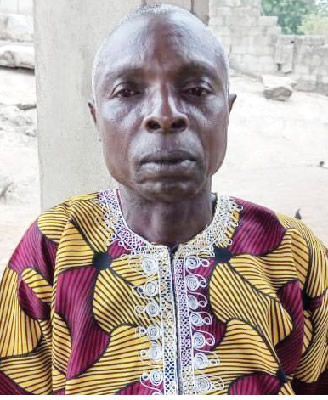 What do you do for a living?

I am a carpenter.

Was your child among the pupils in the school bus that caught fire?

Where and how are the children now?

They survived with injuries. One is at the Federal Medical Centre, Owo in a critical condition. I am just coming from my daughter whose two children were in the bus. The fourth child is also my grandchild.

Where were you that morning when the incident happened?

I was in the town (Akungba Akoko). I was on top of a rock and saw the fire. At first, I thought it was a house that was burning; I felt the fire could have been caused by gas leakage. Then my wife called me and said she learnt that the school bus was on fire. I panicked; I was confused and started to run helter-skelter. I rushed down to the place. When I got there, I was told the pupils had been taken to a private hospital. When I got to the hospital they said they had been transferred to the general hospital, so I went to the general hospital.

What were you told caused the fire?

What really happened was that the driver put a keg of petrol in front of the bus, using a rubber pipe to pass petrol into the carburetor, which is not supposed to be. I couldn’t imagine a school bus, conveying pupils doing such a thing!

Are you saying the fire outbreak was due to the school’s negligence?

Secondly, the pupils he went to pick at Ipaka (area of Akungba Akoko), he was supposed to go and drop them in school first before going to Araromi to pick the remaining pupils.

Are you making any demands?

I need help; I want the government and individuals to help me with hospital bills. The bills are just too much for me. Already I have spent so much and I have been running up and down looking for where to get more money but so far, nothing has come forth. I know how much I have spent at the FMC, Owo since the day that the incident happened. I am really disturbed.

What do you advise to avoid this kind of incident in the future?

Those driving little children should be cautioned. They should stop putting petrol keg inside or in front of the bus and if they know their bus is faulty, they should take it to the mechanic for repairs before putting on the road. This is what I see as the best solution to the problem.

My name is Pastor John Oluwasegun Ajasegun. I am a clergyman by profession.

Was your child among the pupils in the ill-fated school bus?

Yes; I had two children there.

How are they faring now?

One of them died, the other survived. Quite a number of my church members’ children were also in the school bus.

Where is your surviving child now?

The one that died, we have buried him while the one that is alive is at home now recuperating.

What were you told led to the fire accident?

From the statement written by the driver at the police station, he explained that he was picking pupils from their different houses and that the fire incident happened at the house of the last pupil he went to pick. He said when he got to the pupil’s house, the pupil was not ready, so he rushed inside the house to hurry the pupil up. He said on coming out of the house, he realised that there was a spark somewhere in the bus and a fire broke out.

How were you informed about the incident?

I got a phone call and I immediately got into my car and rushed down to the place. By the time I got there, I discovered that they had rescued the pupils and taken them to a private hospital. I advised that we should move the pupils to a specialist hospital. So, some of the children were transferred to FMC (Federal Medical Centre), Owo, while some parents went home with their children who were not much injured. We advised them to let all the children be taken to the hospital, but they said they had people who would take care of the children.

Do you think the school is to blame for the accident? 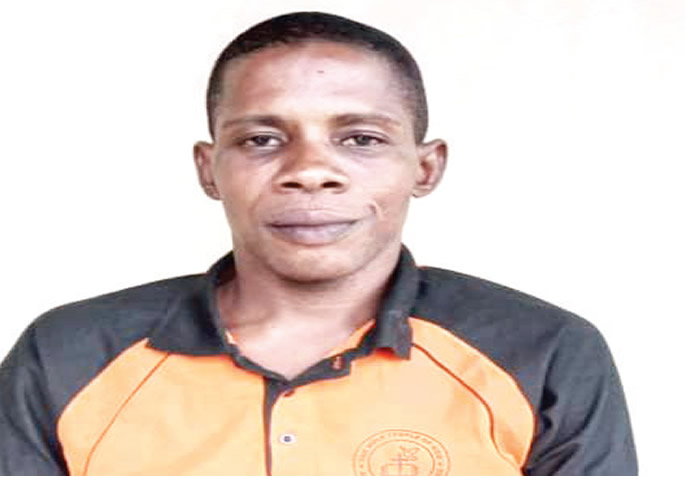 I can’t blame the school; I blame no one. In everything, we should thank God because this is Nigeria, things are not easy anywhere. I think this might not have happened if there was no problem of fuel scarcity because the driver should have gone and dropped the pupils he had already picked in the school first and then return to other students who were not on time. But he couldn’t afford to do that because of fuel scarcity; everybody is managing. That is my own point of view.

Our government should find a way to repair our refineries so that we will refine our own crude oil here in Nigeria and that will put an end to the problem of fuel scarcity.  So, I don’t blame anybody. We should only give glory to God.

What lessons must school owners and parents take away from this incident?

Government should monitor establishment of private schools, their infrastructural facilities, the bus they will use to convey pupils to and fro; it is very important.

If the proprietor is financially okay, he would be able to buy a good school bus to convey pupils. Look at this school we are talking about now, the owner is a (university) graduate. After graduating, he couldn’t get a job, so he thought of what to do and decided to establish a nursery and primary school, since that is his line. With the current situation of the country, our graduates can no longer be hoping and waiting for white collar jobs. If he had got help, this tragedy might not have happened.