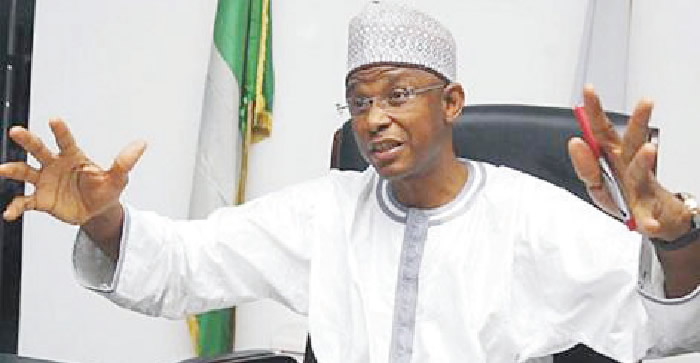 Muttaqah Darma, a former Executive Secretary of the Nigeria Petroleum Technology Development Funds and a governorship aspirant in Katsina State, tells OLAIDE OYELUDE about the need for the Independent National Electoral Commission to check political parties’ spending and other issues

What informed your criticism of the N21m the Peoples Democratic Party levied its governorship aspirants as fees for nomination and expression of interest forms.

It’s true; I condemned the N21m nomination fee. In fact, personally, I cannot pay the levy because it is like asking me to pay in arrears my 10 years salary as a governor. I wonder the kind of message the party is trying to pass across to the aspirants. The governorship form was sold for N6m in 2019 and now, they are adding N15m instead of reducing it, knowing that the problems the country is facing now are worse than what the country experienced in 2019. I believe the party will just collect the money and nominate the highest bidder for the election. After the payment, an aspirant is still expected to meet the delegates and “settle” them for him or her to scale through. Meanwhile, the delegates are the least qualified in the whole process.

I see the governorship seat as a call to service while the voters are my employers. If I do well while serving them, the electorate will endorse and vote for my second term and not the delegates. To me, being a governor is like taking up a job or an employment and not an avenue to amass wealth. So, asking a governorship aspirant to pay N21m as nomination fee is nothing but a direct way of legitimising corruption and I will never be part of it. Unfortunately, the PDP is now becoming a cult organisation where only money bags and godfathers call the shots and ensure that only they or their wives or their children or their foot soldiers are given the opportunity to go for elective political offices. At least, I know what is happening in Jigawa, Sokoto and in Katsina states.

We now have a situation where some aspirants, out of desperation, approach banks to obtain facilities to meet their political ambition; those who cannot do that offer their properties for sale at cheaper prices to raise the money, while some will also approach godfathers to bankroll them. When such aspirants eventually get elected, the first thing they will do is to look for means to recoup all the money they have spent in getting to the office. Invariably, they will compromise and not attending to the needs of the electorate as they will be busy trying to recoup their money or dancing to the tunes of the godfathers or moneybags that bankrolled them. So, if that is not corruption, what do you call that? I have vowed not to be part of that.”

But you said the other time that you would still run for the Katsina governorship seat in 2023 despite your stand against the huge amount for nomination form?

My desire to govern the state is not a new project. I have been in this project for about four years now and Insha Allah, I will still run in 2023.

That means you will pay the nomination fee as directed by your party.

My interest to vie for the office of the Governor of Katsina State arose from my intimate desire to help our people overcome the many disadvantages they are daily confronted with. This has even made me to recently write five books on the state, all showing that the multiple disadvantages being faced by the state can be overcome with an efficient government that have robust programmes which my government will carry out if elected into the office in 2023. As for the payment of the nomination fees, all these would be unfolded when I officially launch my ambition which will come up very soon.

Since you are against the N21m governorship nomination fees, how much will you be suggesting as being an ideal amount?

The amount should be between N3m and N5m, and at worst, N8m. More importantly, the Independent National Electoral Commission should wake up to its responsibilities to ensure that its policies and guidelines are followed by political parties. INEC does not follow up on its responsibilities and if it continues not to do the needed follow-up, I will continue to shout especially against these high nomination fees for the governorship seat. Nigerians have challenges of governance and it is only if we keep on shouting against such challenges that those saddled with the responsibility of resolving them (challenges) will wake up to their responsibilities. The only way to ensure that only people with good intentions to serve the electorate is to shout against this policy of high nomination fees otherwise only the highest bidder will be fielded as governorship candidates. Even if the highest bidders get their parties’ nod to contest in the election, people should reject them at the polls for the sake of the country and the development of democracy. People, especially the electorate, should consider the competence, the integrity and the loyalty of any candidate to the community who offers himself for the governorship seat before voting for such a person.”

Have you drawn the attention of your party to your reservations regarding the alleged nomination fees and what was the party’s response?

Yes I did. Even before now, I had made several complaints to the party but no action was taken.

As a governorship aspirant, what other things do you want to do that differ from what others have been doing to assist the state if you become the state governor?

I recently introduced five books to the public on how Katsina State could develop. The books treated such factors that are responsible for our current situation in the state and what should be done to bring positive development to the state. If I become the state governor in 2023, I will implement all those issues raised in the books, Insha Alah. For the over three decades that Katsina has been in existence, it has never been confronted with myriads of difficult challenges as in recent years and the main motive for my ambition to become the state governor is my desire to find solutions to all these problems. I told you the other time that I have been nursing this ambition of becoming the state governor for over three years now.

You know the current political light was ignited on Friday, February 25, 2022 when President Muhammadu Buhari finally signed the Electoral Act Amended Bill, 2021 into law. The signed electoral law is quite significant in many ways. One significant intended contribution of the law is that it shall reduce many electoral malpractices through the brazen forging of figures and other manipulative processes that hinder the growth of democracy in Nigeria. All these have encouraged me to renew my desire to run for the governorship seat.

What about insecurity? How do you intend to tackle the destruction of lives and property if you become the governor of the state?

I treated all these in my recently launched books. Take for instance, I observed that in the last 10 years, the incessant banditry and insurgency that started as farmers-herders’ clash have driven out several farmers from their farming communities. With all these and many more, it has become important for the government to think outside the box and come up with a sustainable solution that will be proactive. The insecurity challenge we face today, particularly insurgency and banditry in Katsina State and in the northern part of Nigeria in general could be easily linked to poor governance, poverty, drug use and other instigators. The instigators include state actors, complications or porosity of our land borders, human rights abuses, election or political violence as well, as conflicts over resources.

To tackle insecurity in the state, we need to understand its root causes, so that we can design strategies to eliminate those causes. In addition to the causes, we shall also be in a position to understand who those bandits are and what are their common characteristics and modus operandi. Our prospective government shall design strategies based on globalisation principle; that is, using unconventional solution methods. These methods shall make use of comprehensive security policies that have a global appeal with a local touch.”