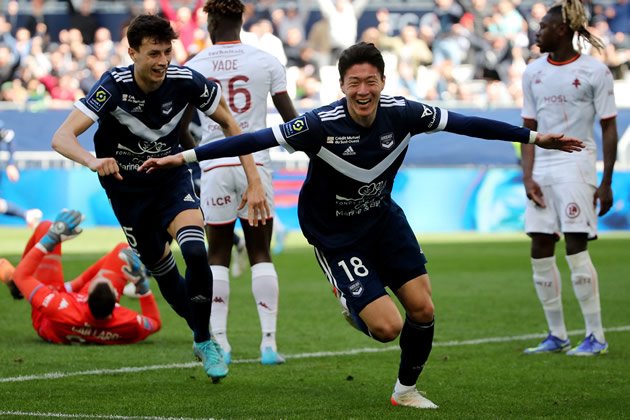 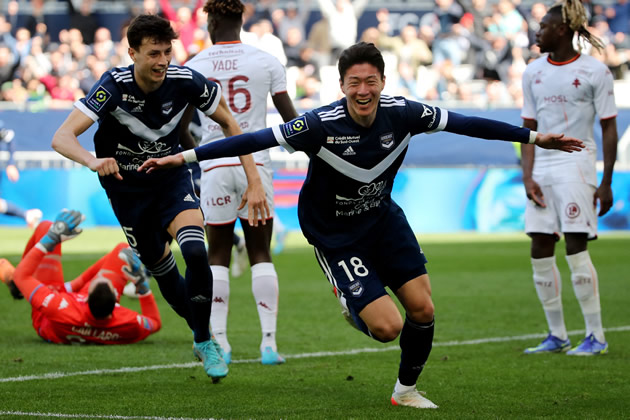 Bordeaux ended an eight-match winless run by beating relegation rivals Metz 3-1 on Sunday to earn a first victory under coach David Guion and climb off the foot of the Ligue 1 table.

Metz came into the game above Bordeaux on goal difference and took a first-half lead through Didier Lamkel Ze, who cut short a loan at Russian side Khimki following the invasion of Ukraine.

Ricardo Mangas equalised early in the second half and Senegal international M’Baye Niang scored his first league goal since November to put Bordeaux ahead.

Hwang Ui-jo added a late third as Bordeaux switched places with Metz in the bottom two and moved to within a point of Saint-Etienne in the relegation play-off place.

Clermont are one point above Saint-Etienne in 17th following Saturday’s 6-1 thrashing by Paris Saint-Germain in which Kylian Mbappe and Neymar both scored hat-tricks for the league leaders.

Nice lost more ground in the race for a Champions League spot after going down 3-0 at Lens, who played over 70 minutes with 10 men.

Massadio Haidara was sent off for catching Youcef Atal above the knee as he attempted a clearance, but Lens struck twice after half-time through Arnaud Kalimuendo and Cheick Doucoure.

Nice midfielder Mario Lemina then saw red before Kalimuendo grabbed his second to leave Nice with just one win in six and five points off the top three.

Marseille will regain second place from Rennes if they avoid defeat at home to Montpellier, while Strasbourg host Lyon aiming to extend their eight-game unbeaten run to stay in the hunt for an unlikely Champions League berth.

Monaco improved their prospects of European football next season with a 2-1 victory over Troyes courtesy of goals from Caio Henrique and Kevin Volland.

Nantes drew 1-1 at Brest following crowd trouble that held the game up for around 10 minutes in the second half.

Visitors Nantes led after Randal Kolo Muani’s goal but the game was briefly stopped as away fans threw flares onto the pitch.

A second, longer interruption followed shortly after half-time when a handful of Brest supporters attempted to invade the pitch to confront Nantes fans. One was later arrested.

The referee sent the teams to the changing rooms. After they returned, Brendan Chardonnet scrambled the ball in at a corner to earn a point for Brest.

Lille drew 1-1 at Angers as Edon Zhegrova cancelled out an own goal by Tiago Djalo for the outgoing French champions.