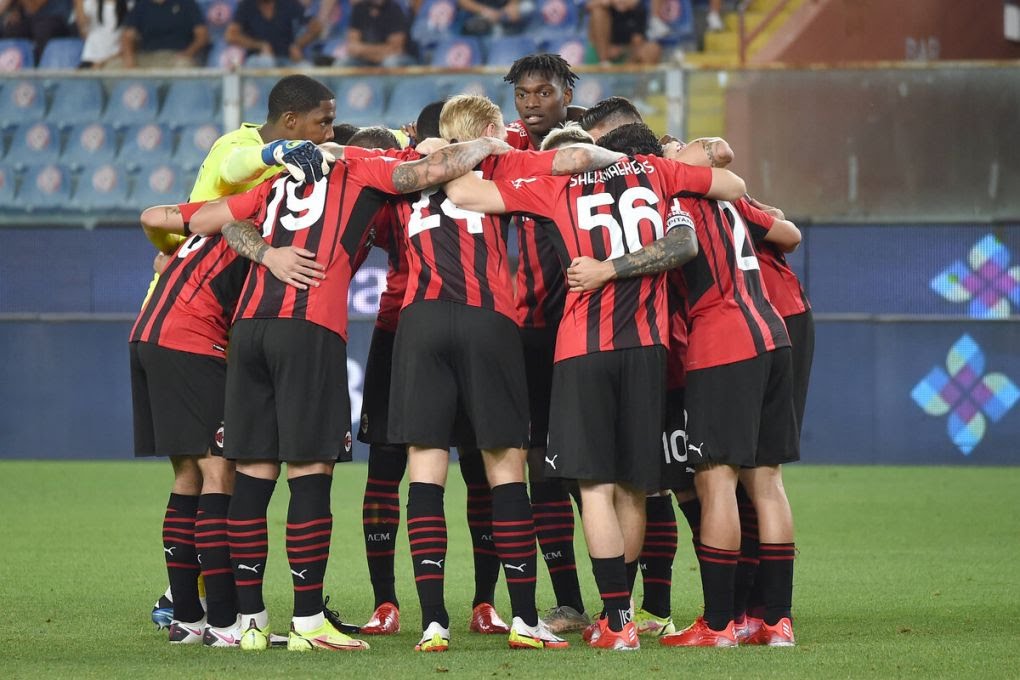 AC Milan missed a chance to cement their position as Serie A leaders on Sunday after only managing a goalless draw at Torino which left them just two points ahead of the chasing pack.

Stefano Pioli’s side had the chance to extend their lead to four after Napoli slumped to a 3-2 home defeat at the hands of Fiorentina but once again underwhelmed against modest opposition.

The draw not only let third-placed Napoli off the hook but gave Milan’s local rivals Inter Milan the upper hand in an enthralling race for the Scudetto, as the champions also sit two back in second after their 2-0 win over Verona on Saturday but with a game in hand.

Also big winners this weekend are Juventus, who looked out of the picture after being defeated by Inter last weekend but are now six points back in fourth with six matches still to play.

Milan have had trouble finding the net in recent weeks and, hampered by last-minute injuries to Zlatan Ibrahimovic, Ismael Bennacer and Ante Rebic, on Sunday did little to suggest they are a title-winning side.

A combination of rock-solid Torino defending led by the unflappable Bremer and poor finishing, exemplified by Sandro Tonali’s weak shot in a great position with 15 minutes remaining, enabled Torino to gain another home point against one of the big boys after similar results with Inter and Juventus.

In fact it was Milan goalkeeper Mike Maignan who made the best save of the match five minutes after the break from Mergim Vojvoda, while Fikayo Tomori had to be at his best to block a powerful effort from Andrea Belotti 15 minutes later.

– ‘Difficult for us now’
-Napoli’s bid for a first league crown since 1990 was hit less severely than Luciano Spelletti’s team thought when they trudged off the field at the Stadio Maradona.

“It’s more difficult for us now but we don’t have any other choice but to continue being top-quality professionals, get back to doing what we do and try to win the next match,” said Spalletti to DAZN.

The hosts were the better side until Nico Gonzalez opened the scoring on the half hour with a thumping finish off the post, after which Napoli almost vanished from the field until the introduction of Dries Mertens 10 minutes after the break.

Mertens’ first act was to almost lift the roof off the stadium by drilling home a superb first-time finish from Victor Osimhen’s cut back, but the roars of the passionate crowd were soon extinguished by two goals in quick succession from Jonahan Ikone and Artur Cabral.

With six minutes left Osimhen, who had struggled all day to get the better of the brilliant Igor Julio, smashed home his 12th league goal of the season which will offer little consolation to the Nigerian and his teammates.

– Roma sink Salernitana –
A third win in a five-match unbeaten run has Fiorentina — in seventh above Atalanta who were sunk by Hamed Traore’s brace in a 2-1 defeat at Sassuolo — four points off Serie A’s Europa League spot currently held by Roma after their 2-1 win over Salernitana.

Jose Mourihno’s team bounced back from losing at Bodo/Glimt for the second time this season by coming from behind in front of 64,000 fans at the Stadio Olimpico with two quick-fire late goals from Carles Perez and Chris Smalling which kept them five points behind Juve.

“Today we knew even going in at half-time 1-0 down, we needed the points and there was no way we could lose this,” Smalling told DAZN.

“You saw the character, we never gave up and deserved the win.”

Roma are two points ahead of Lazio who were fired to a 4-1 win at relegation-threatened Genoa by a Ciro Immobile hat-trick which took the Italy forward to 24 league goals in 27 games this season.