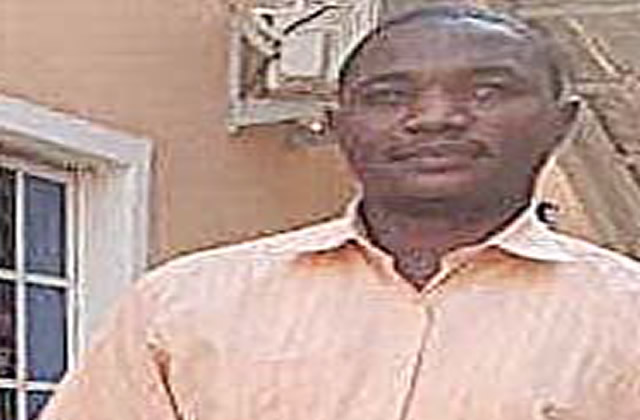 24-year-old Fadila Abdulrahman tells GODFREY GEORGE how a soldier jilted by a lover went on the rampage, opening fire on her 26-year-old brother, Adam, and other passengers in a bus at a checkpoint in Mafa town, Borno State

Briefly tell us about yourself.

My name is Fadila Abdulrahman. I am 24 years old. I am from Mafa town in Borno State.

What is your relationship with Adam Danna who was reportedly shot dead recently by a soldier in Borno?

He was my elder brother. He was among the people that were shot dead by a soldier on March 23, 2022. He was on his way back from a business trip. He was 26 years old. He was a businessman. He dealt in clothes, shoes and the like. He was on his way from Maiduguri, where he had gone to buy some wares for his business when he met his untimely death. He was heading back to Mafa in the Gamboru-Ngala Local Government Area both in Borno State when the incident happened.

Who broke the news of his death to you?

We got a call through his phone. The person who called my mother did not tell us he was shot. The voice said, “Your son has been involved in a motor accident. You need to come and see him at the General Hospital.” My mother and I rushed down to the hospital only to be shown his corpse. That was when they told us that it was an angry soldier that shot him in the head.

What were you told exactly transpired between him and the soldier?

From what we heard, he was in a commercial bus with other passengers when the driver said he could hear gunshots fired at him. The passengers also heard the gunshots. The driver stopped the vehicle. He could not even properly park as he saw that the gunshots were coming from the direction of the military checkpoint. As he managed to park somewhere, all the passengers began to scamper for safety; some jumped out of the bus through the window but my brother could not escape.

Why did he not run?

They said he had some loads on his legs. So, he would have to unpack them before he would be able to run. Also, the back seat where he sat did not make it easy for him to escape as there was no window there.  There were two other people with him on the back seat. As they wanted to run, they were shot by the soldier. The soldier shot my brother in the head and shot the other persons in their legs or so. My brother died on the spot.

The policeman also shot some of the other passengers, who escaped with injuries. We learnt that an infant and two other women were shot and they died too. The bodies of the deceased were moved to Mafa General Hospital, which was where we found my brother’s remains.

Was it confirmed that the person who fired the gunshot was actually a soldier and not a terrorist wearing military uniform?

He is a soldier. He was in his army uniform. The incident happened at a military checkpoint. Even his colleagues traced our house and came to apologise to us. He is a soldier. They cannot tell me otherwise.

What were you told triggered the shooting by the soldier?

They said he came to a particular compound to marry a girl and found out that the girl had been married off to another person. Out of anger, he came out and opened fire, scattering the entire place. He got so upset that he was shooting at everyone and everything. His colleagues were trying to calm him down so he wouldn’t shoot his suppposed in-laws-to-be. He rushed out with that anger and targeted the moving bus and began to shoot at the bus. As the people ran towards the house where the supposed marriage was to hold, he also shot them. I don’t have the full detail of everything but I know that he shot my brother in the head for no reason, and he (my brother) bled to death.

When the soldier’s colleagues came to apologise to your family, what exactly did they tell you about the incident?

They said their colleague opened fire because his girlfriend was given to someone else to marry; they said that was what got him angry.

Have you lodged a formal complaint to the army and also reported to the police?

Yes, we did report to the police and to the army. We told everyone we were told could be of help. Later on, the army said they had arrested him. But since then, we have heard nothing. They didn’t do anything.

What kind of a person was your brother?

My brother was an easygoing person who didn’t talk too much; he wasn’t that sociable. He spoke only when he was spoken to and went about his business.

No, he wasn’t. He had no kids either.

How are your parents taking this sad incident?

My dad is dead. It is just me and my mother. We are just two in the family. My mother is very young. She is in her 40s. When my mom heard the news, she fainted and was hospitalised for days. She already had high blood pressure, so, the news almost killed her. I would have lost the two of them. She was just discharged from the hospital not long ago. They just killed my brother like that! Our family has been thrown into mourning. Please, help us to tell (the President, retired Major General Muhammadu) Buhari, and the army to come to our aid. We are in pain.

Was your brother educated?

He finished secondary school before he started his business. He was the breadwinner of the home since my father’s passing. Even before our father’s passing, he had been the one acting as both husband and son to my mother. He was the one also paying my school fees. Since his death, I don’t even know how to cope. I am confused. Who would take care of us? We have nothing. We are empty. We need the government to help us.

Has he been buried?

Yes, he has. He was buried on the same day according to Islamic rites. When I saw his corpse on that day, you cannot imagine the feeling that went through my mind.

What do you want the government to do in this matter?

My only brother is dead. What would they do? He is dead and the person that murdered him would soon be set free to roam the streets of Maiduguri again. Perhaps, his gun would be handed back to him. The government needs to come to our aid and help us. We have suffered so much. If I show you the picture of his remains, you would not be able to sleep. It is gory. The bullet went through his skull and opened it. You could see the inside of his skull. What did he do? Nothing. He just wanted to make ends meet. The government needs to take care of us. My mom and I need the government’s intervention. We are hopeless.

Since the news broke, has any government official come to see you?

Are you in school now?

I am in Bayero University, Kano. I am just beginning a Microbiology degree after my diploma in Science Laboratory Technology.

Who would pay your school fees?

(Sobs) Exactly the question I have been asking myself! Who would pay my school fees? Is it from his grave? I have no uncle or aunty that would help me. I have reached out to everyone I know, but there is no help in sight.