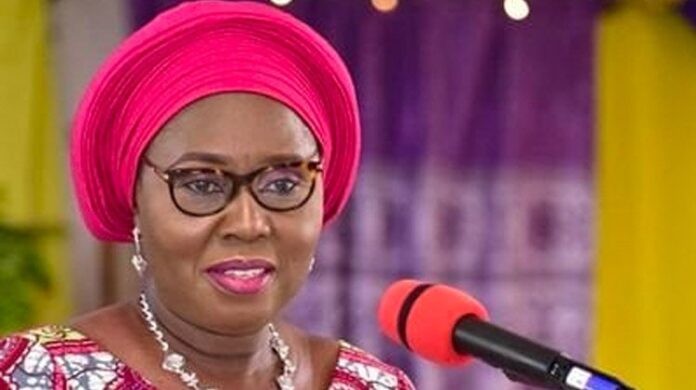 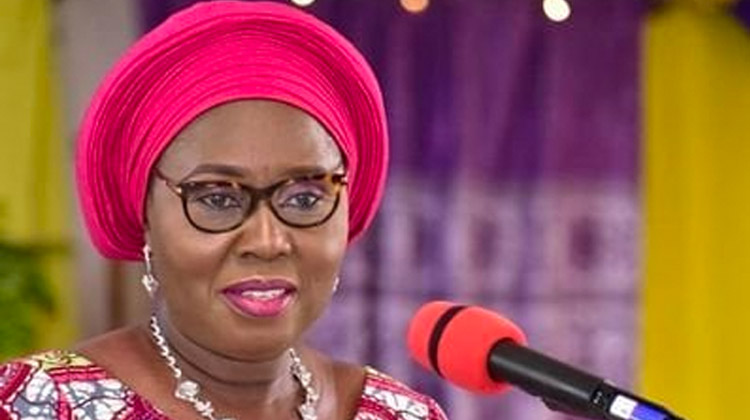 The first lady of Ondo state, Betty Akeredolu, on Sunday, said women were often treated as second class humans who are discarded through marriages.

Mrs Akeredolu, who spoke in Owerri, during her official declaration to vie for Imo East senatorial district election on the platform of the All Progressives Congress, said that the thinking that a married woman is a visitor in her father’s house should be discarded.

Recalling her growing up days in her father’s house in Imo State, Mrs Akeredolu, said,  “Using my life experiences while growing up in my community, Emeabiam in Owerri West LGA and till this moment as a married woman, women are often times relegated to the backgrounds, treated as second class humans who are discarded through marriages.

“Some members of my community in Emeabiam have regardless of my person and circumstances complained and even protested on the print media that I was meddling in the affairs of the community, insisting that I should go back to my husband’s place and leave them alone.

“The above scenario suggests that I have become a stranger on account of marriage. My response to such protests have always been a reaffirmation that I am from Emeabiam by birth and blood which marriage cannot unmask.”

“I grew up knowing no inhibition as a female, rather I was raised to aspire higher and become whatever I wanted to be. Who I am today, in character and indeed, is a reflection of the foundation which my parents laid in my early life. So any suggestion that I should go back to my husband’s house may be taking a joke far as I am going nowhere.”

She said that she was going to the senate to offer quality representation and inspire more women to take up political leadership responsibilities in the country.

The first lady tasked the electorate to subject aspirants to screening and clearance, adding that the next senator of Imo East must have the requisite capacity to deliver.