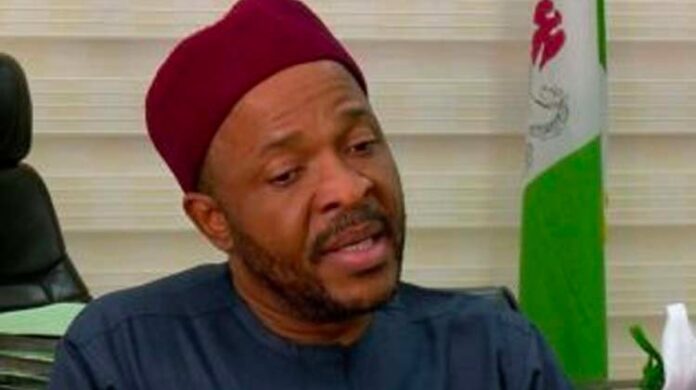 Has the government been able to get in touch with SSANU, NASU? What message do you have for them?

I met with some academic colleagues and we assured them. The same things that ASUU is asking for is also what they are asking for. But theirs is different because they are willing to bear with the government even with the N15b that is due to them not having been released for almost three years.  They are willing to continue working. The place where we have this issue of suspension of work is with  ASUU, SSANU and NASU.  We believe that every union is entitled to make requests and the government has almost agreed with them in respect of all of the demands. The government is only releasing money as it has it. On the renegotiation with ASUU and the ministry, a committee has already been constituted, and everything ASUU asked has already been met. The only departure is in the willingness of ASUU and SSANU to continue working while same entitlements are being worked on. The  unions in the polytechnics also have the same entitlements but they are willing to continue working while they get their entitlements. There is nothing that they are doing or asking for that is wrong. The issue is not whether they are right or wrong. What we’ve consistently asked is government and the people of Nigeria will continue to look into the matter because if you disrupt academic sessions because of one entitlement, you would eventually get the entitlement but we would have lost the time our children would have used in learning. Your are being mean.  There is no point in disrupting everybody’s life because you have not got your money.

Well the strike has not produced the money they are asking for. If the money was there, they would have been paid the day they started the strike.

Why is the government not considering the home-grown IPPIS, because there has been a lot of complaints about it?

Let me explain to you: when you look at ASUU, if you are talking about the welfare of your staff in the union; that is understandable. The IPPIS (Integrated Personnel and Payroll Information System) is paying people. Some people believe IPPIS is not working efficiently, if it is so, they should ask for their money. So, saying that government should use home-grown means of paying money is an option for government.

What is your message for Nigerians?

My message is we understand what they have been saying. The 2.2 million children we have in tertiary institutions who are in the universities and other tertiary institutions, and the nearly 100,000 lecturers, that work with them are a very important segment of our workforce. But then, they are not the only people in Nigeria. There are unionists in so many different parts, including the army, and police. All we manage to sell after banditry attacks is just less than 1,000 barrels of oil in a day. When the money comes in, it is that money we are going to use to pay the rest of the police, man o’ war, and all the civil defence groups and other organisations in Nigeria. It is that same money you are going to use in paying secondary-school teachers. You are going to pay everybody from this little money.  To build infrastructure, government just goes around begging China, begging this, begging that, but to pay salaries, we have to sell this little crude oil in order to keep the lives of 200-so million lives running. You can see what the Ministry of Finance is doing – it gave N50bn, N20bn – we don’t have N200bn in the coffers at a go. When the last President signed the agreement, he thought he might have the money. He was not properly guided; he just went to the TETFund and took 200bn and gave it to the university now the TETFund is in N300bn deficit.  The government can’t be managed like that: The government is not run by robbing Peter to pay Paul.   All the money that we gave in 2017, 2018, up until 2020 was money that we managed to get out of the system. They might be up to N200bn  at a time, but we’ve been able to pay Earned Allowances three times already. We pay each as they come.

There have been complaints that what the government is trying to do is to devalue the Nigerian tertiary institutions like secondary schools so that in a few years’ time, people will be attending only private institutions. What do you have to say about that?

In all this, the Federal Government is creating more public schools instead of reducing them; we are not closing them down. We licensed 20 universities last year; another 12 this year. It is our belief that Nigeria is still below 250 universities for 250 million people. Now, every year, we get about 1.5 million people writing UTME. When they finish writing we can only absorb about 600 and something thousand. That’s the entire capacity of the country. So they are perennial JAMBites. This is not like a country doing well. So how can anyone complain now that we are expanding capacities?

But ASUU claims that the proliferation of universities is not favourable and that the existing universities are not even being funded.

As a plan, the objective of government is to train and give as many people access as possible. The objective of ASUU is to make sure that their staff are getting very good condition of service. That’s how unions can engage government. But that’s not something you go on strike for.

They said they have turned it into a constituency project, like University of Transportation, University of Logistics where a politician just want a university in his village, etc.

We have not licensed any of these universities you mentioned. What we have is a national policy for doing things in a particular manner. The university is a universal system of learning. That’s why we keep considering how to regulate it. There’s a national Nigeria Universities Commission, whose regulatory function is to oversee all of these things. What we have done is to at least expand access. And while we are using the resources that are available to us to improve human capacity to be able to run because those are the two things needed; buildings are not the universities. It is content that makes the universities. So as long as we keep developing human capacity around them, we will ensure we give access to our people in millions.

All universities are shut down.  Don’t you think it is a slap on the Nigerian government?

This is the area I take exemption with journalists. How does somebody you pay decide that he doesn’t like the way you pay him and shut down the place? Who should be ashamed?

So what’s going to happen now?

It’s up to them, students, the government didn’t go on strike. It is the professional bodies that went on strike. They are the ones you should be asking when they will resume. We don’t have any disagreement with them. We are not promising anything. If you ask me why they went on strike, I will say I don’t know.

They complained about frivolous spending, travelling here and thereby politicians

When the budget of the national government (FG) is passed it becomes a law, they should go on strike and protest  at National Assembly that they don’t want people to travel again, remove this money, allocations and that. But when it has become law you can’t suddenly say they should remove them.

When are the unions: SSANU, NASU, ASUU resuming?

As I told you before the Federal Government has not stopped paying them. The only people who are on strike are them; they are the ones you should be asking when are they going back  to do their work for which when they are being paid. The conditions that they are giving are conditions that affect everybody, even the students. That’s not their prerogative alone; it is wrong for them to choose the conditions for every other person to live. What we need to do is the ones that we have agreed to do as a nation, if there is money everything will be done we will do it once there is money. Even NYSC wants their own copper allowance increased. There is nobody who doesn’t want something increased in Nigeria. All of us want some increase, because the economic situation is not only applicable to them. It’s applicable to everybody else including people who are daily-paid.  They are Nigerians too. I understand that they are providing an essential service of training Nigerians. But teachers at the secondary school level who don’t receive anything have not gone on strike. They are still with us. Not that they are not pained; they are pained but we pleaded with them. It is important that all of us manage our institutions together until things improve.