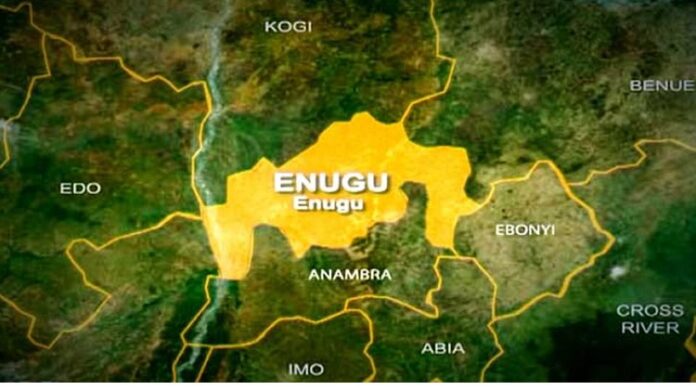 There is palpable tension in Enugu State metropolis as gunmen reportedly killed a driver and burnt his sienna bus at the Holy Ghost area of the state capital.

The gunmen also reportedly disrupted early morning businesses and chased away people who came out to board vehicles to travel to various parts of the country.

The incident which occurred early Monday morning, The PUNCH gathered, had sent traders and business owners back home while transport companies were forced to close.

Although it was not clear the motive behind the attack, it was rumoured that the attack might not be unconnected with the every Monday sit-at-home championed by the Indigenous People of Biafra members to protest the continued incarceration of their leader, Mazi Nnamdi Kanu.

A neighbourhood watch personnel who craved anonymity told our correspondent that the incident happened around 6 am.

“As I speak to you, Holy Ghost, Main Market and Old Park areas are ghost places now. The attackers burnt a sienna bus and I learnt they killed the driver. The Enugu North local government chairman alerted us this morning about the development and has directed that all us – local security outfit which includes – neighbourhood watch and forest guard personnel to come out,” he said.

Efforts to get police reaction were unsuccessful as the Command’s spokesman, Daniel Ndukwe, didn’t pick up his call at the time of filing this report.