HomeI have no son grown enough to challenge me, says Tinubu
Featured

I have no son grown enough to challenge me, says Tinubu 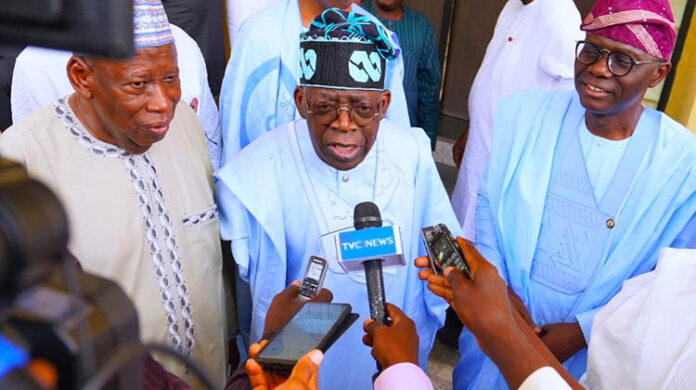 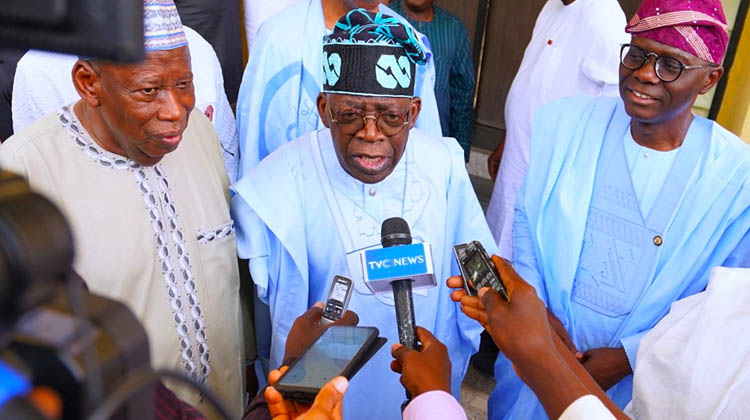 The National Leader of the All Progressives Congress and Presidential hopeful, Bola Tinubu, has said that he has no son grown up enough to contest the party’s presidential ticket.

This is as he revealed that he is seeking the collaboration, support and encouragement of the APC for his ambition to replace the President, Major General Muhammadu Buhari (retd.), whose tenure ends next year.

Tinubu said this shortly after a meeting with members of the Progressives Governors Forum at the Kebbi State Governor’s Lodge, Asokoro, Abuja.

The meeting is coming less than 24 hours after Vice President Yemi Osinbajo hosted the governors at his Aguda residence, State House, on Sunday evening; where he disclosed his intention to run for the APC presidential ticket.

Although Tinubu is yet to officially declare for office, he had in January informed the President of his intention to succeed him.

Fielding questions from journalists shortly after the meeting, Tinubu who said he was consulting widely to ensure his emergence as APC flag bearer ahead of next year’s presidential elections emphasised that he has no son at the moment who is grown enough to challenge him for the ticket.

Asked about the Presidential declaration of Vice President Osinbajo which came only a few hours before the Kebbi House meeting, he said, “I don’t have any son grown up enough to make such declaration.”

He added that “My mission here is to seek collaboration, support and encouragement of my party, the APC, for my ambition to become the president of the Federal Republic of Nigeria as replacement for President Muhammadu Buhari after his tenure.”

In his remarks, Chairman of the Progressive Governors Forum, Governor Abubakar Bagudu of Kebbi State said Osinbajo and Tinubu’s meetings does not put the governors in any straight betwixt.

He also noted that there is nothing wrong if the presidential candidate emerges through consensus; the same route the party took in electing its Chairman in the March 26 national convention.

Asked if Osinbajo and Tinubu’s contesting put the governors in a tight corner, Bagudu declared “No, no, no. In fact, on the contrary, we appreciate our party because it has become a party that has endeared itself to Nigerians.

“The fact that we have people in our party that express desire to lead the party into the highest office in an electoral contest shows how much this our party has resonated with Nigerians and our party members.

“For us, it is a hallmark of success that people are showing interest, but at the end of the day and because they are leaders of the party, they will always put the party’s interest at heart.”