HomeOn this same Twitter that they banned, Tweeps react
Featured

On this same Twitter that they banned, Tweeps react 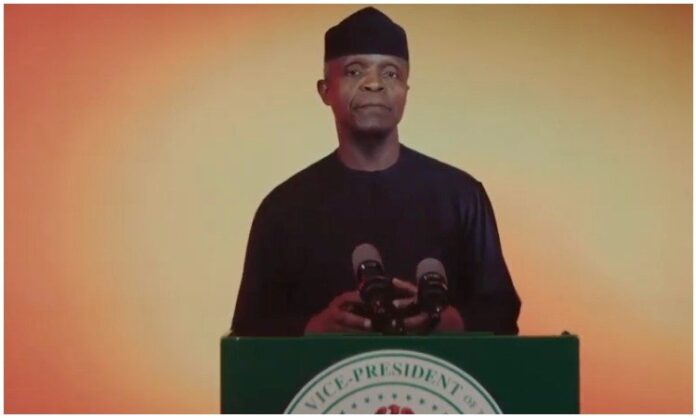 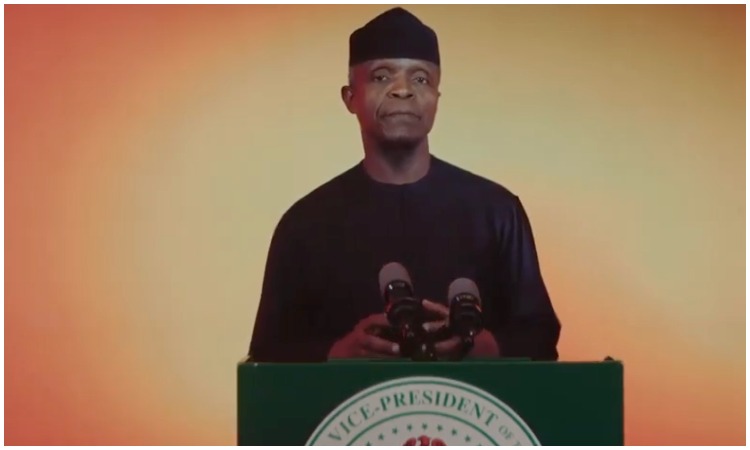 Reactions have continued to trail the declaration of Vice President Yemi Osinbajo to run for the presidency in the 2023 general election.

One of such reactions was by a Twitter user, @NaikeyOnuegbu, who slammed Osinbajo for declaring his intention on the “same Twitter that they banned.”

She tweeted, “On this same Twitter that they banned, they’re all coming to declare to run for (the) office of (the) President…The irony!”

Another user, @Krisdangis, asked in a direct response to the VP’s series of tweets: “On this same @Twitter you banned last year…???”

The Federal Government officially banned Twitter in Nigeria on June 5, 2021, after the platform took down a tweet by the President, Major Gen. Muhammadu Buhari (retd.), which it claimed violated its community rules.

Condemnations and outrage followed the FG’s ban on Twitter from local and international bodies and organisations, with many, including Amnesty International, maintaining that it was an attack on freedom of expression.

During the period of its suspension, many Twitter users in Nigeria resorted to using Virtual Private Networks to boycott the ban and to continue to have access to the social media platform.

Following the lifting of the ban, The PUNCH reported that Twitter users in Nigeria accused the FG of lifting the ban for political reasons, with some saying the FG needed the platform for campaign purposes for the 2023 elections, while others alleged that the FG lifted the ban “to look good” before the electorate in preparation for next year’s general election.

As Osinbajo declared his presidential ambition on Monday in a series of tweets accompanied with videos posted to his verified Twitter handle, @ProfOsinbajo, Nigerians have continued to react, with some in support of the VP’s ambition and others condemning him for what they called his role in the Buhari-led government.

A Twitter user, @UnlimitedEniola, while praising the VP for his oratory prowess, faulted his reference to Buhari as a true Nigerian patriot.

“He said he has listen(ed) to the y(e)arning of the people, but calling Buhari a true Nigeria(n) patriot is somehow. He said he wants to complete what they started!! Complete the reform of the justice system. His oratory prowess in the 6:56 minutes but he is serving under Buhari,” @UnlimitedEniola tweeted.

Another user, @Oserume1, asked in a reply to the VP’s tweets, “‘I have served with a true Nigerian Patriot’… How can someone lie that Buhari is a patriot???”

However, @falomojoy, in her own reaction, hailed the VP for declaring his intention to vie for the exalted seat, calling him “the most loved personality in every part of the country.”

“Nobody can deny the fact that you are the most loved personality in every part of the country. You are so connected to the masses and that is the type of a leader Nigeria need. We are with you on these sir. #OsinbajoDeclares #PYODeclares #OsinbajoIsRunning,” @falomojoy tweeted.