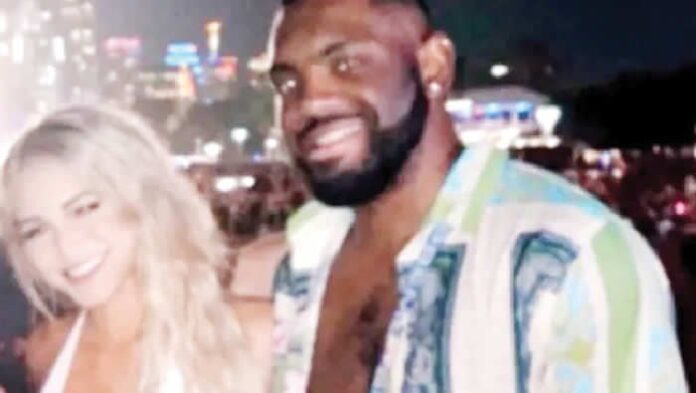 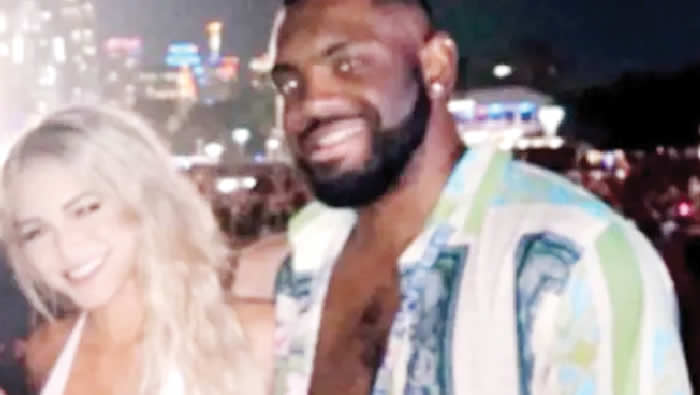 A Nigerian-American, Christian Obumseli, who was based in Miami, Florida, United States of America, has been killed by his girlfriend, Courtney Clenney, a popular Instagram star.

Atlanta Black Star reported that the 27-year-old was stabbed to death on Sunday, April 3, at the couple’s One Paraiso luxury building in the Edgewater section of the city.

Christian was pronounced dead at a local hospital, as Clenney was questioned by the police.

A video posted by an online tabloid, TMZ, depicts the woman standing outside the luxury apartment building covered in blood while talking to the police before being detained.

Shortly after her detention, she was hospitalised under the Baker Act.

Florida’s Baker Act law allows police, doctors, mental health professionals and judges to commit a person to a mental health treatment centre for up to 72 hours if the person shows specific violent or suicidal tendencies.

Clenney was reportedly under suicide watch after saying she wanted to take her own life.

Though her name was not released by law enforcement agents, friends and family of the deceased took to social media to identify her as an Instagram model with two million followers.

A day after the death, she posted content on her OnlyFans page.

A woman claiming to be Christian’s cousin wrote on Twitter, “This girl stabbed my cousin to death and got out on bail in less than a day.. @CourtneyTailor.”

Later, she posted a GoFundMe link titled, ‘In Memory & Justice of Christian Toby Obumseli’ that was set up by his brother, Jeffrey Obumseli.

“It is not enough to say we are shocked and hurting — we are utterly devastated. His murder leaves many unanswered questions and creates a void that can never be fixed or filled. Not even with time,” Jeffrey wrote.

A “very active investigation” has been engaged by law enforcement, hoping to determine the motive of the assault — not ruling out self-defence on the woman’s part and noting there was a struggle between the two before the stabbing.

The Miami Police Department spokesperson said, “We know that there was a physical altercation between them before he was stabbed.”

Friends of the couple said they knew they had a volatile relationship, but did not believe Christian was the aggressor in the relationship.

One Ashley Vaughn said, “We’ve seen her hit him. I’ve never seen him hit her.

“From what we’ve personally experienced between the both of them, we believe that Christian wouldn’t put her in a position where she would need to stab him to protect herself.”

Another person who claims to know the woman tweeted, “I’m concerned nobody is mentioning his gf @CourtneyTailor is the one that did it. She gets violent when she’s angry and high on drugs. I’m concerned she got out of jail on bail. I’m concerned a white girl will get away with murdering a Black man.”

A neighbour, who could see into the couple’s apartment from his, has a different account of Christian’s disposition.

He said he saw him strike the woman the week before his death, saying, “I could not tell if it was open-handed or closed-handed, but he was swinging at her.”

Friends say the couple moved to South Florida from Texas within the past two years.

Police say they were called multiple times since January to the residence concerning domestic disturbances.

The deceased’s family lawyer, Larry Handfield, told reporters the death was a big blow to the family.

Handfield said, “The family is devastated by the loss of life. At this point, all they’re looking for is justice.”

Christian’s death came one week before he would have turned 28.