Son narrates how Osun APC chair was killed by gunmen 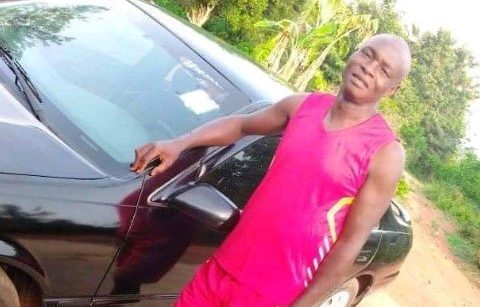 Aregbesola, son of the chairman of the All Progressives Congress in Atakumosa East Local Council Development Authority, Gbenga Ogbara, has narrated how gunmen attacked his father and shot him dead in their house in Igangan, Osun State.

Ogbara was reportedly attacked in his home in Igangan in the early hours of Monday by some assailants, who shot him dead and injured his wife and son.

The son of the deceased, who spoke on the hospital bed in a short video obtained by PUNCH Metro, said the perpetrators of the act lured his father out of his house and shot him repeatedly.

He also said he was hit by a bullet when the gunmen that killed his father were shooting sporadically.

“We just returned from the shop but my dad was in the house. I saw some people who rode motorcycles past us. When we got to the house, someone knocked on the door and asked for my dad.

“He went to the door, opened it, and moved towards the gate. The people waiting for him outside brought out gun and before he could turn, they shot him repeatedly and he fell. The men continued shooting and I was hit in the hand,” he said.

Also, Osun State Police Command spokesperson, Yemisi Opalola, said the deceased was killed in his house by some yet-to-be-identified gunmen.

She said, “He was killed in his home in Igangan. More details will be provided later but we have immediately commenced work to unravel the mystery behind the incident.”

Meanwhile, Osun State Government has ordered security beef up around the Igangan area to prevent the breakdown of law and order as a result of the killing of late Ogbara.

A statement by the Chief Press Secretary to the Governor, Ismail Omipidan, also said the government has directed security agents to launch a manhunt for the perpetrators.

The statement read in part, “As a government, we are resolved to do everything possible to protect citizens from actual and potential threats. To this end, we have ordered security beef up around the Igangan area.

“We have also directed security operatives to launch an extensive manhunt so as to fish out those responsible for the killing of the late APC chieftain.

“Government enjoins all citizens to be peaceful and to be law-abiding as all efforts shall be made to protect them and their property at all times.”