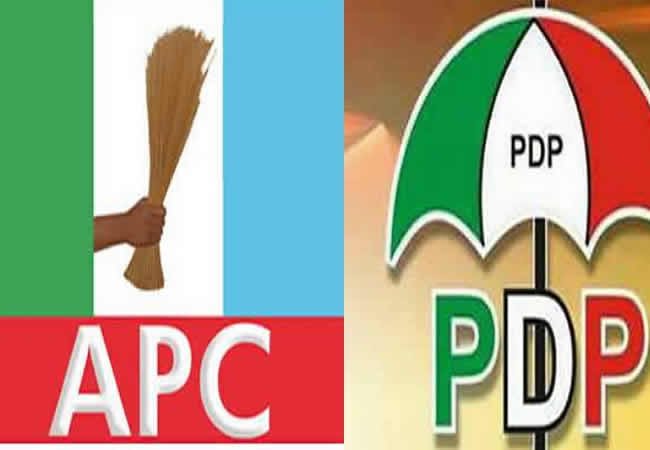 The Peoples Democratic Party on Tuesday said it would seek legal redress over the Katsina State Local Government election results won by the All Progressives Congress.

The Katsina State Independent Electoral Commission had declared APC candidates as winners in 31 councils announced by the umpire. The state has 34 councils.

He added that the election processes in Dutsin-ma Local Government Area were stopped following alleged irregularities and crisis.

“The commission has so far received complete results from 31 Local Governments, 328 Wards, awaiting that of Funtua and Daura while election in Dutsinma Local Government has been cancelled based on the reasons mentioned above.

“The commission, therefore, wishes to further announce that the All Progressives Congress, has won all the 31 Chairmanships and 328 Councilorships seats so far collated.

“Consequently, the commission seizes this opportunity to congratulate the winners of the elections and also appreciate all the political parties’ high level of maturity and sportsmanship exhibited by their candidates during and after the exercise,” he said.

But shortly after Faskari announcement, the PDP rejected the election results and insisted that the exercise was fraught with many “irregularities and flaws”.

The Acting Chairman of the party in the State, Salisu Uli, who addressed a press conference in Katsina, alleged that elections were not held in more than nine councils.

He listed the councils to include Kankara, Baure, Danmusa, Jibia, Rimi, Kafur, Bindawa, Ingawa, Musawa, among many others.

According to him, from the ways and manners results were announced in Katsina and not at council headquarters, the results announced were allegedly “cooked”.

“Some of the Local Government Areas in which elections did not hold include Kankara, Baure, Danmusa, Jibia, Rimi, Charanchi, Bakori, Kafur, Bindawa, Ingawa, Musawa, etc.

“While declaring results, we expect to see figures, such as total number of accredited voters, total votes cast, scores of candidates of each political party, invalid votes, and then, the candidate of the party with the highest number of votes is then declared as the winner in the presence of all parties and then the declaration of results sheets duly signed by party agents.

“The PDP rejected the exercise in its totality. This is not an election because it has not met even the most standard of an election. The election can best be described as a charade, a farce, a nullity, and therefore unacceptable.

“The PDP as a law-abiding party is appealing to members of the general public and our party members to remain calm as all available avenues would be explored to redress this injustice within the confines of the law.”

Also speaking, one of the PDP’s governorship aspirants in the 2023 election, Salisu Majigiri, said that it was shameful that the home state of Nigeria’s president could not hold an “acceptable standard local government election”.

Majigiri, who spoke on behalf of other aspirants, said, “What we experienced in Katsina on Monday was not an election but a complete sham. And it tells a lot on Nigeria democracy especially when the 2023 general elections are around the corner. It is shameful that a state where Nigeria President is from cannot organise simple local government election.”