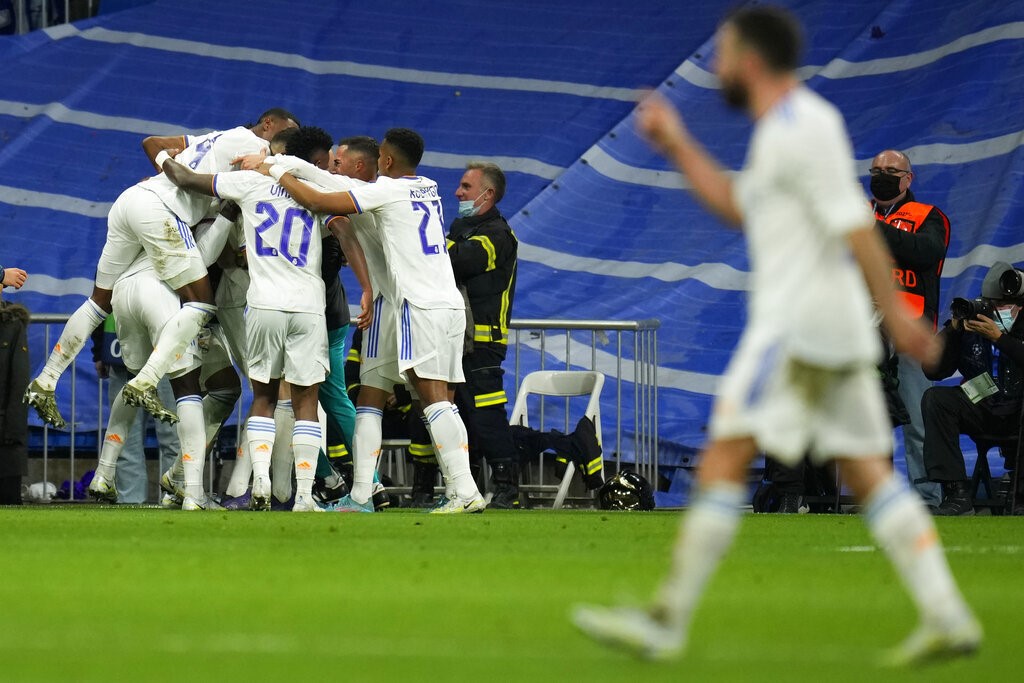 Karim Benzema’s extra-time header sent Real Madrid into the Champions League semi-finals despite holders Chelsea fighting back with a 3-2 second-leg win in Spain on Tuesday.

Thomas Tuchel’s Chelsea, trailing 3-1 after the first game at Stamford Bridge, turned the quarter-final on its head with goals from Mason Mount, Antonio Ruediger and Timo Werner.

But Rodrygo’s 80th-minute volley forced an added half an hour, and Benzema headed home to grab a 5-4 aggregate triumph for 13-time European champions Real.