Dickson warns against division in PDP 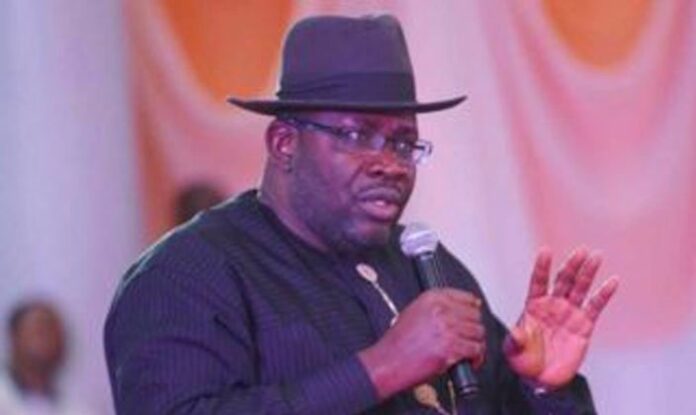 He warned politicians who were out to cause disaffection among the leadership of the party over issues clearly not unconnected with the 2023 general elections to desist forthwith.

He enjoined them to remember the mercy and grace of God which blessed the party’s joint effort to retrieve its stolen mandate, based on the effort led by him to midwife the advent of the current administration.

Dickson made the call in a statement on Monday by his Media Adviser, Mr Fidelis Soriwei, in Abuja.

He said, “My media aides drew my attention to a scurrilous, anonymous article making the rounds, whose objective was clearly aimed at sowing a seed of discord in the PDP.

“I know that in a politicking period like this, a lot of grievances and disappointments will find expression, faceless articles or statements which if not carefully managed, can create a crisis and a negative atmosphere.”

The former governor said he had always made it known to political aspirants and indeed the PDP family that he didn’t have any preferred candidate outside of those to be endorsed and supported by the governor and the stakeholders.