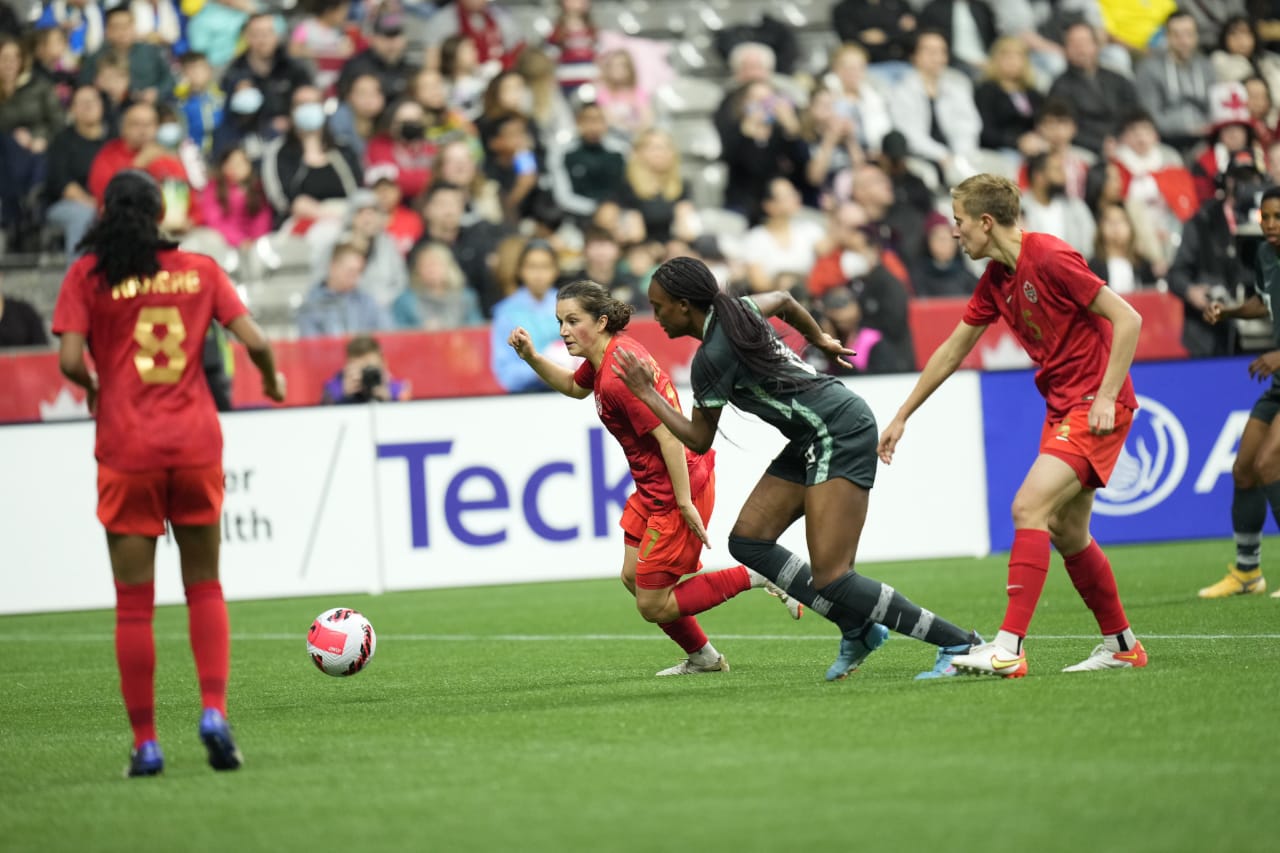 Both teams squared up in the second of their two-match bouquet at Starlight Stadium in the North American country Tuesday morning.

Before kickoff, Jessie Fleming was presented with her 2021 Canada Soccer Player of the Year Award by Canada Soccer Vice-President Charmaine Crooks.

Nigeria opened the scoring early in the match after drawing a foul on the outside corner of the 18-yard box. The free-kick fell to Ifeoma Onumonu who put it in the net with a backheel in the fifth minute.

In the 27′ Janine Beckie rattled a shot off of the post. The rebound fell to Kadeisha Buchanan who had her attempt on net blocked by a Nigerian defender on the goal line.

Early in the second half, Christine Sinclair created a turnover in the middle of the pitch, and catching the Nigerian keeper off her line, beat the keeper with a chip from distance to even the score in the 48′

Nigeria would retake the lead just moments later in the 53′ with a cross into the box that took an awkward bounce before ending up in the back of the net.

In the 53′ Zoe Burns entered the match, marking her senior debut.

Christine Sinclair would attempt another chip, this time from a near-impossible angle that hit the underside of the crossbar and somehow stayed out of the net.

However, the equaliser would come. In the 87′ Shelina Zadorsky got her head onto a cross from Janine Beckie, burying the tying goal. Zadorsky was named the Performance of the Match, fuelled by Gatorade.

The two-match tour is part of the Nigeria Football Federation’s general plan to prepare the Falcons adequately for the 12th Women Africa Cup of Nations finals taking place in Morocco 2nd – 23rd July this year, at which Africa’s four flag-bearers at next year’s FIFA Women’s World Cup finals in Australia/New Zealand will emerge.